Moog synthesizer may refer to any number of analog synthesizers designed by Dr. Robert Moog or manufactured by Moog Music, and is commonly used as a generic term for older-generation analog music synthesizers. The Moog company pioneered the commercial manufacture of modular voltage-controlled analog synthesizer systems in the mid 1960s. The technological development that led to the creation of the Moog synthesizer was the invention of the transistor, which enabled researchers like Moog to build electronic music systems that were considerably smaller, cheaper and far more reliable than earlier vacuum tube-based systems.

The Moog company pioneered the commercial manufacture of modular voltage-controlled analog synthesizer systems. Company founder Dr. Robert Arthur Moog had begun manufacturing and selling vacuum-tube theremins in kit form while he was a student in the early 1950s and marketed his first transistorized theremin kits in 1961.Moog became interested in the design and construction of complex electronic music systems in the mid-1960s while completing a Ph.D. in Engineering Physics at Cornell University. The burgeoning interest in his designs enabled him to establish a small company (R. A. Moog Co., which became Moog Music and later, Moog Electronics) to manufacture and market the new devices.

Pioneering electronic music experimenters like Leon Theremin, Louis and Bebe Barron, Christopher R. Morgan, and Raymond Scott had built sound-generating devices and systems of varying complexity, and several large electronic synthesizers (e.g. the RCA Mark II Sound Synthesizer) had been built before the advent of the Moog, but these were essentially unique, custom-built devices or systems. Electronic music studios typically had many oscillators, filters and other devices to generate and manipulate electronic sound. In the case of the electronic score for the 1955 science fiction film Forbidden Planet, the Barrons had to design and build many circuits to produce particular sounds, and each could only perform a limited range of functions.

Early electronic music performance devices like the Theremin were also relatively limited in function. The classic Theremin, for example, produces only a simple sine wave tone, and the antennae that control the pitch and volume respond to small changes in the proximity of the operator's hands to the device, making it difficult to play accurately. 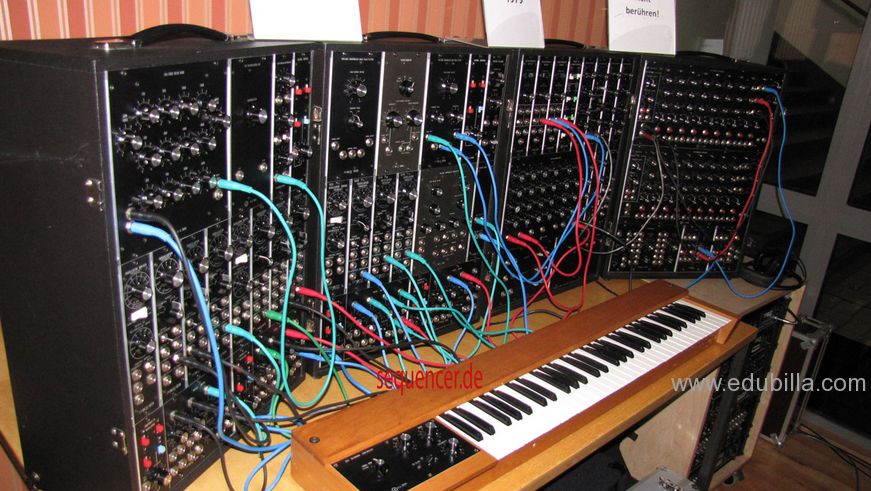 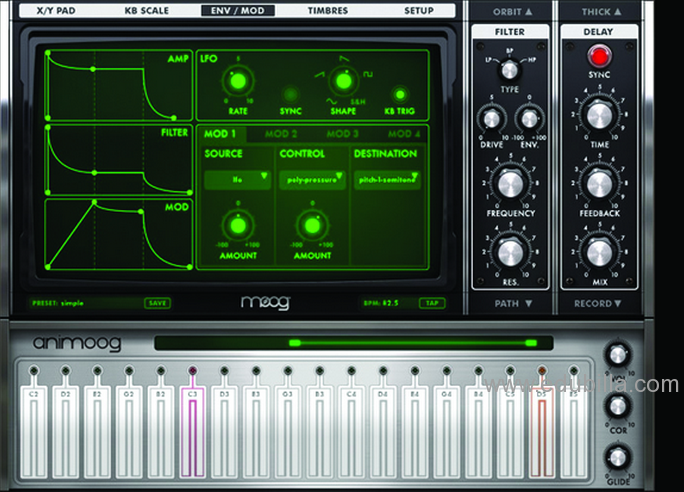