The Pedal Radio (or Pedal Wireless) is a radio powered by a pedal-driven generator. It was developed by Alfred Traeger in 1929 as a way of providing radio communications to remote homesteads in the Australian outback. At the time there was no mains or generator power available, and batteries to provide the power required would have been too expensive.

The pedal wireless was invented by Alfred Traeger in Adelaide in 1927. It is a pedal powered generator connected to a transceiver - a combined transmitter and receiver. Traeger was born in Victoria but grew up on a property at Balaklava to Adelaide's north. As Traeger had no inclination towards farming, his father suggested that he enrol in mechanical and electrical engineering at the South Australian School of Mines and Industry.

Reverend John Flynn of the Australian Inland Mission (AIM) established the AIM Aerial Medical Service (later the Royal Flying Doctor Service - RFDS) in 1928, with the first base at Cloncurry, Queensland. The Service sent doctors by aircraft to the scene of medical emergencies in remote parts of Australia. The one main drawback of Flynn's plan was that there was often no telephone or radio link between the remote homesteads and the AIM Aerial Medical Service base and many had to travel a long way to be able to contact the service.

Australia is a fair sized place. Its land area is four-fifths that of the U. S., and the drive from Sydney to Perth is similar to the New York-Los Angeles run, except with fewer people and more desert. Eighty-five percent of the country's population lives in urban areas, mostly on the eastern and southern seaboards.

So when radio took off in the early 1920s, it was hailed as the magic bullet for loneliness in the great outback. Radio magazines and newspapers of the time crowed that wireless, as it was usually called, would help catch crooks, save lives, and educate the masses, but mostly that it would bring isolated people together.

It soon became obvious the talk was all hot air. Benevolence disappeared when serious broadcasting began in 1923. If people in the interior could afford a sophisticated 5- or 6-tube outfit, which would pick up an occasional capital city program when conditions allowed, then good luck to them.

While Aborigines had learned to survive the arid interior, European immigrants found the isolation hard to bear. Giant pastoral ranches of thousands of square miles meant women and children often had no outside human contact for months at a time. Clearly the situation cried out for more than flukey broadcast reception. These people needed a voice as well as ears.

Traeger first worked with Flynn when he assisted him in establishing radio communication (by Morse code) between Alice Springs and the Hermannsburg Mission (about 130 kilometres west of Alice Springs) in November 1926. Encouraged by Flynn, Traeger began refining the radio equipment used and developed a compact generator by which the transceiver could be powered. But the difficulty remained that the radio required two people to work - one to crank the generator and the other to send the Morse code. By late 1927 Traeger had refined his generator to be powered by pedals so that a single operator generate power with his feet leaving has hands free to operate the radio itself.

In 1929, the first pedal wireless was installed at Augustus Downs near Cloncurry, Queensland. In 1931 Traeger added a keyboard that sent out a Morse message when the equivalent letter key was struck, so knowledge of Morse was no longer needed to operated the pedal wireless.

The AIM Aerial Medical Service and RFDS radio networks not only helped those living in remote areas in medical emergencies, but being able to contact one another helped with feelings of isolation and loneliness and was also vital part of the establishment of the School of the Air in Alice Springs in 1951. 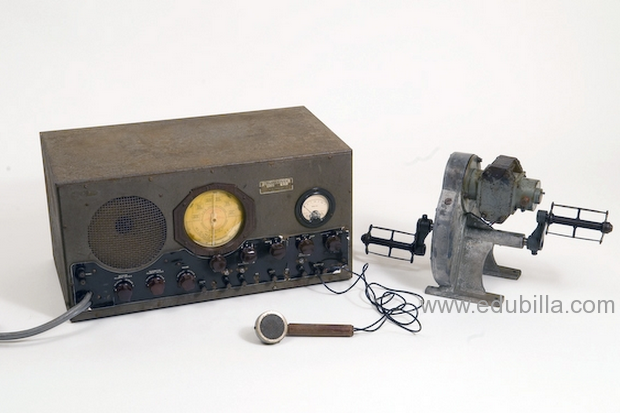 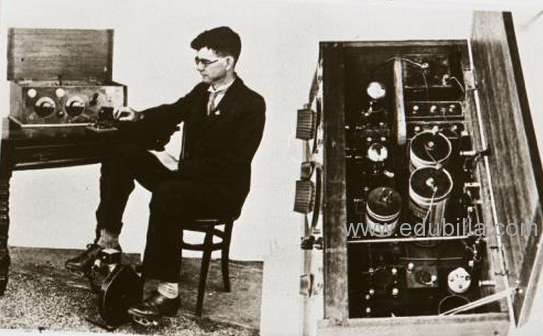