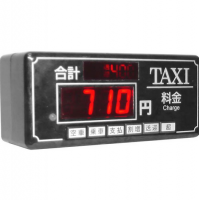 A taximeter is a mechanical or electronic device installed in taxicabs and auto rickshaws that calculates passenger fares based on a combination of distance travelled and waiting time. It is the shortened form of this word that gives the "taxi" its name.

The modern taximeter was invented by German Friedrich Wilhelm Gustav Bruhn in 1891,and the Daimler Victoria—the world's first meter-equipped (and gasoline-powered) taxicab—was built by Gottlieb Daimler in 1897.

Taximeters were originally mechanical and mounted outside the cab, above the driver's side front wheel. Meters were soon relocated inside the taxi, and in the 1980s electronic meters were introduced, doing away with the once-familiar ticking sound of the meter's timing mechanism.

In some locations, taxicabs display a small illuminated sign indicating if they are free (available). In Argentina, this sign is called a "banderita" (little flag), a carryover term from the days of mechanical taximeters, in which a little flag was turned to wind up the mechanism. The flag would be hidden at the start of a trip and moved to the visible position at the end. 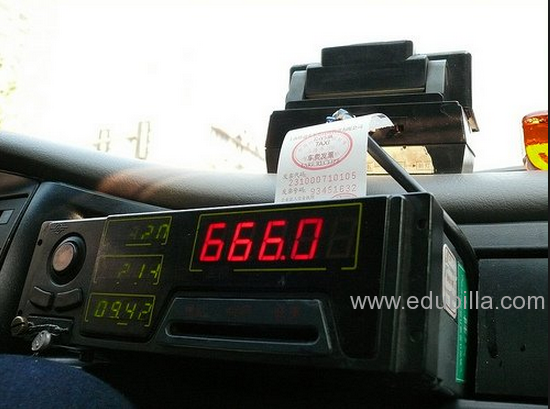 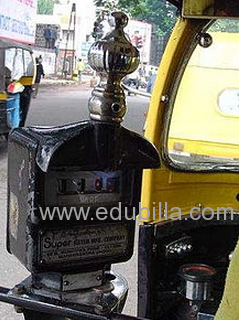