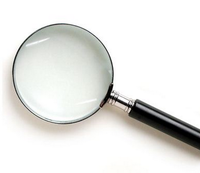 A magnifying glass is a convex lens that is used to produce a magnified image of an object. The lens is usually mounted in a frame with a handle.A sheet magnifier consists of many very narrow concentric ring-shaped lenses, such that the combination acts as a single lens but is much thinner. This arrangement is known as a Fresnel lens.The magnifying glass is an icon of detective fiction, particularly that of Sherlock Holmes.

The earliest evidence of a magnifying device was a joke in Aristophanes's The Clouds from 424 BC, where magnifying lenses to start kindling were sold in a pharmacy, and Pliny the Elder's "lens", a glass globe filled with water, used to cauterize wounds.Roger Bacon described the properties of a magnifying glass in 13th-century England. Eyeglasses were developed in 13th-century Italy.

The magnification of a magnifying glass depends upon where it is placed between the user's eye and the object being viewed, and the total distance between them. The magnifying power is equivalent to angular magnification (this should not be confused with optical power, which is a different quantity). The magnifying power is the ratio of the sizes of the images formed on the user's retina with and without the lens.For the "without" case, it is typically assumed that the user would bring the object as close to the eye as possible without it becoming blurry. This point, known as the near point, varies with age. In a young child it can be as close as 5 cm, while in an elderly person it may be as far as one or two metres. Magnifiers are typically characterized using a "standard" value of 0.25 m.

The highest magnifying power is obtained by putting the lens very close to the eye and moving the eye and the lens together to obtain the best focus. The object will then typically also be close to the lens. The magnifying power obtained in this condition is MP0 = (0.25 m)? + 1, where ? is the optical power in dioptres, and the factor of 0.25 m represents the assumed near point (¼ m from the eye). This value of the magnifying power is the one normally used to characterize magnifiers. It is typically denoted "m×", where m = MP0. This is sometimes called the total power of the magnifier (again, not to be confused with optical power).

Magnifiers are not always used as described above, however. It is much more comfortable to put the magnifier close to the object (one focal length away). The eye can then be a larger distance away, and a good image can be obtained very easily; the focus is not very sensitive to the eye's exact position.

A typical magnifying glass might have a focal length of 25 cm, corresponding to an optical power of 4 dioptres. Such a magnifier would be sold as a "2×" magnifier. In actual use, an observer with "typical" eyes would obtain a magnifying power between 1 and 2, depending on where lens is held.

Using this principle, a magnifying glass can also be used to focus light, such as to concentrate the sun's radiation to create a hot spot at the focus. 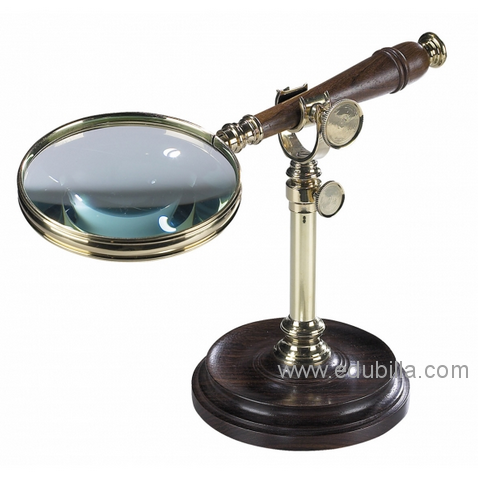 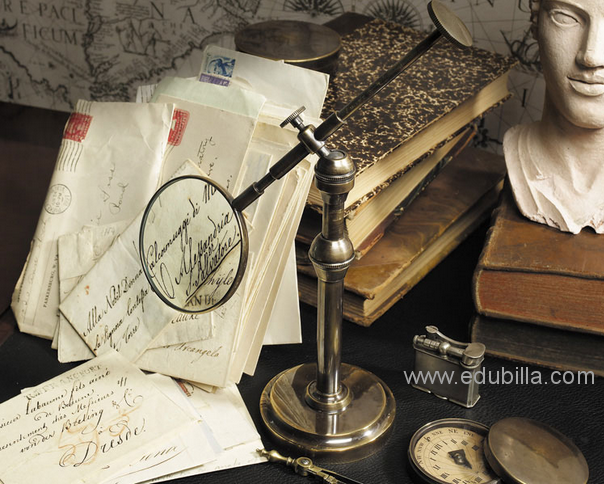