MIDI(Musical Instrument Digital Interface) is a technical standard that describes a protocol, digital interface and connectors and allows a wide variety of electronic musical instruments, computers and other related devices to connect and communicate with one another.A single MIDI link can carry up to sixteen channels of information, each of which can be routed to a separate device.

By the end of the 1970s, electronic musical devices were becoming increasingly common and affordable in North America, Europe and Japan. Early analog synthesizers were usually monophonic, and controlled via a voltage produced by their keyboards. Manufacturers used this voltage to link instruments together so that one device could control one or more others, but this system was inadequate for control of newer polyphonic and digital synthesizers.Some manufacturers created systems that allowed their own equipment to interconnect, but the systems were incompatible, so one manufacturer's systems could not synchronize with those of another.

In June 1981, Roland founder Ikutaro Kakehashi proposed the idea of standardization to Oberheim Electronics founder Tom Oberheim, who then talked it over with Sequential Circuits president Dave Smith. In October 1981, Kakehashi, Oberheim and Smith discussed the idea with representatives from Yamaha, Korg and Kawai.

Sequential Circuits engineers and synthesizer designers Dave Smith and Chet Wood devised a universal synthesizer interface, which would allow direct communication between equipment from different manufacturers. Smith proposed this standard at the Audio Engineering Society show in November 1981.Over the next two years, the standard was discussed and modified by representatives of companies such as Roland, Yamaha, Korg, Kawai, Oberheim, and Sequential Circuits,and was renamed Musical Instrument Digital Interface.MIDI's development was announced to the public by Robert Moog, in the October 1982 edition of Keyboard magazine.

By the time of the January 1983 Winter NAMM Show, Smith was able to demonstrate a MIDI connection between his Prophet 600 analog synthesizer and a Roland JP-6. The MIDI Specification was published in August 1983.The MIDI standard was unveiled by Ikutaro Kakehashi and Dave Smith, who both later received Technical Grammy Awards in 2013 for their key roles in the development of MIDI. 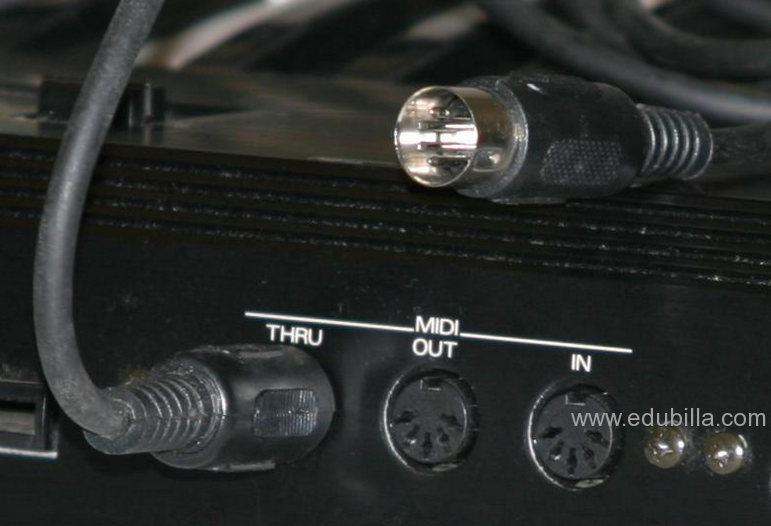 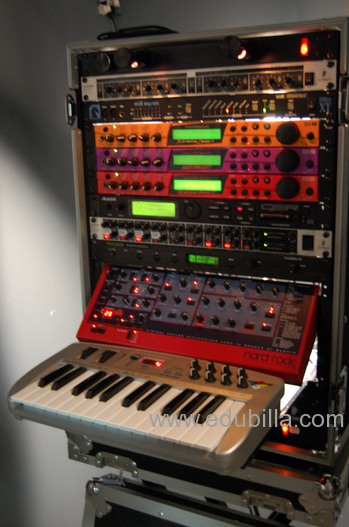