The saxhorn is a valved brass instrument with a conical bore and deep cup-shaped mouthpiece. The sound has a characteristic mellow quality, and blends well with other brass.

Saxhorn,  any of a family of brass wind instruments patented by the Belgian instrument-maker Antoine-Joseph Sax, known as Adolphe Sax, in Paris in 1845. Saxhorns, one of many 19th-century developments from the valved bugle, provided military bands with a homogeneous series of valved brass in place of the miscellany of valved instruments that had come into use since 1825 (such as flügelhorns, or valved bugles; cornets; euphoniums; and others).

Saxhorns, from sopranino to contrabass, have a wide, buglelike bore, in contrast to Sax’s parallel but short-lived saxo-tromba family, and they are frequently called by the names of other valved brass instruments of similar pitch. The deeper-pitched saxhorns remain regular brass band instruments in France, Great Britain, and the United States, where they are not known as saxhorns but simply as alto in E? (in Britain, tenor horn), tenor in B? (baritone), the wider-bore baritone in B? (euphonium), and bass in E? and contrabass in BB? (sometimes called tubas). 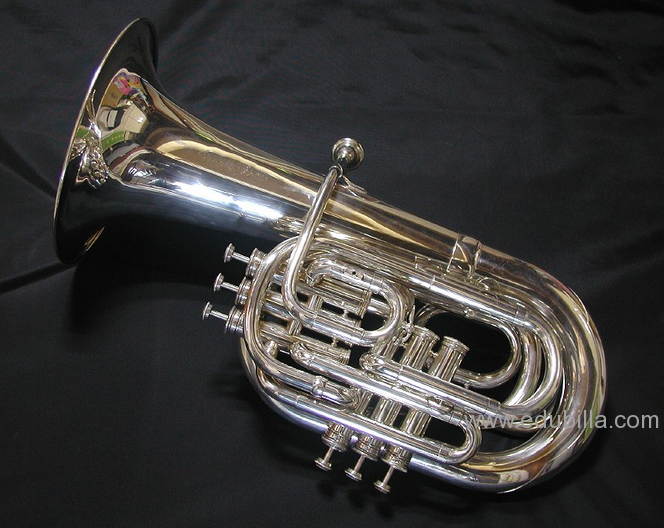 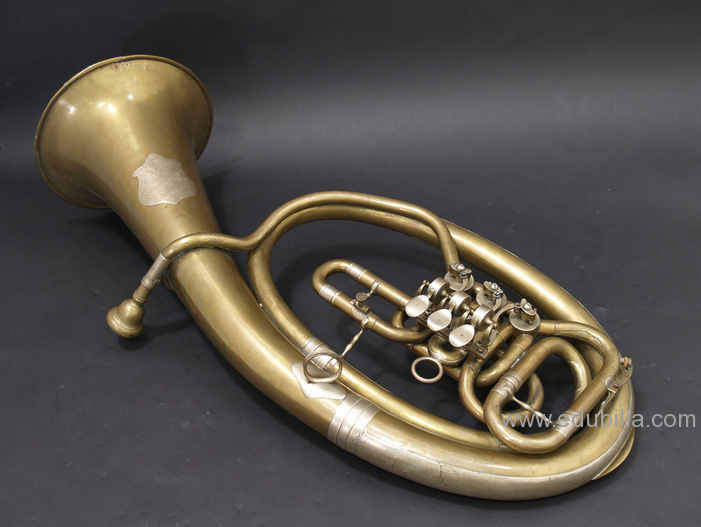