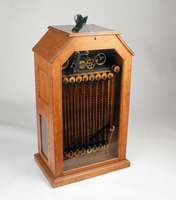 The Kinetoscope is an early motion picture exhibition device. The Kinetoscope was designed for films to be viewed by one individual at a time through a peephole viewer window at the top of the device. The Kinetoscope was not a movie projector but introduced the basic approach that would become the standard for all cinematic projection before the advent of video, by creating the illusion of movement by conveying a strip of perforated film bearing sequential images over a light source with a high-speed shutter. First described in conceptual terms by U.S. inventor Thomas Edison in 1888, it was largely developed by his employee William Kennedy Laurie Dickson between 1889 and 1892.Dickson and his team at the Edison lab also devised the Kinetograph, an innovative motion picture camera with rapid intermittent, or stop-and-go, film movement, to photograph movies for in-house experiments and, eventually, commercial Kinetoscope presentations.

Edison’s initial concept for his motion picture device was based on the phonograph’s cylinder. Small photographic images following a sequence were attached to a cylinder, with the idea that an illusion of motion through reflected light would be created as the cylinder rotated. However, tests showed that it was ineffective.

Later in France, the meeting of Edison and physiologist Etienne-Jules Marey perhaps helped tilt the development to the right direction. Marey was able to produce a set of sequential still images using continuous rolls of film, calling the technique chronophotography.

However, since the film rolls were not long enough and sturdy enough, Edison and his crew were not able to build a device based on Marey’s technique. Finally, when emulsion-coated celluloid films were developed by John Carbutt, Edison started using them for testing during the kinetoscope’s development. Eastman Company eventually started producing its own celluloid films, which Dickson soon began purchasing by bulk. Working under this new direction, Dickson, along with a new assistant, started creating a device with a horizontal-feed system for exposing film strips.

And thus, the kinetoscope was born. The prototype, which was also a camera aside from a peep-hole viewer, was unveiled on May 20, 1891. It used 18mm wide films, which, according to author David Robinson, “ran horizontally between two spools, at continuous speed.”

On August 24, 1891, Edison filed the patent for the camera (kinetograph) — peep-hole viewer (kinetoscope) set-up, indicating the film width to be 35mm and the possibility of using a cylinder for future upgrades.

The final product was completed in 1892, sporting a minor change: the horizontal-feed mechanism was replaced with a vertical one. It was formally introduced to the public on May 9, 1893 at the Brooklyn Institute of Arts and Sciences. To watch a clip of moving images, the viewer would peek into a peep-hole with magnifying lenses on top of the cabinet. 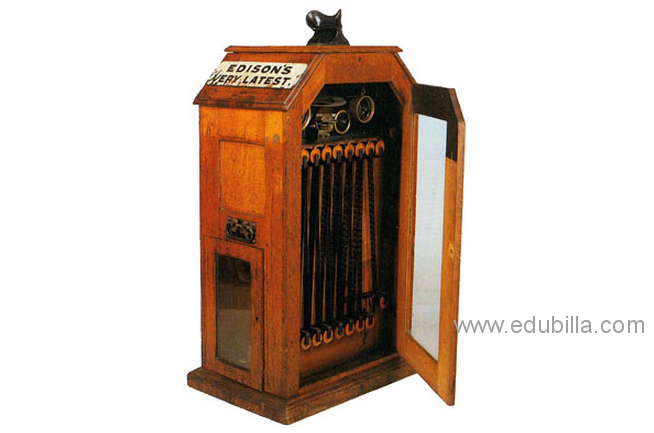 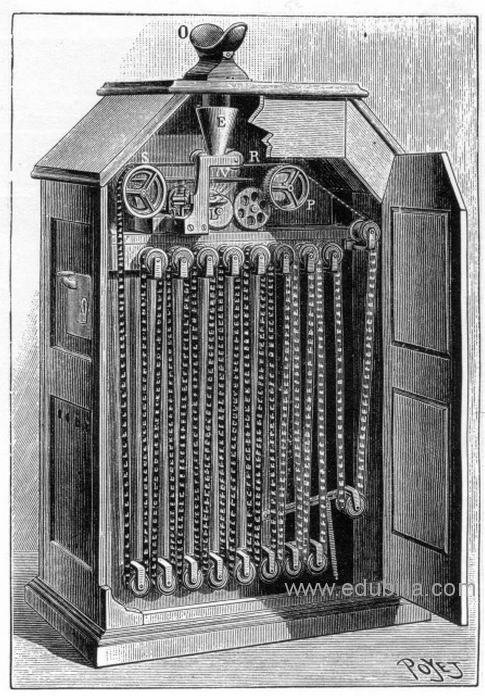