In 1898 at an exhibition at Madison Square Garden Nikola Tesla demonstrated a small unmanned boat that was radio controlled. In a bit of showmanship Tesla entertained the audience to make it seem that the boat could apparently obey commands from the audience but was in fact controlled by Tesla interpreting the verbal requests and sending appropriate frequencies to tuned circuits in the boat.John Hays Hammond Jr is regarded as the father of radio control due to experiments as an apprentice of Thomas Edison at the age of twelve. Hammond was a close friend of Tesla and they performed experiments together in his lab located in his castle. He learned a great deal from his exposure to Tesla. Tesla was granted a US patent on this invention on July 1st, 1898.In 1903, the Spanish engineer Leonardo Torres y Quevedo presented the "Telekino" at the Paris Academy of Science, and was granted a patent in France, Spain, Great Britain and the United States.In 1904, Bat, a Windermere steam launch, was controlled using experimental radio control by its inventor, Jack Kitchen.

In 1909 the French inventor Gabet demonstrated what he called his "Torpille Radio-Automatique", a radio controlled torpedo.In 1917, Archibald Low as head of the RFC Experimental Works, was the first person to use radio control successfully on an aircraft.

In the 1920s, various radio-controlled ships were used for naval artillery target practice. In 1922, the obsolete, US Navy battleship USS Iowa became the first of these target ships.Radio control gear, developed by the radio engineer John Hays Hammond, Jr., was installed before her sinking in gunnery exercise in March 1923.

The Soviet Red Army used remotely controlled teletanks during the 1930s in the Winter War against Finland and fielded at least two teletank battalions at the beginning of the Great Patriotic War. A teletank is controlled by radio from a control tank at a distance of 500–1,500 meters, the two constituting a telemechanical group. There were also remotely controlled cutters and experimental remotely controlled planes in the Red Army. In the 1930s Britain developed the radio controlled Queen Bee, a remotely controlled unmanned Tiger Moth aircraft for a fleet's gunnery firing practice. The Queen Bee was superseded by the similarly named Queen Wasp, a later, purpose built, target aircraft of higher performance. 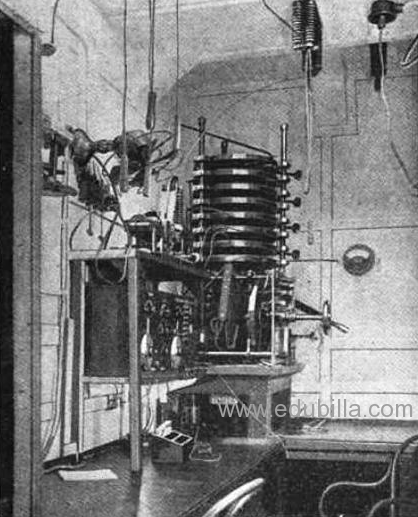