A marine chronometer is a clock that is precise and accurate enough to be used as a portable time standard; it can therefore be used to determine longitude by means of celestial navigation. When first developed in the 18th century, it was a major technical achievement, as accurate knowledge of the time over a long sea voyage is necessary for navigation, lacking electronic or communications aids. The first true chronometer was the life work of one man, John Harrison, spanning 31 years of persistent experimentation and testing that revolutionized naval (and later aerial) navigation and enabling the Age of Discovery and Colonialism to accelerate.

The term chronometer (apparently coined in 1714 by Jeremy Thacker, an early competitor for the prize set by the Longitude Act in the same year) is used more recently to describe wristwatches tested and certified to meet certain precision standards. Timepieces made in Switzerland may display the word 'chronometer' only if certified by the COSC (Official Swiss Chronometer Testing Institute).

To determine a position on the Earth's surface, it is necessary and sufficient to know the latitude, longitude, and altitude. Altitude considerations can, of course, be ignored for vessels operating at sea level. Until the mid-1750s, accurate navigation at sea out of sight of land was an unsolved problem due to the difficulty in calculating longitude. Navigators could determine their latitude by measuring the sun's angle at noon (i.e., when it reached its highest point in the sky, or culmination) or, in the Northern Hemisphere, to measure the angle of Polaris (the North Star) from the horizon (usually during twilight). To find their longitude, however, they needed a time standard that would work aboard a ship. Observation of regular celestial motions, such as Galileo's method based on observing Jupiter's natural satellites, was usually not possible at sea due to the ship's motion. The Lunar Distance Method, initially proposed by Johannes Werner in 1514, was developed in parallel with the marine chronometer. The Dutch scientist Gemma Frisius was the first to propose the use of a chronometer to determine longitude in 1530.

The purpose of a chronometer is to measure accurately the time of a known fixed location, for example Greenwich Mean Time (GMT). This is particularly important for navigation. Knowing GMT at local noon allows a navigator to use the time difference between the ship's position and the Greenwich Meridian to determine the ship's longitude. As the Earth rotates at a regular rate, the time difference between the chronometer and the ship's local time can be used to calculate the longitude of the ship relative to the Greenwich Meridian (defined as 0°) using spherical trigonometry. In modern practice, a nautical almanac and trigonometric sight-reduction tables permit navigators to measure the Sun, Moon, visible planets, or any of 57 navigational stars at any time that the horizon is visible.

The creation of a timepiece which would work reliably at sea was difficult. Until the 20th century the best timekeepers were pendulum clocks, but both the rolling of a ship at sea and the up to 0.2% variations in the gravity of Earth made a simple gravity-based pendulum useless both in theory and in practice. 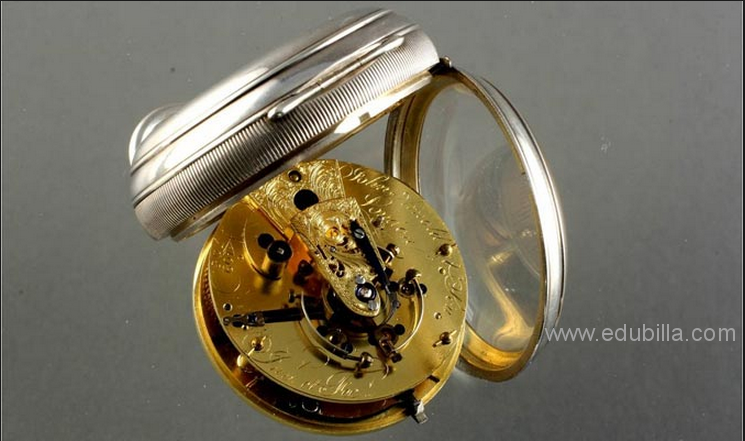 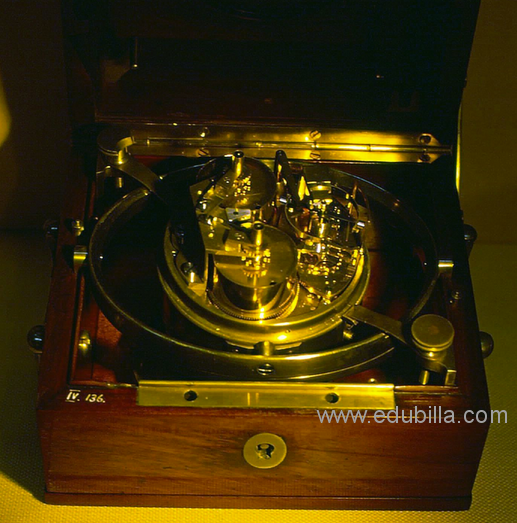