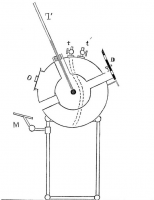 An actinometer is a device that is used to measure the intensity of solar radiation. It is a chemical system that determines the number of photons by measuring the rate of change of photoinduced responses in a chemical system.

The actinometer was first invented by John Herschel in 1825. It works based on the principle that the rate of photolytical conversion of molecules within an actinometer cell is equal to the rate of absorption of photons in the actinometer.

A physical device such as a bolometer, photodiode and photomultiplier is employed to convert the incident photon energy into a quantifiable electrical signal. However, a chemical actinometer is the most widely used device in which the quantum yield of a reference substance undergoing a photochemical reaction is determined and calibrated.

For an efficient actinometer, this quantum yield has to be independent of oxygen, trace impurities, temperature and excitation wavelength.

The actinometer gas is exposed to actinic flux without altering the radiation intensity and spectral composition significantly. For this reason, a transparent quartz cell having a suitable geometrical shape is employed, and gases with small optical absorbance values are used. Based on these conditions, the photolysis frequency can be easily evaluated.

There are two basic modes of actinometric operation: static batch mode and flowing gas mode. In the static batch mode, the photolysis reactor is filled with actinometer gas, sealed off by a gas valve and covered with an opaque hood to prevent exposure to sunlight.

In the other mode of operation, the actinometer gas is constantly passed into the reactor that is exposed to solar radiation. In this case, the time interval is considered to be the mean residence time of the gas in the illuminated reactor.

When the gas passes through the reactor, its composition is analyzed using an online gas detector. Photolysis frequencies can be continuously monitored in this mode.

The actinometers are chiefly used in meteorology to measure solar radiation transmitted by the sun, reflected by the earth or scattered by the atmosphere. They are used in photochemical experiments that involve complex irradiation geometry. In addition, actinometers serve as a first choice for calibrating photochemical detectors used for radiation measurements.

These instruments can be combined with joulemeters for measuring laser pulse energies. The actinometers tend to lose sensitivity and precision at high laser pulses owing to various photon processes taking place at high photon densities. However, repeated calibration of actinometers with controlled accuracy can be ensured upon the realization of linearity of the joulemeter readout. 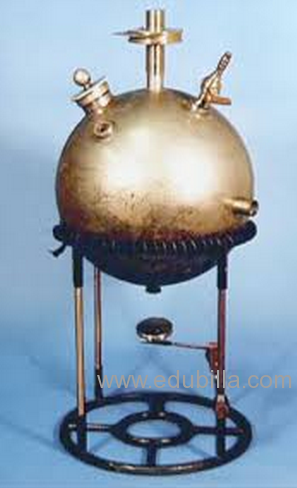