A loudspeaker is an electroacoustic transducer; a device which converts an electrical audio signal into a corresponding sound.The first crude loudspeakers were invented during the development of telephone systems in the late 1800s, but electronic amplification by vacuum tube beginning around 1912 made loudspeakers truly practical. By the 1920s they were used in radios, phonographs, public address systems and theatre sound systems for talking motion pictures.

The most popular speaker used today is the dynamic speaker, invented in 1925 by Edward W. Kellogg and Chester W. Rice. The dynamic speaker operates on the same basic principle as a dynamic microphone, but in reverse, to produce sound from an electrical signal. When an alternating current electrical audio signal input is applied through the voice coil, a coil of wire suspended in a circular gap between the poles of a permanent magnet, the coil is forced to move rapidly back and forth due to Faraday's law of induction, which causes a diaphragm (usually conically shaped) attached to the coil to move back and forth, pushing on the air to create sound waves. Besides this most common method, there are several alternative technologies that can be used to convert an electrical signal into sound.

Where high fidelity reproduction of sound is required, multiple loudspeakers may be used, each reproducing a part of the audible frequency range. Miniature loudspeakers are found in devices such as radio and TV receivers, and many forms of music players. Larger loudspeaker systems are used for music, sound reinforcement in theatres and concerts, and in public address systems.

Speakers are typically housed in an enclosure which is often a rectangular or square box made of wood or sometimes plastic.

Johann Philipp Reis installed an electric loudspeaker in his telephone in 1861; it was capable of reproducing clear tones, but also could reproduce muffled speech after a few revisions.Alexander Graham Bell patented his first electric loudspeaker (capable of reproducing intelligible speech) as part of his telephone in 1876, which was followed in 1877 by an improved version from Ernst Siemens. Nikola Tesla reportedly made a similar device in 1881, but he was not issued a patent.During this time, Thomas Edison was issued a British patent for a system using compressed air as an amplifying mechanism for his early cylinder phonographs, but he ultimately settled for the familiar metal horn driven by a membrane attached to the stylus. In 1898, Horace Short patented a design for a loudspeaker driven by compressed air; he then sold the rights to Charles Parsons, who was issued several additional British patents before 1910. A few companies, including the Victor Talking Machine Company and Pathé, produced record players using compressed-air loudspeakers. However, these designs were significantly limited by their poor sound quality and their inability to reproduce sound at low volume. Variants of the system were used for public address applications, and more recently, other variations have been used to test space-equipment resistance to the very loud sound and vibration levels that the launching of rockets produces.

The modern design of moving-coil (also called dynamic) drivers was established by Oliver Lodge in 1898.The first practical application of moving-coil loudspeakers was established by Danish engineer Peter L. Jensen and Edwin Pridham, in Napa, California. Jensen was denied patents. Being unsuccessful in selling their product to telephone companies, in 1915 they changed strategy to public address, and named their product Magnavox. Jensen was, for years after the invention of the loudspeaker, a part owner of The Magnavox Company.

The moving-coil principle commonly used today in direct radiators was patented in 1924 by Chester W. Rice and Edward W. Kellogg. The key difference between previous attempts and the patent by Rice and Kellogg is the adjustment of mechanical parameters so that the fundamental resonance of the moving system is below the frequency where the cone's radiation impedance becomes uniform.

These first loudspeakers used electromagnets, because large, powerful permanent magnets were generally not available at a reasonable price. The coil of an electromagnet, called a field coil, was energized by current through a second pair of connections to the driver. This winding usually served a dual role, acting also as a choke coil, filtering the power supply of the amplifier that the loudspeaker was connected to. AC ripple in the current was attenuated by the action of passing through the choke coil. However, AC line frequencies tended to modulate the audio signal going to the voice coil and added to the audible hum.

In the 1930s, loudspeaker manufacturers began to combine two and three bandpasses' worth of drivers in order to increase frequency response and sound pressure level.In 1937, the first film industry-standard loudspeaker system, "The Shearer Horn System for Theatres"(a two-way system), was introduced by Metro-Goldwyn-Mayer. It used four 15? low-frequency drivers, a crossover network set for 375 Hz, and a single multi-cellular horn with two compression drivers providing the high frequencies. John Kenneth Hilliard, James Bullough Lansing, and Douglas Shearer all played roles in creating the system. At the 1939 New York World's Fair, a very large two-way public address system was mounted on a tower at Flushing Meadows. The eight 27? low-frequency drivers were designed by Rudy Bozak in his role as chief engineer for Cinaudagraph. High-frequency drivers were likely made by Western Electric.

Altec Lansing introduced the 604, which became their most famous coaxial Duplex driver, in 1943. It incorporated a high-frequency horn that sent sound through the middle of a 15-inch woofer for near-point-source performance.Altec's "Voice of the Theatre" loudspeaker system arrived in the marketplace in 1945, offering better coherence and clarity at the high output levels necessary in movie theaters.The Academy of Motion Picture Arts and Sciences immediately began testing its sonic characteristics; they made it the film house industry standard in 1955.In 1954, Edgar Villchur developed the acoustic suspension principle of loudspeaker design in Cambridge, Massachusetts. This allowed for better bass response from loudspeakers mounted in smaller cabinets. He and his partner Henry Kloss formed the Acoustic Research company to manufacture and market speaker systems using this principle. Subsequently, continuous developments in enclosure design and materials led to significant audible improvements.The most notable improvements in modern speakers are improvements in cone materials, the introduction of higher-temperature adhesives, improved permanent magnet materials, improved measurement techniques, computer-aided design, and finite element analysis. 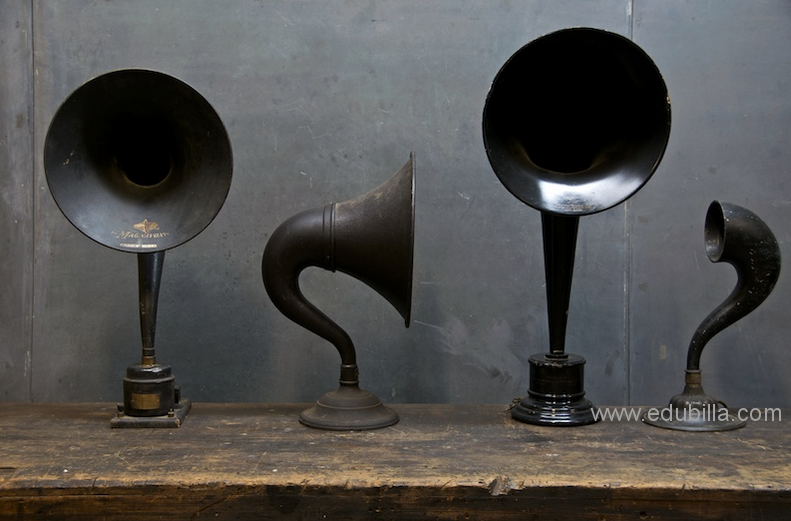 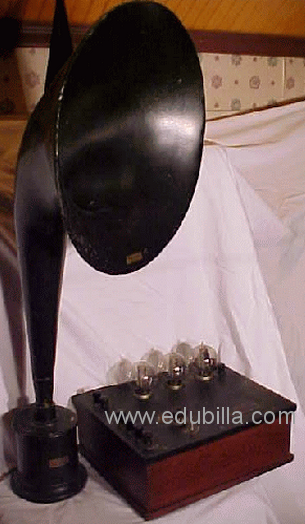