The water frame is the name given to a water-powered spinning frame developed by Richard Arkwright, who patented the technology in 1769. The design was partly based on a spinning machine built for Thomas Highs by clock maker John Kay, who was hired by Arkwright.

For each spindle, the water frame used a series of four pairs of rollers, each operating at a successively higher rotating speed, to draw out the fibre, which was then twisted by the spindle. The roller spacing was slightly longer than the fiber length. Too close a spacing caused the fibers to break while too distant a spacing caused uneven thread. The top rollers were leather covered and loading on the rollers was applied by a weight. The weights kept the twist from backing up before the rollers. The bottom rollers were wood and metal, with a flute along the length.

In 1771, Arkwright installed the water frame in his cotton mill at Cromford, Derbyshire, on the River Derwent, creating one of the first factories that was specifically built to house machinery rather than just bringing workers together. It was one of the first instances of the working day being determined by the clock instead of the daylight hours, of people being employed rather than just contracted. In its final form, combined with his carding machine, it was the first factory to use a continuous process from raw material to finished product in a series of operations.Called by his contemporaries ""the father of the factory system"", he is considered an innovator as he combined water power, the water frame, and continuous production with modern employment practices. 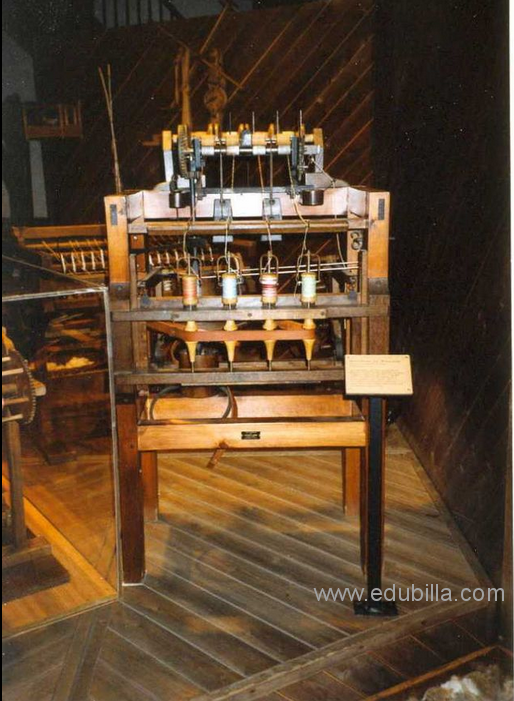 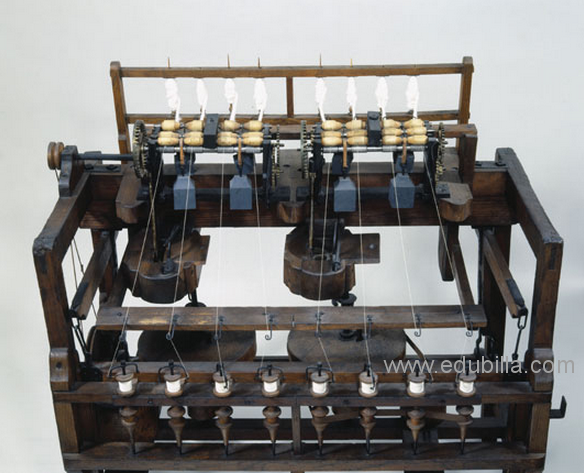