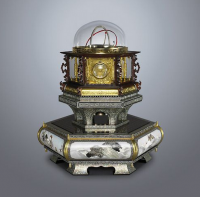 The Myriad year clock was a universal clock designed by the Japanese inventor Hisashige Tanaka in 1851. It belongs to the category of Japanese clocks called Wadokei. This clock is designated as an Important Cultural Asset by the Japanese government.

The clock is driven by a spring. Once it is fully wound, it can work for one year without another winding. It can show the time in 7 ways (such as usual time, the day of the week, month, moon phase, Japanese time, Solar term). It also rings chimes every hour. It consists of more than 1,000 parts to realize these complex functions, and it is said that Tanaka made all the parts by himself with simple tools such as files and saws. It took more than three years for him to finish the assembly.

In 2004 the Japanese government funded a project aimed at making a copy of this clock. More than 100 engineers joined the project and it took more than 6 months with the latest industrial technologies. However, even then it was not possible to make exact copies of some parts, such as the brass metal plate used as its spring, before the presentation at Expo 2005.The original clock is displayed at the National Museum of Nature and Science, while a copy is at Toshiba Corporation. The clock, technologically comparable to contemporary Western clocks, was developed through a combination of Japanese ingenuity and study of Dutch sciences ("rangaku"), during Japan's seclusion period.

The clock was listed in the Mechanical Engineering Heritage as item No. 22 in 2007. 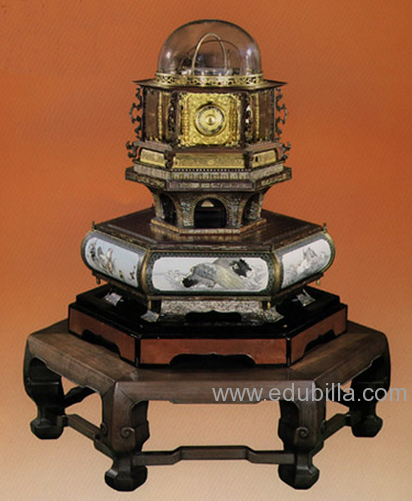 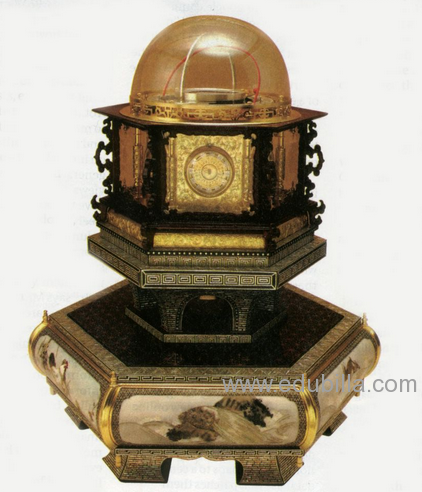