The saxtuba is an obsolete valved brasswind instrument conceived by the Belgian instrument-maker Adolphe Sax around 1845.The design of the instrument was inspired by the ancient Roman cornu and tuba. The saxtubas, which comprised a family of half-tube and whole-tube instruments of varying pitches, were first employed in Fromental Halévy's opera Le Juif errant (The Wandering Jew) in 1852. Their only other public appearance of note was at a military ceremony on the Champ de Mars in Paris in the same year.

In the 1770s, the French artist Jacques-Louis David carried out extensive researches into the ancient Roman instruments that appeared on Trajan's Column in Rome. Two of these instruments – the straight tuba and the curved cornu – were revived in Revolutionary France as the buccin and tuba curva.To devise the saxtubas Sax merely added valves to these natural instruments, thus providing them with chromatic compasses. Furthermore, he designed them in such a way that the valves were hidden from general view, thus giving the impression that the instruments were primitive natural trumpets only capable of playing notes from a single harmonic series.

The saxtuba was apparently first conceived by Sax at his workshop in the Rue Saint-Georges in Paris around 1845.On 5 May 1849 Sax applied for a patent for a series of brasswind instruments fitted with cylinders. On 16 July 1849 he was granted French Patent 8351.Like Sax's saxhorns and saxotrombas, which were also covered by this patent, the saxtubas were equipped with pavillons tournants – that is to say, their bells pointed forward – which was considered ideal for instruments intended to be played by marching or mounted bands in the open air.

The cylinders referred to in the patent application were piston valves which allowed the player to lower the pitch of the instrument's natural or open harmonics by one or more semitones. In 1843 Sax had patented his own version of the Berlin piston valve (i.e. the Berliner Pumpenventil, which had been invented independently by Heinrich Stölzel in 1827 and Wilhelm Friedrich Wieprecht in 1833). These were independent valves, which were not designed to be used in combination with one another, though the intonational problems that arose when they were so used could often be corrected by the player's technique.This was especially true in the case of the higher-pitched half-tube instruments, which were usually provided with just three valves, allowing the player to lower the pitch of any open note by one, two or three semitones when the valves were used one at a time, or by four, five or six semitones when the valves were used in combination. Before the invention of compensating valves (which could be used in combination without producing faulty intonation), lower-pitched instruments generally required extra valves in order to lower the pitch of an open note by more than three semitones.

In 1859 Sax applied his system of six independent valves to the saxtuba.

The saxtubas made their first public appearance at the première of Fromental Halevy's opera Le Juif errant (The Wandering Jew) at the Paris Opéra on 23 April 1852. At the time, Sax was musical director of the Opéra's stage band (or banda), so it was not unusual for instruments of his design to be showcased in popular productions. Although Sax appears to have designed the saxtuba as early as 1845, it is possible that he did not actually manufacture any specimens until they were required for Le Juif errant in 1852. 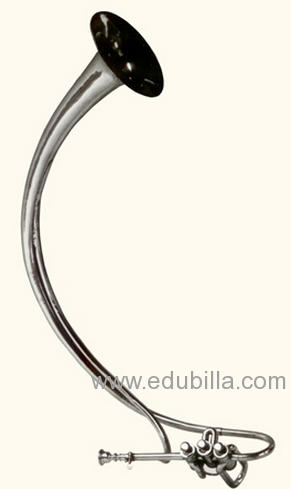 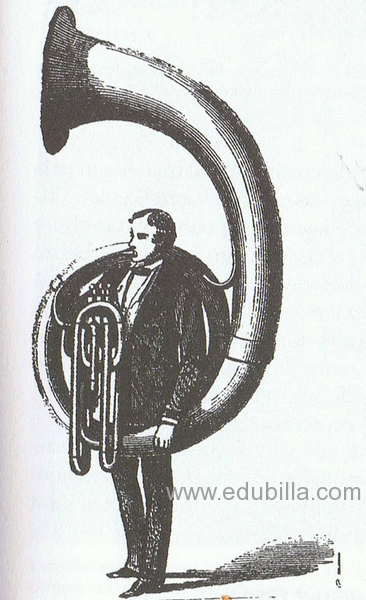