Music notation or musical notation is any system used to visually represent aurally perceived music through the use of written symbols, including ancient or modern musical symbols. Types and methods of notation have varied between cultures and throughout history, and much information about ancient music notation is fragmentary.

Although many ancient cultures used symbols to represent melodies, none of them is nearly as comprehensive as written language, limiting our modern understanding. Comprehensive music notation began to be developed in Europe in the Middle Ages, and has been adapted to many kinds of music worldwide.

Musical notation has been invented and re-invented several times, and has since gone through a rapid and accelerating process of evolution. From basic indications of a simple song line going higher and lower, the complexity of musical notation has grown so that it can now specify in detail all the music for a 100-strong symphony orchestra and chorus. In this article we look at some of the key stages in that evolution, from hand-written notation, through printing processes, specialist types of notation and the impact on music notation of electronic devices and computers. Using specialist score-editing software programmes, that same orchesteral musical score can now be quickly changed, edited, reformatted, split into multiple parts and printed with relative ease.

We know that music has been part of human culture for many years, and was probably part of the cultural explosion which took place in Europe between 60,000 and 30,000 years ago, though early people had undoubtedly experimented with natural sounds prior to this. Although ancient wooden artifacts tend to rot and decay over time, instruments made of bone last longer. Two simple flutes dated to 42,000 to 43,000 years ago were discovered in Germany. One was made from a bird's bone and another from mammoth ivory. It is safe to assume that the techniques of making instruments and playing music were passed via an oral tradition for many thousands of years, by people copying and sharing musical ideas across the generations. However without recording techniques or any form of musical notation, we have no idea what the music of these early periods sounded like.

Ancient Egyptian musical instruments including a harp, a lyre and other stringed instruments Many artistic relics from the world's great civilisations include depictions of music making, and it is clear that music was a normal part of life for the ancient Egyptians, Greeks, Romans and other people. The Greek mathematician Pythagoras studied certain aspects of music theory, particularly the mathematical nature of harmony and musical scales. He knew for example that the pitch of a note from a vibrating string was related to its length, and that simple ratios of length gave rise to harmonious notes (e.g. if you halve the length of a string, its note sounds an octave higher). These early Societies (e.g. Babylonians and Egyptians) used various forms of musical notation, such as indications about using particular strings on a lyre and how the lyres were tuned.

The Seikilos Epitaph - the song is written in the bottom half of the engraving However our knowledge of these is based on surviving fragments and is therefore incomplete. The earliest known example of a complete notated musical composition (a song complete with lyrics) used a method of notation developed by the ancient Greeks. This piece of music is called the Seikilos Epitaph, it is carved on a tombstone in Turkey, and it most probably dates from the 1st century AD. The Byzantine Empire, which grew from the Roman Empire with a new base at Constantinople, developed the equivalent of the Western "sol-fa" scale and a form of notation based on pitches being higher or lower than the previous one. The alternative to the "sol-fa" method of indicating the notes of a scale, is the letter system used today with notes represented by the letters A to G. This means of representing notes seems to have had its origin in "Boethian notation" developed by a Roman philosopher called Boethius in the 6th century AD. 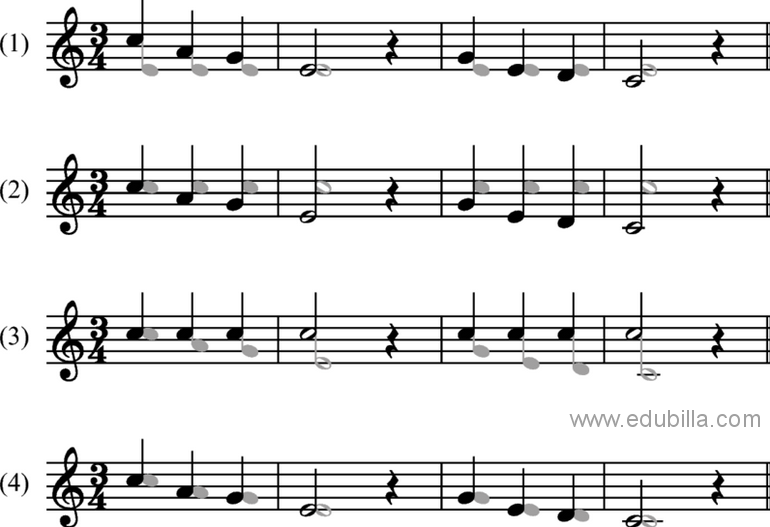 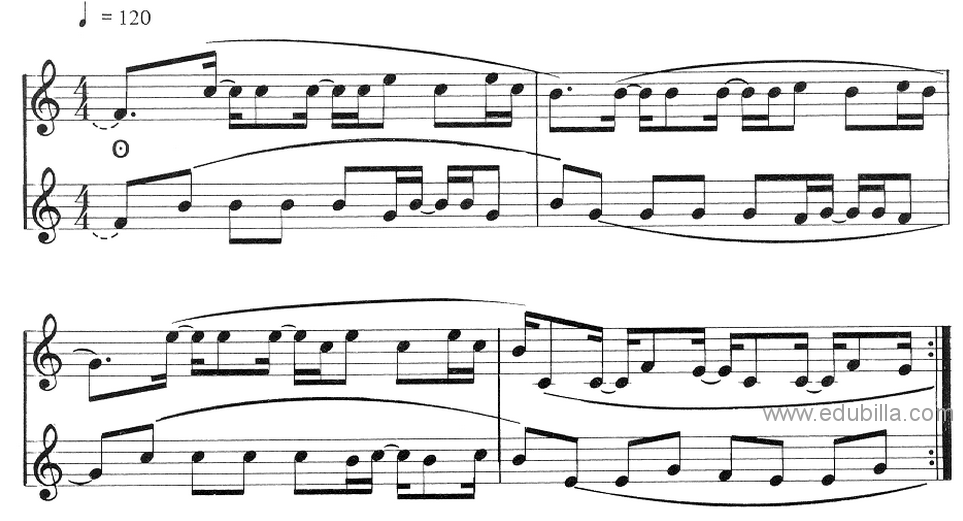