Stereo, is a method of sound reproduction that creates an illusion of directionality and audible perspective. This is usually achieved by using two or more independent audio channels through a configuration of two or more loudspeakers (or stereo headphones) in such a way as to create the impression of sound heard from various directions, as in natural hearing.Thus the term "stereophonic" applies to so-called "quadraphonic" and "surround-sound" systems as well as the more common two-channel, two-speaker systems. It is often contrasted with monophonic, or "mono" sound, where audio is heard as coming from one position, often centered in the sound field. Stereo sound is now common in entertainment systems such as broadcast radio and TV, recorded music and the cinema.

In early 1931, Blumlein and his wife were at a local cinema. The sound reproduction systems of the early "talkies" invariably only had a single set of speakers - which could lead to the somewhat disconcerting effect of the actor being on one side of the screen whilst his voice appeared to come from the other. Blumlein declared to his wife that he had found a way to make the sound follow the actor across the screen.

The genesis of these ideas is uncertain, but he explained them to Isaac Shoenberg in the late summer of 1931. His earliest notes on the subject are dated 25 September 1931, and his patent had the title "Improvements in and relating to Sound-transmission, Sound-recording and Sound-reproducing Systems". The application was dated 14 December 1931, and was accepted on 14 June 1933 as UK patent number 394,325.

The patent covered many ideas in stereo, some of which are used today and some not. Some 70 claims include:

1.A "shuffling" circuit, which aimed to preserve the directional effect when sound from a spaced pair of microphones was reproduced via stereo headphones instead of a pair of loudspeakers;

2.The use of a coincident pair of velocity microphones with their axes at right angles to each other, which is still known as a "Blumlein Pair";

3.Recording two channels in the single groove of a record using the two groove walls at right angles to each other and 45 degrees to the vertical;

5.Using hybrid transformers to matrix between left and right signals and sum and difference signals;

Blumlein began binaural experiments as early as 1933, and the first stereo discs were cut later the same year, twenty-five years before that method became the standard for stereo phonograph discs. These discs used the two walls of the groove at right angles in order to carry the two channels.

Much of the development work on this system for cinematic use did not reach completion until 1935. In Blumlein's short test films (most notably, "Trains At Hayes Station", which lasts 5 minutes 11 seconds, and, "The Walking & Talking Film"), his original intent of having the sound follow the actor was fully realised.

In the United States, Harvey Fletcher of Bell Laboratories was also investigating techniques for stereophonic recording and reproduction. One of the techniques investigated was the "wall of sound", which used an enormous array of microphones hung in a line across the front of an orchestra. Up to 80 microphones were used, and each fed a corresponding loudspeaker, placed in an identical position, in a separate listening room. Several stereophonic test recordings, using two microphones connected to two styli cutting two separate grooves on the same wax disc, were made with Leopold Stokowski and the Philadelphia Orchestra at Philadelphia's Academy of Music in March 1932. The first (made on March 12, 1932), of Scriabin's Prometheus: Poem of Fire, is the earliest known surviving intentional stereo recording.

Bell Laboratories gave a demonstration of three-channel stereophonic sound on April 27, 1933, with a live transmission of the Philadelphia Orchestra from Philadelphia to Constitution Hall in Washington, D.C. over multiple Class A telephone lines. Leopold Stokowski, normally the orchestra's conductor, was present in Constitution Hall to control the sound mix. Five years later, the same system would be exapanded onto multi-channel film recording and used from the concert hall in Philadelphia to the recording labs at Bell Labs in New Jersey in order to record Walt Disney's Fantasia (1940) in what Disney called Fantasound.

Later that same year, Bell Labs also demonstrated binaural sound, at the Chicago World's Fair in 1933 using a dummy with microphones instead of ears, .The two signals were sent out over separate AM station bands. 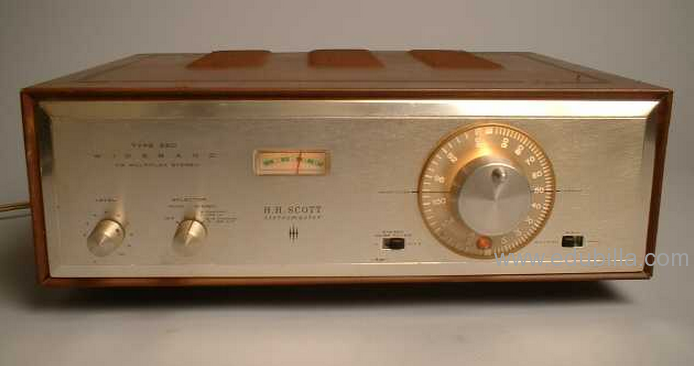