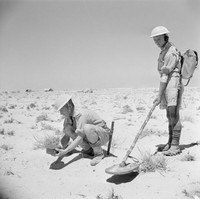 In 1881, Alexander Graham Bell constructed a crude metal detector in an attempt to find an assassin's bullet in President James Garfield. Gerhard Fischar patented a portable version in 1931.

In a beat frequency oscillator detector, a coil is used as an inductor in an oscillator, whose frequency changes when metal causes its inductance to change. Another oscillator produces a close frequency, and audible beats between them signal metal.

In an induction balance detector, there are two coils, usually gibbous with about 10% overlap, and a sine wave is transmitted with one coil and received with the other. The coils are adjusted so that there is no signal in the receive coil when there is no metal nearby.

In a pulse induction detector, a pulse is generated (usually by cutting off an inductor) and sent through a coil and the detector listens for echoes.

The use of metal detectors to search for archaeological finds is practised both by archaeologists and hobbyists. In some European countries including France and Sweden the use of a metal detector is forbidden by law, unless one has special permission. This is intended to protect archaeological sites but rarely means that illicit metal detecting ('nighthawking') does not take place and has the effect that new sites found by metal detector are never publicised or investigated fully. Instead they are slowly plundered for their metal items, disturbing the stratigraphy and forcing the artifacts on to the Black Market, never to be seen again. In the United Kingdom metal detecting is generally permitted provided certain criteria are met and efforts are made to record finds through the Portable Antiquities Scheme. The scheme has critics however, including some archaeologists and some metal detectorists themselves.

Countries with no restrictions or methods to deal with new finds in place are in danger of sites being regularly raided and their contents sold on without the information they provide ever being known. However, there are some responsible metal detectorists in unrestricted nations who contact archeologists when they find artifacts, and who never dig. They benefit archeology by finding artifacts for scientists.

Archaeologists use metal detectors to scan their spoil heaps and also to examine wide areas such as battlefield sites where surface scatters of metal objects may be all that survives. New metal detectors have small screens near the handle. 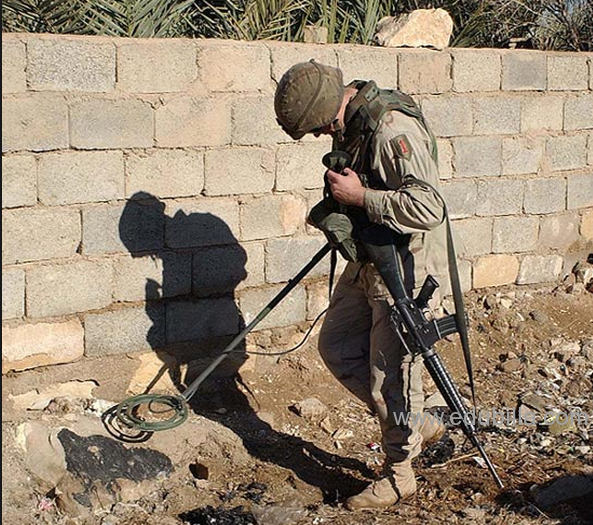 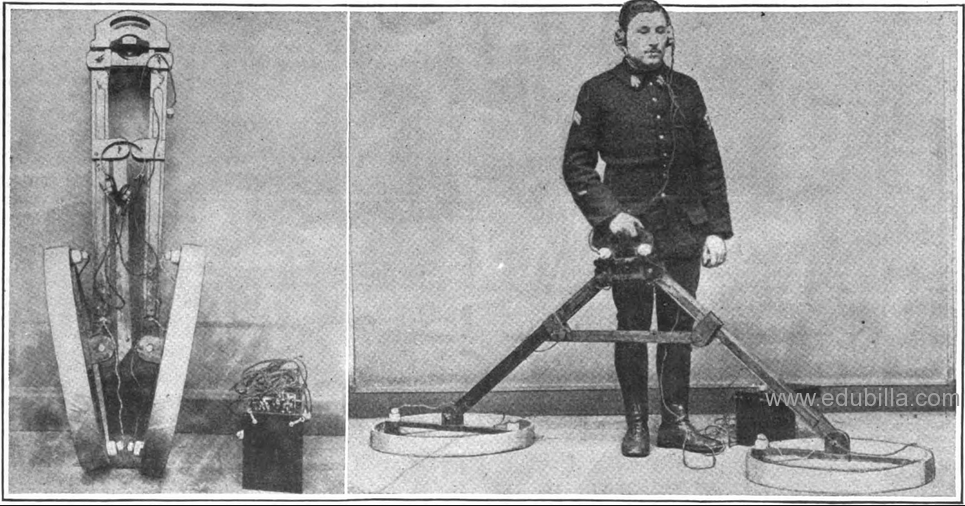