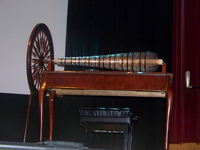 The glass harmonica, also known as the glass armonica, bowl organ, hydrocrystalophone, or simply the armonica is a type of musical instrument that uses a series of glass bowls or goblets graduated in size to produce musical tones by means of friction (instruments of this type are known as friction idiophones).

The Armonica, also called the glass harmonica was invented by Benjamin Franklin in 1761. In 1757, while in England he attended a concert given on the wine glasses. He thought it was the sweetest sound he had ever heard but he wanted to hear more harmonies with his melody. Thus the Armonica was born and named by Franklin for a word taken from the musical Italian language. It has been said that if the harp is "the instrument of the Angels", then the Armonica is "the voice of the Angels".

Graduated size bowls with holes and corks in the center were put onto a horizontal spindle and rotated by a fly wheel and a foot pedal. Moistened fingers rubbed the edges to produce the beautiful sound. Franklin used a most unique way to identify the notes of the bowls. He painted the seven white keys the seven colors of the rainbow and the five black keys, white. The practice of gold banding was begun in 1785 by Karl Rollig of Germany.

The Armonica was an instant success. Marie Antoinette took lessons on it and Dr. Mesmer, the famous hypnotist, used it to put his patients into a deeper trance. Composers started writing for it. The most famous...Mozart, Beethoven, Donizetti, Richard Strauss, and Saint-Saens.

By the mid-1800's, it suddenly lost its popularity, and gradually vanished. Superstitions ran wild.. Armonicas were said to drive performers mad and evoke spirits of the dead because of its eerie and haunting sound. It had a rebirth in 1982 through the efforts of the late master glass blower named Gerhard Finkenbeiner, of Waltham, Massachusetts. The "new-old" Armonica is now reaching into many corners of the world and has moved into the 21st century. 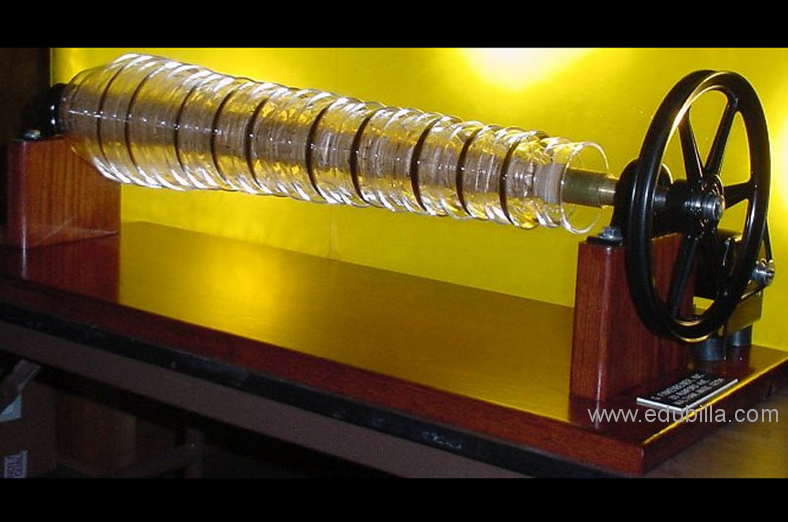 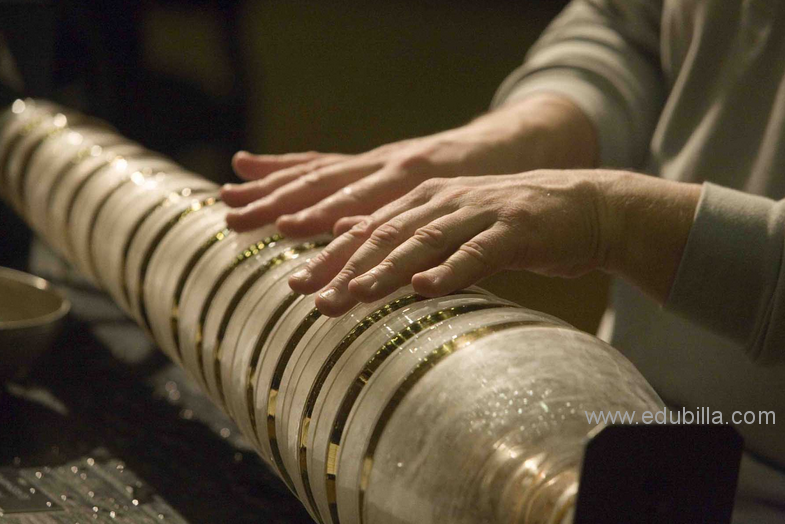