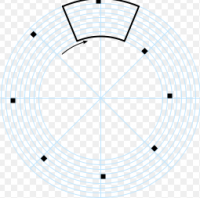 A Nipkow disk is a mechanical, geometrically operating image scanning device, invented by Paul Gottlieb Nipkow. This scanning disk was a fundamental component in mechanical television through the 1920s and 1930s.

Paul Gottlieb Nipkow conceived the idea of using a spiral-perforated disk (Nipkow disk), to divide a picture into a mosaic of points and lines. Accounts of its invention state that the idea came to him while sitting alone at home with an oil lamp on Christmas Eve, 1883. Alexander Bain had transmitted images telegraphically in the 1840s but the Nipkow disk improved the encoding process.

He applied to the imperial patent office in Berlin for a patent covering an electric telescope for the electric reproduction of illuminating objects, in the category "electric apparatuses". This was granted on 15 January 1885, retroactive to January 6, 1884. It is not known whether Nipkow ever attempted a practical realization of this disk but one may assume that he himself never constructed one. The patent lapsed after 15 years owing to lack of interest. Nipkow took up a position as a designer at an institute in Berlin-Buchloh and did not continue work on the broadcasting of pictures. 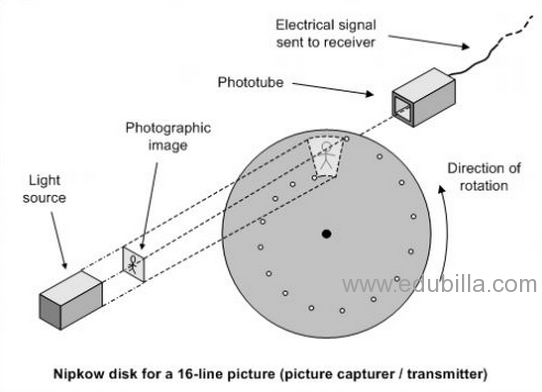