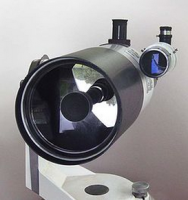 The Maksutov is a catadioptric telescope design that combines a spherical mirror with a weakly negative meniscus lens in a design that takes advantage of all the surfaces being nearly "spherically symmetrical".The negative lens is usually full diameter and placed at the entrance pupil of the telescope (commonly called a "corrector plate" or "meniscus corrector shell"). The design corrects the problems of off-axis aberrations such as coma found in reflecting telescopes while also correcting chromatic aberration. It was patented in 1941 by Russian optician Dmitri Dmitrievich Maksutov.Maksutov based his design on the idea behind the Schmidt camera of using the spherical errors of a negative lens to correct the opposite errors in a spherical primary mirror. The design is most commonly seen in a Cassegrain variation, with an integrated secondary, that can use all-spherical elements, thereby simplifying fabrication. Maksutov telescopes have been sold on the amateur market since the 1950s.

During the 1930s Maksutov spent much of his time developing and building large aperture reflecting telescopes of varying configurations and purposes. Many of his largest research instruments are still in use throughout the former Soviet Union. Despite his success with observatory telescopes, another potential project had occupied.

Maksutov's thoughts beginning as early as 1936, when he began working toward the development of a small catadioptric telescope suitable for use in schools. These telescopes needed to be sturdy, easily collimated and inexpensively produced. Very simply put, Maksutov's idea involved using spherical, nearly symmetric surfaces-- namely a primary mirror used in conjunction with a full diameter convex lens, or meniscus, placed near the point of focus.

The configuration was designed to eliminate coma, astigmatism, aberrations, both off-axis and spherical, while at the same time preventing chromatic aberration. The secondary mirrors were slightly smaller than those found in Schmidt-Cassegrain telescopes, allowing them to provide greater contrast. Additionally, the use of a corrector plate closed off the OTA and eliminated tube currents. A side effect of systems using all spherical surfaces is a propensity for higher focal ratios, as high as f/15 to f/20. The high contrast and greater magnification made them an excellent choice for for planetary and lunar viewing and photography. A disadvantage was that their focal ratios limited the fields of view.

Maksutov first published a paper on his new telescope in 1941. American optical engineer John F. Gregory (1927–2009) expanded upon Maksutov's ideas in a 1957 issue of Sky and Telescope, where he outlined a plan to use a small aluminized spot on the inner face of the corrector in lieu of a standard secondary mirror. This eliminated a need for "spider" vanes and their accompanying diffraction spikes. It also fixed the secondary's alignment and made construction easier. This variation of Maksutov's original design became known as a "Gregory–Maksutov" or "Spot-Maksutov." It was first used commercially by Questar in 1954 and is still the most commonly used type of Maksutov based telescope.

Several variants of Maksutov's telescope have been produced for sale since the 1950s. Questar's 3.5 inch scope gained wide public acceptance and lent credibility to the design. One of the most popular telescopes among planetary observers and photographers is the Maksutov-Newtonian. Their small central obstruction (often as low as 13%) give them the contrast advantages of the Newtonian reflector, without the reflector's tube currents, coma and diffraction spikes. Many users consider them equal to apochromatic refractors. The best of these telescopes are not inexpensive, but are less costly than the better refractors, particularly in the larger apertures. 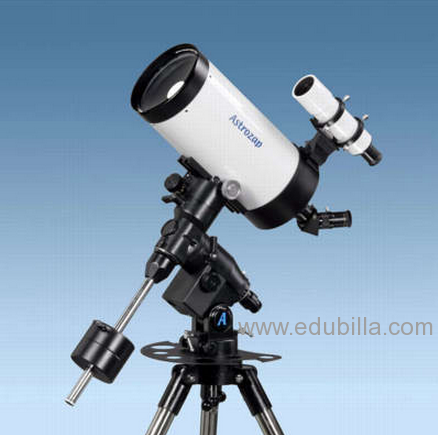 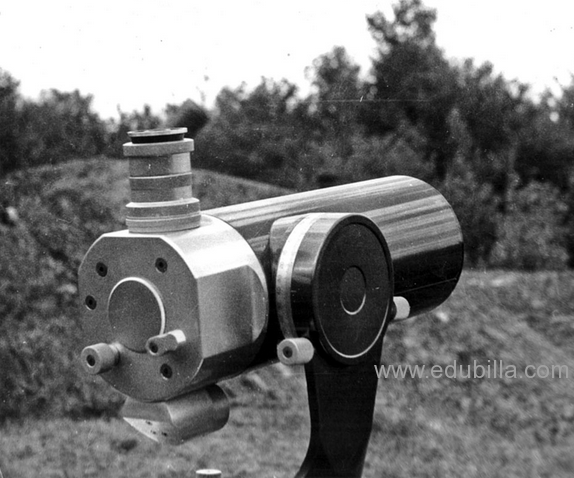