Multitrack recording is a process where the tape is divided into multiple tracks parallel with each other. Because they are carried on the same medium, the tracks stay in perfect synchronisation. The first development in multitracking was stereo sound, which divided the recording head into two tracks. First developed by German audio engineers ca. 1943, 2-track recording was rapidly adopted for modern music in the 1950s because it enabled signals from two or more separate microphones to be recorded simultaneously, enabling stereophonic recordings to be made and edited conveniently. (The first stereo recordings, on disks, had been made in the 1930s, but were never issued commercially.) Stereo (either true, two-microphone stereo or multimixed) quickly became the norm for commercial classical recordings and radio broadcasts, although many pop music and jazz recordings continued to be issued in monophonic sound until the mid-1960s.

The everlasting quest for more and more sophisticated mediums for storing sound was long and eventful. It all started with the simple membrane attached to the moving stylus that recorded simple data about sound and spoken word that was produced by innovative French book keeper Édouard-Léon Scott de Martinville in late 1850s. Ever since then inventors strived to perfect his device, adding new ways to improve the sound, make the recordings last longer, storage medium more durable and easier for manufacture. Era of electricity and extensive research into magnetism enabled the creation of magnetic recording, and that era was the first who introduced us with ability to infuse multiple simultaneous playing tracks into one storage medium. This was multitrack recording.

Multitrack recording was first discovered during 1930s for testing purposes, but it was implemented on the wide scale by German audio engineers during the height of the Second World War. It consisted of two streams of data that was imprinted on the magnetic surface of the tape by the two recording heads that converted data from two audio streams into magnetic field. Movement of the tape near those recording heads produced two perfectly synchronized streams of magnetic data that could without a problem be converted back into the electricity with the help of two playback heads.

After the end of the Second World War, German multitrack technology found its way to the America, where John T. Mullin managed to adapt tape recorder and showcase it to the Hollywood movie executives. From there on, popularity of the magnetic tapes started soaring, but it was efforts of the famous composer and technician Les Paul in early 1950s enabled the most crucial advancement that enabled magnetic tapes to become standard for music consumption and recording in the world. His experimentations with electric guitar (instrument that mostly became popular because of him) led him and music engineering company Ampex to creation of eight track studio recorder, which enabled him to record instruments separately and mix those elements into one cohesive composition. Seeing the possibility of this innovation, Ampex soon released commercial version of tree track tape recorder, which enabled musicians to record the stereo channels for the musical instruments and central channel for a singer. This configuration remained in very popular use until mid-1960s, when four track recordings were introduced and popularized by The Beatles and The Rolling Stones, and also enabled technicians to create first instance of 360 degrees "surround" sound (a feature that became truly accepted by the public only in currently active digital era of music).

Until 1963 all methods of recording and playback of magnetic audio tapes were performed with open tape reels. All that changed with the innovation from the Dutch electronics giant Philips that became absolute standard for a carrier of musical data - cassette tape. Other improvement of this multitrack recording medium came with the introduction of much improved sound range and signal to noise ratio that was made by Dolby Laboratories in 1970s, and the worldwide craze that came with the release of Sony's portable pocket cassette player -Walkman in 1978.

In today modern times, audio engineers most commonly use 24 tracks for recording a song. 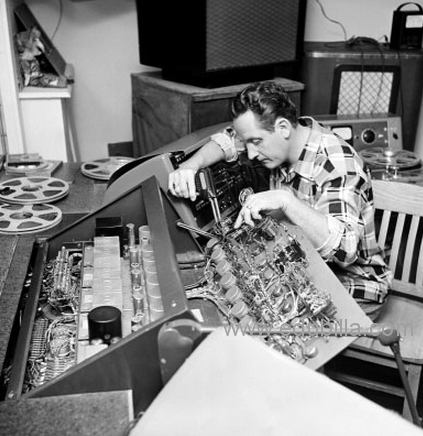 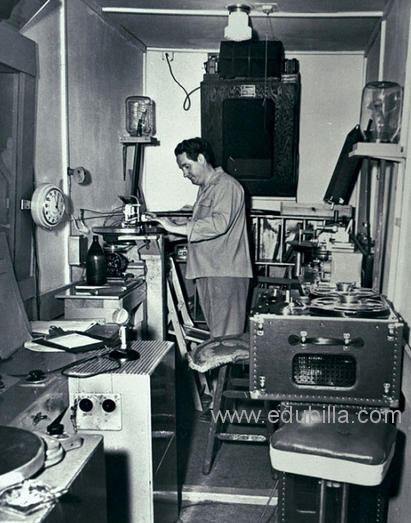