A number of systems, going back to the 1970s (and even 1960s) have been credited as the first RISC architecture, partly based on their use of load/store approach.The term RISC was coined by David Patterson of the Berkeley RISC project, although somewhat similar concepts had appeared before.

The CDC 6600 designed by Seymour Cray in 1964 used a load/store architecture with only two addressing modes (register+register, and register+immediate constant) and 74 opcodes, with the basic clock cycle/instruction issue rate being 10 times faster than the memory access time.Partly due to the optimized load/store architecture of the CDC 6600 Jack Dongarra states that it can be considered as a forerunner of modern RISC systems, although a number of other technical barriers needed to be overcome for the development of a modern RISC system.

Michael J. Flynn views the first RISC system as the IBM 801 design which began in 1975 by John Cocke, and completed in 1980.The 801 was eventually produced in a single-chip form as the ROMP in 1981, which stood for 'Research OPD [Office Products Division] Micro Processor'.As the name implies, this CPU was designed for "mini" tasks, and was also used in the IBM RT-PC in 1986, which turned out to be a commercial failure.But the 801 inspired several research projects, including new ones at IBM that would eventually lead to the IBM POWER instruction set architecture.

The most public RISC designs, however, were the results of university research programs run with funding from the DARPA VLSI Program. The VLSI Program, practically unknown today, led to a huge number of advances in chip design, fabrication, and even computer graphics. The Berkeley RISC project started in 1980 under the direction of David Patterson and Carlo H. Sequin.

Berkeley RISC was based on gaining performance through the use of pipelining and an aggressive use of a technique known as register windowing.In a traditional CPU, one has a small number of registers, and a program can use any register at any time. In a CPU with register windows, there are a huge number of registers, e.g. 128, but programs can only use a small number of them, e.g. eight, at any one time. A program that limits itself to eight registers per procedure can make very fast procedure calls: The call simply moves the window "down" by eight, to the set of eight registers used by that procedure, and the return moves the window back.The Berkeley RISC project delivered the RISC-I processor in 1982. Consisting of only 44,420 transistors (compared with averages of about 100,000 in newer CISC designs of the era) RISC-I had only 32 instructions, and yet completely outperformed any other single-chip design. They followed this up with the 40,760 transistor, 39 instruction RISC-II in 1983, which ran over three times as fast as RISC-I.

The MIPS architecture grew out of a graduate course by John L. Hennessy at Stanford University in 1981, resulted in a functioning system in 1983, and could run simple programs by 1984.The MIPS approach emphasized an aggressive clock cycle and the use of the pipeline, making sure it could be run as "full" as possible.The MIPS system was followed by the MIPS-X and in 1984 Hennessy and his colleagues formed MIPS Computer Systems.The commercial venture resulted in the R2000 microprocessor in 1985, and was followed by the R3000 in 1988.

In the early 1980s, significant uncertainties surrounded the RISC concept, and it was uncertain if it could have a commercial future, but by the mid-1980s the concepts had matured enough to be seen as commercially viable.In 1986 Hewlett Packard started using an early implementation of their PA-RISC in some of their computers.In the meantime, the Berkeley RISC effort had become so well known that it eventually became the name for the entire concept and in 1987 Sun Microsystems began shipping systems with the SPARC processor, directly based on the Berkeley RISC-II system.

The US government Committee on Innovations in Computing and Communications credits the acceptance of the viability of the RISC concept to the success of the SPARC system.The success of SPARC renewed interest within IBM, which released new RISC systems by 1990 and by 1995 RISC processors were the foundation of a $15 billion server industry.

Since 2010 a new open source, ISA, RISC-V, is under development at the University of California, Berkeley, for research purposes and as a free alternative to proprietary ISA's . As of 2014 version 2 of the userspace ISA is fixed.The ISA is designed to be extensible from a barebones core sufficient for a small embedded processor to supercomputer and cloud computing use with standard and chip designer defined extensions and coprocessors. It has been tested in silicon design with the ROCKET SoC which is also available as an open source processor generator in the CHISEL language. 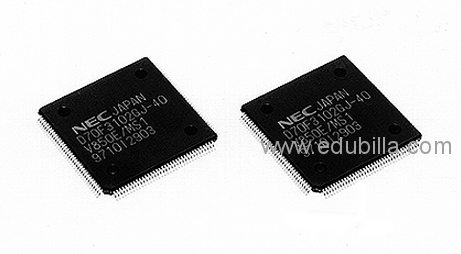 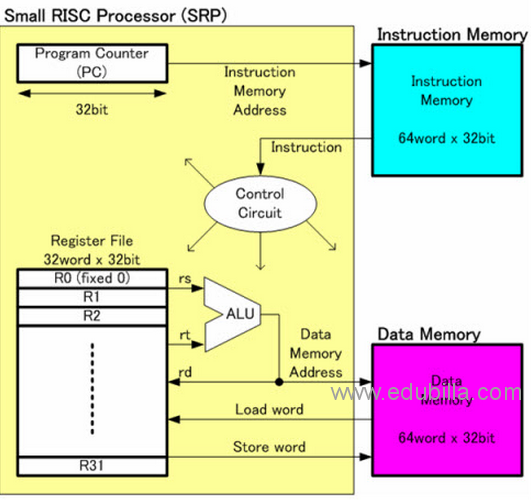