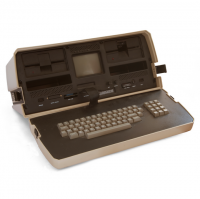 A laptop or a notebook is a portable personal computer with a clamshell form factor, suitable for mobile use.Although there used to be a distinction between laptops and notebooks (the former were bigger and heavier than the latter), there is often no longer any difference in practice.Laptops are commonly used in a variety of settings, including at work, in education, and for personal multimedia.

The first portable computer was a success, with sales reaching 10,000 units a month. IBM launched the IBM 5155 Portable Personal Computer in 1984. In 1988, Compaq Computer launched the first laptop PC with VGA graphics, Compaq SLT/286. In 1989, NEC released UltraLite, which was the first 'laptop' computer. Weighting under 5 lbs, it was the precursor of today's models.

As the personal computer (PC) became feasible in 1971, the idea of a portable personal computer followed. A "personal, portable information manipulator" was imagined by Alan Kay at Xerox PARC in 1968, and described in his 1972 paper as the "Dynabook".The IBM Special Computer APL Machine Portable (SCAMP), was demonstrated in 1973. This prototype was based on the IBM PALM processor (Put All Logic in Microcode or 128 bit).

The IBM 5100, the first commercially available portable computer, appeared in September 1975, and was based on the SCAMP prototype.

As 8-bit CPU machines became widely accepted, the number of portables increased rapidly. The Osborne 1, released in 1981, used the Zilog Z80 and weighed 23.6 pounds (10.7 kg). It had no battery, a 5 in (13 cm) CRT screen, and dual 5.25 in (13.3 cm) single-density floppy drives. In the same year the first laptop-sized portable computer, the Epson HX-20, was announced.The Epson had a LCD screen, a rechargeable battery, and a calculator-size printer in a 1.6 kg (3.5 lb) chassis. Both Tandy/RadioShack and HP also produced portable computers of varying designs during this period.

The first laptops using the flip form factor appeared in the early 1980s. The Dulmont Magnum was released in Australia in 1981–82, but was not marketed internationally until 1984–85. The US$8,150 (US$19,920 today) GRiD Compass 1100, released in 1982, was used at NASA and by the military among others. The Gavilan SC, released in 1983, was the first computer described as a "laptop" by its manufacturer.From 1983 onward, several new input techniques were developed and included in laptops, including the touchpad (Gavilan SC, 1983), the pointing stick (IBM ThinkPad 700, 1992) and handwriting recognition (Linus Write-Top, 1987). Some CPUs, such as the 1990 Intel i386SL, were designed to use minimum power to increase battery life of portable computers, and were supported by dynamic power management features such as Intel SpeedStep and AMD PowerNow! in some designs.

Displays reached VGA resolution by 1988 (Compaq SLT/286), and colour screens started becoming a common upgrade in 1991 with increases in resolution and screen size occurring frequently until the introduction of 17"-screen laptops in 2003. Hard drives started to be used in portables, encouraged by the introduction of 3.5" drives in the late 1980s, and became common in laptops starting with the introduction of 2.5" and smaller drives around 1990; capacities have typically lagged behind physically larger desktop drives. Optical storage, read-only CD-ROM followed by writeable CD and later read-only or writeable DVD and Blu-ray, became common in laptops early in the 2000s. 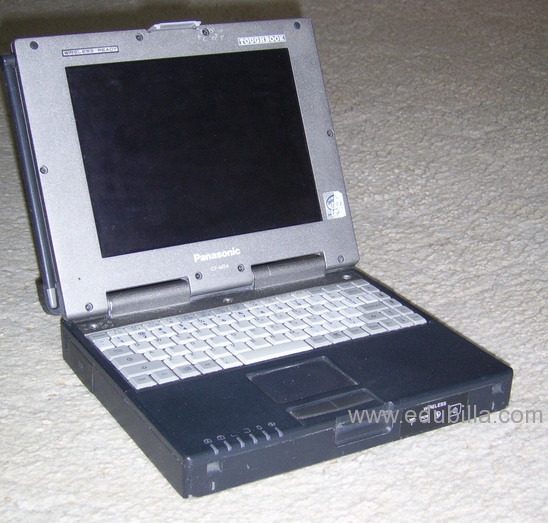 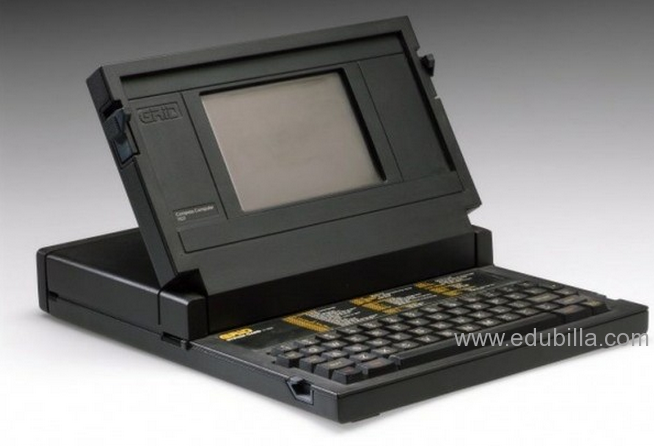