A touchpad is a pointing device featuring a tactile sensor, a specialized surface that can translate the motion and position of a user's fingers to a relative position on the operating system that is outputted to the screen. Touchpads are a common feature of laptop computers, and are also used as a substitute for a mouse where desk space is scarce. Because they vary in size, they can also be found on personal digital assistants (PDAs) and some portable media players. Wireless touchpads are also available as detached accessories.

By 1982 Apollo desktop computers were equipped with a touchpad on the right side of the keyboard.Introduced a year later, the Gavilan SC included a touchpad above its keyboard.

A touchpad was first developed for Psion's MC 200/400/600/WORD Series in 1989.Cirque introduced the first widely available touchpad, branded as GlidePoint, in 1994.Apple Inc introduced touchpads to the modern laptop in the PowerBook series in 1994, using Cirque’s GlidePoint technology; later PowerBooks and MacBooks would use Apple-developed trackpads. Another early adopter of the GlidePoint pointing device was Sharp. Later, Synaptics introduced their touchpad into the marketplace, branded the TouchPad. Epson was an early adopter of this product.

As touchpads began to be introduced in laptops in the 1990s, there was often confusion as to what the product should be called. No consistent term was used, and references varied, such as: glidepoint, touch sensitive input device, touchpad, trackpad, and pointing device.

Users were often presented the option to purchase a pointing stick, touchpad, or trackball. Combinations of the devices were common, though touchpads and trackballs were rarely included together. 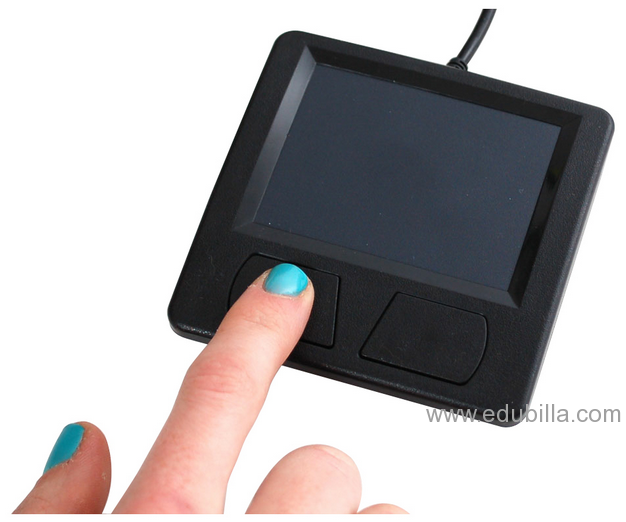