Drum memory was a magnetic data storage device invented by Gustav Tauschek in 1932 in Austria.It was widely used in the 1950s and into the 1960s as computer memory.

Drum memory, an early form of computer memory that actualy did use a drum as a working part with data loaded to the drum. The drum was a metal cylinder coated with recordable ferromagnetic material. The drum also had a row of read-write heads that wrote and then read the recorded data.

Semiconductor memory is computer memory we are all familiar with, computer memory on a intergrated circuit or chip. Referered to as random-access memory or RAM, it allowed data to be accessed randomly, not just in the sequence it was recorded. 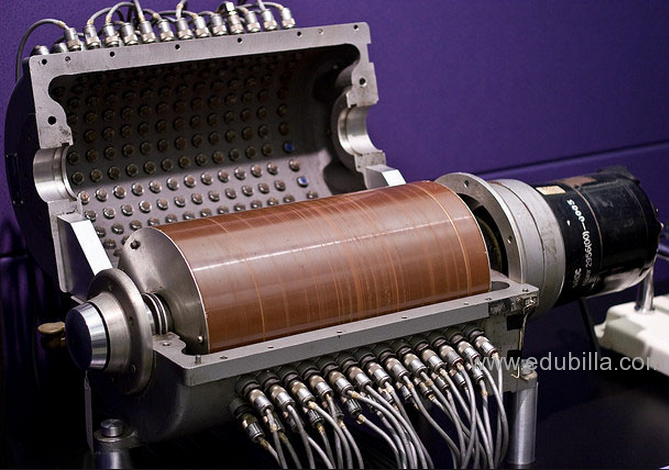 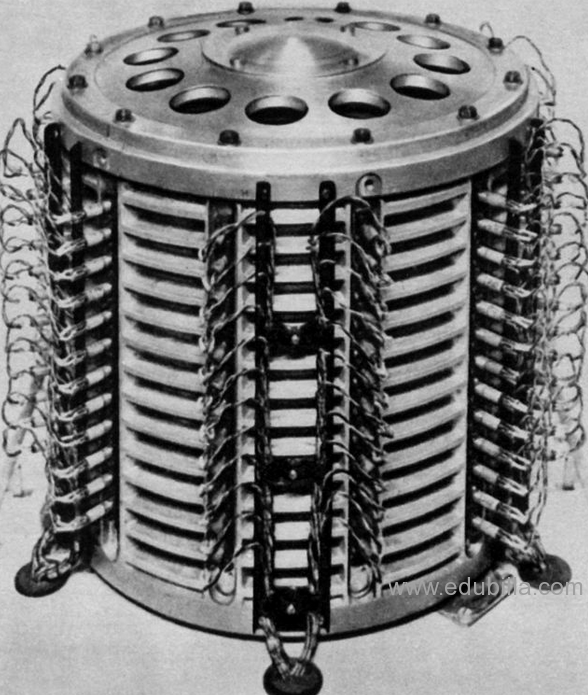