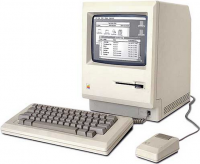 The Macintosh is a series of personal computers (PCs) designed, developed, and marketed by Apple Inc. Steve Jobs introduced the original Macintosh computer on January 24, 1984. This was the first mass-market personal computer featuring an integral graphical user interface and mouse.

In December, 1983, Apple Computers ran its' famous "1984" Macintosh television commercial, on a small unknown station solely to make the commercial eligible for awards during 1984. The commercial cost 1.5 million and only ran once in 1983, but news and talk shows everywhere replayed it, making TV history. The next month, Apple Computer ran the same ad during the NFL Super Bowl, and millions of viewers saw their first glimpse of the Macintosh computer. The commercial was directed by Ridley Scott, and the Orwellian scene depicted the IBM world being destroyed by a new machine, the "Macintosh". 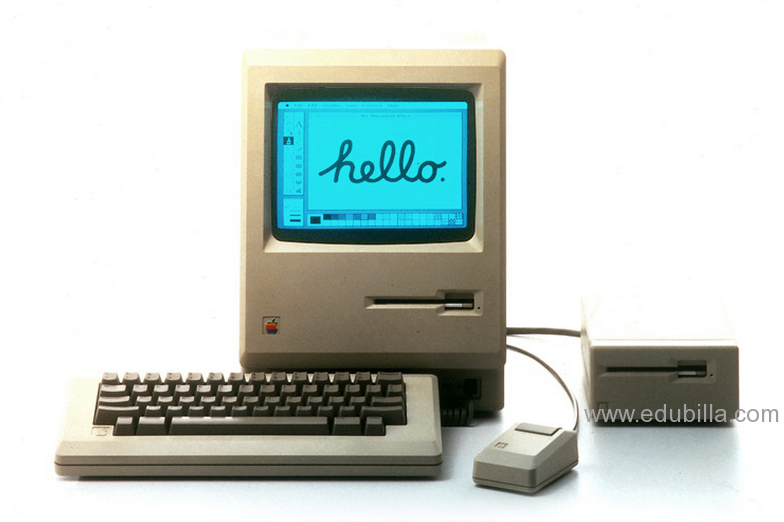 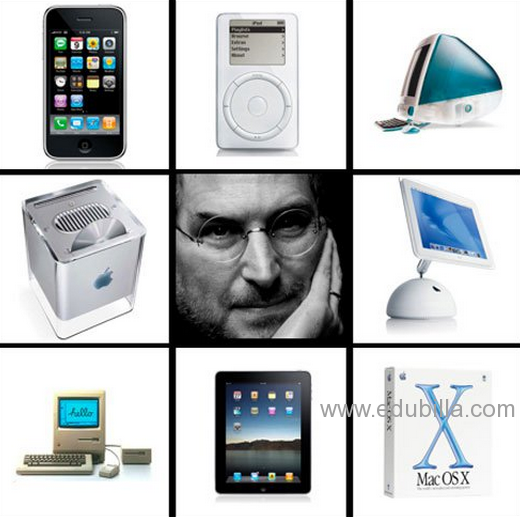