A barcode is an optical machine-readable representation of data relating to the object to which it is attached. Originally barcodes systematically represented data by varying the widths and spacings of parallel lines, and may be referred to as linear or one-dimensional (1D). Later they evolved into rectangles, dots, hexagons and other geometric patterns in two dimensions (2D). Although 2D systems use a variety of symbols, they are generally referred to as barcodes as well. Barcodes originally were scanned by special optical scanners called barcode readers. Later, scanners and interpretive software became available on devices including desktop printers and smartphones.

Modern bar code began in 1948. Bernard Silver, a graduate student at Drexel Institute of Technology in Philadelphia, overheard the president of a local food chain asking one of the deans to undertake research to develop a system to automatically read product information during checkout. Silver told his friend Norman Joseph Woodland about the food chain president's request. Woodland was a twenty seven year old graduate student and teacher at Drexel. The problem fascinated Woodland and he began to work on the problem.

Woodland's first idea used patterns of ink that would glow under ultraviolet light. Woodland and Silver built a device which worked, but the system had problems with ink instability and it was expensive to print the patterns. Woodland was still convinced they had a workable idea. Woodland took some stock market earnings, quit his teaching job at Drexel, and moved to his grandfather's Florida apartment to have more time to workon the problem.

On October 20, 1949, Woodland and Silver filed a patent application titled "Classifying Apparatus and Method." The inventors described their invention as relating "to the art of article classification...through the medium of identifying patterns".

Most bar code histories state that the Woodland and Silver bar code was a "bull's eye" symbol, a symbol made up of a series of concentric circles. While Woodland ans Silver did describe such a symbol, the basic symbology was described as a straight line pattern quite similar to present day 1D bar code.

Bar code was not commercialized until 1966. The National Association of Food Chains (NAFC) put out a call to equipment manufacturers for systems that would speed the checkout process. In 1967 RCA installed one of the first scanning systems at a Kroger store in Cincinnati. The product codes were represented by "bull's-eye barcodes", a set of concentric circular bars and spaces of varying widths. These barcodes were not pre-printed on the item's packaging, but were labels that were put on the items by Kroger employees. But there was problems with the RCA/Kroger code. It was recognized that the industry would have to agree on a standard coding scheme open to all equipment manufacturers to use and adopted by all food producers and dealers.

In 1969, the NAFC asked Logicon, Inc. to develop a proposal for an industry-wide bar code system. The result was Parts 1 and 2 of the Universal Grocery Products Identification Code (UGPIC) in the summer of 1970. Based on the recommendations of the Logicon report, the U.S. Supermarket Ad Hoc Committee on a Uniform Grocery Product Code was formed. Three years later, the Committee recommended the adoption of the UPC symbol set still used in the USA today. It was submitted by IBM and developed by George Laurer, whose work was an outgrowth of the idea of Woodland and Silver. Woodland was an employee at the time of IBM.

In June 1974, one of the first UPC scanner, made by NCR Corp. (which was then called National Cash Register Co), was installed at Marsh's supermarket in Troy, Ohio. On June 26, 1974, the first product with a bar code was scanned at a check-out counter. It was a 10-pack of Wrigley's Juicy Fruit chewing gum. The pack of gum wasn't specially designated to be the first scanned product. It just happened to be the first item lifted from the cart by a shopper whose name is long since lost to history. Today, the pack of gum is on display at the Smithsonian Institution's National Museum of American History.

The first attempted at an industrial application of automatic identification was begun in the late 1950's by the Association of American Railroad. In 1967, the Association adopted an optical bar code. Car labeling and scanner installation began on October 10, 1967. It took seven years before 95% of the fleet was labeled. For many reasons, the system simply did not work and was abandoned in the late 1970's.

The event that really got bar code into industrial applications occurred September 1, 1981 when the United States Department of Defense adopted the use of Code 39 for marking all products sold to the United States military. 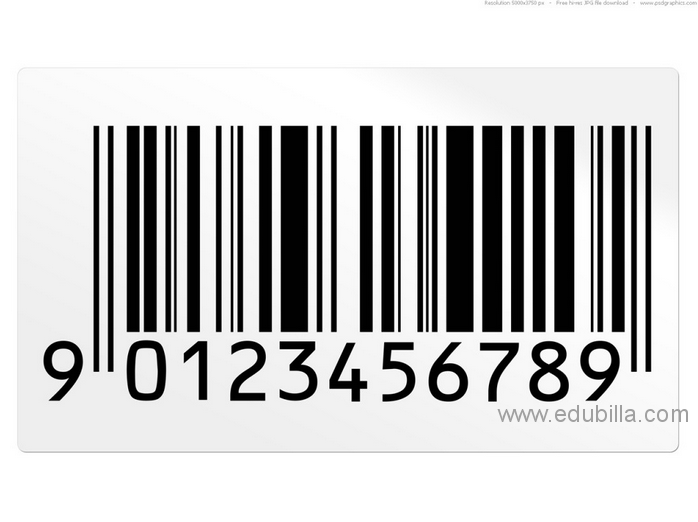 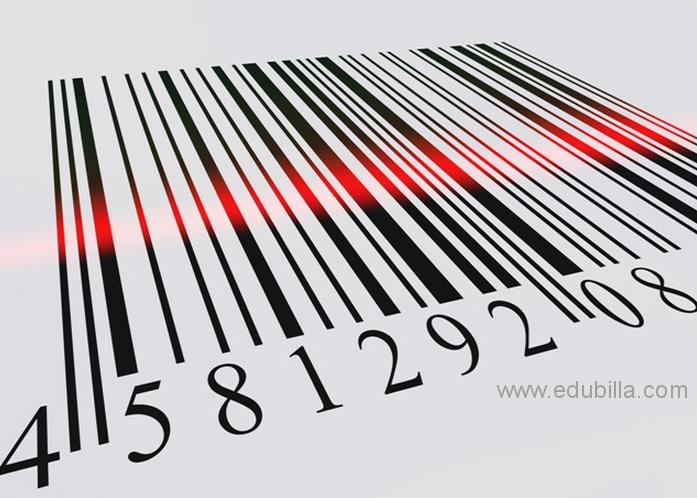