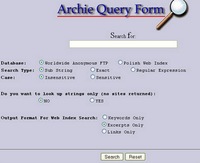 The first tool used for searching on the Internet was Archie.The name stands for "archive" without the "v". It was created in 1990 by Alan Emtage, Bill Heelan and J. Peter Deutsch, computer science students at McGill University in Montreal. The program downloaded the directory listings of all the files located on public anonymous FTP (File Transfer Protocol) sites, creating a searchable database of file names; however, Archie did not index the contents of these sites since the amount of data was so limited it could be readily searched manually.

The rise of Gopher (created in 1991 by Mark McCahill at the University of Minnesota) led to two new search programs, Veronica and Jughead. Like Archie, they searched the file names and titles stored in Gopher index systems. Veronica (Very Easy Rodent-Oriented Net-wide Index to Computerized Archives) provided a keyword search of most Gopher menu titles in the entire Gopher listings. Jughead (Jonzy's Universal Gopher Hierarchy Excavation And Display) was a tool for obtaining menu information from specific Gopher servers. While the name of the search engine "Archie" was not a reference to the Archie comic book series, "Veronica" and "Jughead" are characters in the series, thus referencing their predecessor.

In the summer of 1993, no search engine existed for the web, though numerous specialized catalogues were maintained by hand. Oscar Nierstrasz at the University of Geneva wrote a series of Perl scripts that periodically mirrored these pages and rewrote them into a standard format. This formed the basis for W3Catalog, the web's first primitive search engine, released on September 2, 1993.

In June 1993, Matthew Gray, then at MIT, produced what was probably the first web robot, the Perl-based World Wide Web Wanderer, and used it to generate an index called 'Wandex'. The purpose of the Wanderer was to measure the size of the World Wide Web, which it did until late 1995. The web's second search engine Aliweb appeared in November 1993. Aliweb did not use a web robot, but instead depended on being notified by website administrators of the existence at each site of an index file in a particular format.

JumpStation (created in December 1993[5] by Jonathon Fletcher) used a web robot to find web pages and to build its index, and used a web form as the interface to its query program. It was thus the first WWW resource-discovery tool to combine the three essential features of a web search engine (crawling, indexing, and searching) as described below. Because of the limited resources available on the platform it ran on, its indexing and hence searching were limited to the titles and headings found in the web pages the crawler encountered.

One of the first "all text" crawler-based search engines was WebCrawler, which came out in 1994. Unlike its predecessors, it allowed users to search for any word in any webpage, which has become the standard for all major search engines since. It was also the first one widely known by the public. Also in 1994, Lycos (which started at Carnegie Mellon University) was launched and became a major commercial endeavor.

Soon after, many search engines appeared and vied for popularity. These included Magellan, Excite, Infoseek, Inktomi, Northern Light, and AltaVista. Yahoo! was among the most popular ways for people to find web pages of interest, but its search function operated on its web directory, rather than its full-text copies of web pages. Information seekers could also browse the directory instead of doing a keyword-based search. 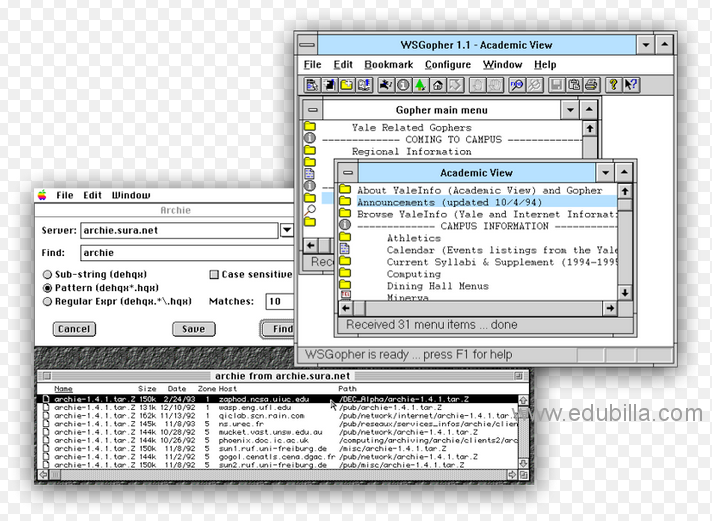 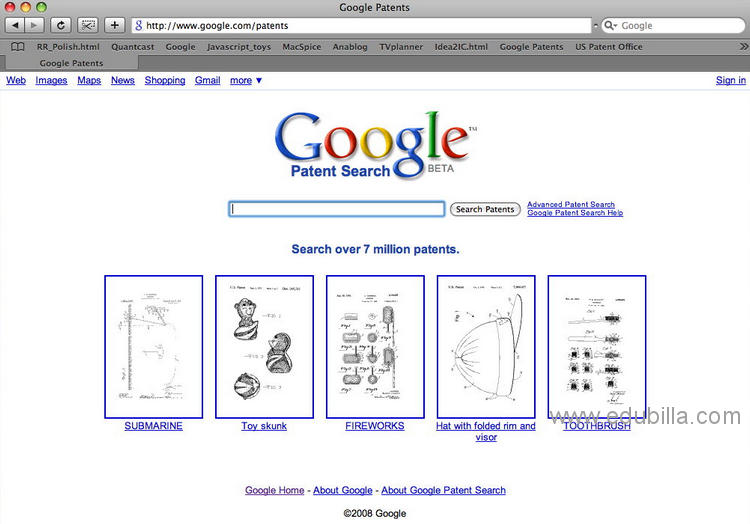