An optical computer mouse uses a light source, typically a light-emitting diode, and a light detector, such as an array of photodiodes or an image sensor, to detect movement relative to a surface. It is an alternative to the mechanical mouse, which uses moving parts to perform the same function.

The earliest optical mice detected movement on pre-printed mousepad surfaces, whereas the modern optical mouse works on most opaque surfaces; it is usually unable to detect movement on specular surfaces like glass, although some advanced models can function even on clear glass. Laser diodes are also used for better resolution and precision. Battery-powered wireless optical mice flash the LED intermittently to save power, and only glow steadily when movement is detected.

Early optical mice, first demonstrated by two independent inventors in 1980, came in two different varieties:Some, such as those invented by Steve Kirsch of MIT and Mouse Systems Corporation,used an infrared LED and a four-quadrant infrared sensor to detect grid lines printed with infrared absorbing ink on a special metallic surface. Predictive algorithms in the CPU of the mouse calculated the speed and direction over the grid.

Others, invented by Richard F. Lyon and sold by Xerox, used a 16-pixel visible-light image sensor with integrated motion detection on the same chip and tracked the motion of light dots in a dark field of a printed paper or similar mouse pad. These two mouse types had very different behaviors, as the Kirsch mouse used an x-y coordinate system embedded in the pad, and would not work correctly when the pad was rotated, while the Lyon mouse used the x-y coordinate system of the mouse body, as mechanical mice do.

Modern surface-independent optical mice work by using an optoelectronic sensor  to take successive images of the surface on which the mouse operates. As computing power grew cheaper, it became possible to embed more powerful special-purpose image-processing chips in the mouse itself. This advance enabled the mouse to detect relative motion on a wide variety of surfaces, translating the movement of the mouse into the movement of the cursor and eliminating the need for a special mouse-pad.

The first modern optical computer mice were the Microsoft IntelliMouse with IntelliEye and IntelliMouse Explorer, introduced in 1999 using technology developed by Hewlett-Packard.It worked on almost any surface, and represented a welcome improvement over mechanical mice, which would pick up dirt, track capriciously, invite rough handling, and need to be taken apart and cleaned frequently. Other manufacturers soon followed Microsoft’s lead using components manufactured by the HP spin-off Agilent Technologies, and over the next several years mechanical mice became obsolete. 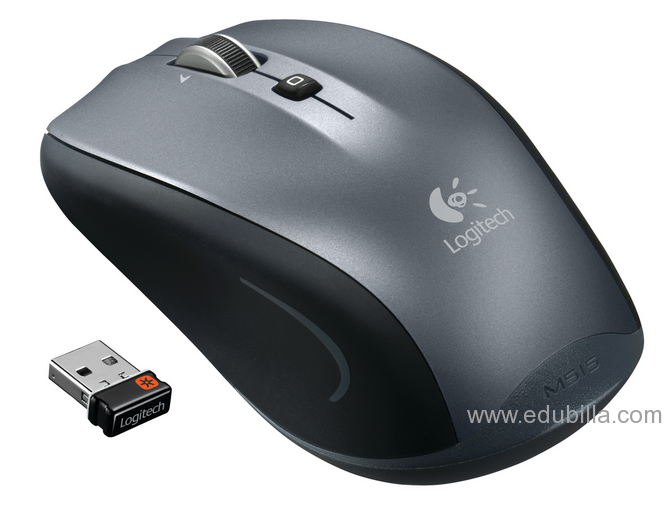