A hard disk drive (HDD) is a data storage device used for storing and retrieving digital information using one or more rigid ("hard") rapidly rotating disks (platters) coated with magnetic material. The platters are paired with magnetic heads arranged on a moving actuator arm, which read and write data to the platter surfaces.Data is accessed in a random-access manner, meaning that individual blocks of data can be stored or retrieved in any order rather than sequentially. An HDD retains its data even when powered off.

The first hard drive was invented in early 1956, at the request of the US Air Force, by the company IBM. It was called the RAMAC 305 (with the name standing for Random Access Method of Accounting and Control), a group of 50 aluminium disks each 61 cm in diameter, turning at 3600 revolutions per minute and coated with a fine magnetic layer. It could store up to 5 million characters (5 megabytes). This drive had a transfer rate of 8.8 Kbps and weighed more than a tonne! On 10 February 1954, the RAMAC 305 was able to read and write data in succession, and became the first of what we now call Direct Access Storage Devices, or DASD.

Starting in 1962, several manufacturers started to sell hard drives like the 1301.

In 1965, IBM came out with the 2310, whose notable feature was a removable storage element (the first floppy disk).

In 1973, IBM released the Winchester 3340, a hard drive whose read had was separated from the surface by a thin layer of air just 0.43 Aµm thick. Its capacity improved upon that of the RAMAC, as did its size and weight, which made this drive the new standard for direct-access storage devices. The hard disk's 30 MB capacity earned it the nickname 30-30, and thus it became the "Winchester" (after the famous .30-30 rifle).

The first 5.25" (five-and-a-quarter inches) disk drive, developed by the company Seagate, was released in 1980. 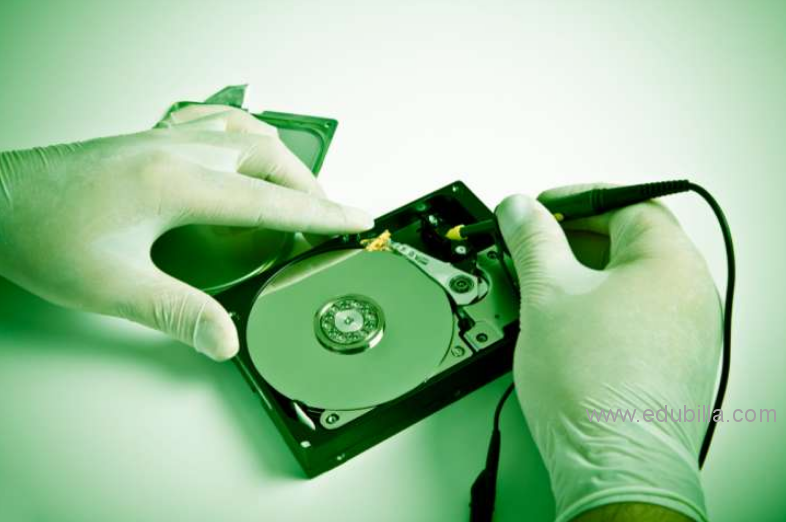