Apple iMac was introduced in 1998 and its innovative design was directly the result of Jobs's return to Apple. Apple boasted "the back of our computer looks better than the front of anyone else's."Described as "cartoonlike", the first iMac, clad in Bondi Blue plastic, was unlike any personal computer that came before. In 1999, Apple introduced the Graphite gray Apple iMac and since has varied the shape, colour and size considerably while maintaining the all-in-one design. Design ideas were intended to create a connection with the user such as the handle and a breathing light effect when the computer went to sleep.The Apple iMac sold for $1,299 at that time. The iMac also featured some technical innovations, such as having USB ports as the only device inputs. This latter change resulted, through the iMac's success, in the interface being popularised among third party peripheral makers – as evidenced by the fact that many early USB peripherals were made of translucent plastic (to match the iMac design).

The original iMac was the first legacy-free PC.It was the first Macintosh computer to have a USB port but no floppy disk drive. Subsequently, all Macs have included USB. Via the USB port, hardware makers could make products compatible with both x86 PCs and Macs. Previously, Macintosh users had to seek out certain hardware, such as keyboards and mice specifically tailored for the "old world" Mac's unique ADB interface and printers and modems with MiniDIN-8 serial ports. Only a limited number of models from certain manufacturers were made with these interfaces, and often came at a premium price. USB, being cross-platform, has allowed Macintosh users to select from a large selection of devices marketed for the Wintel PC platform, such as hubs, scanners, storage devices, USB flash drives, and mice. After the iMac, Apple continued to remove older peripheral interfaces and floppy drives from the rest of its product line. 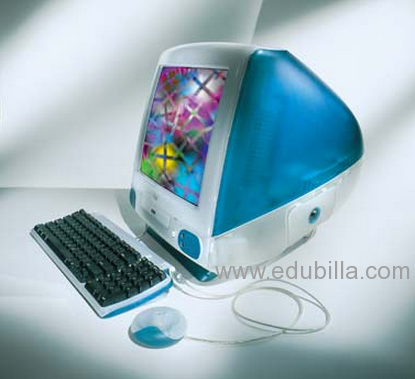 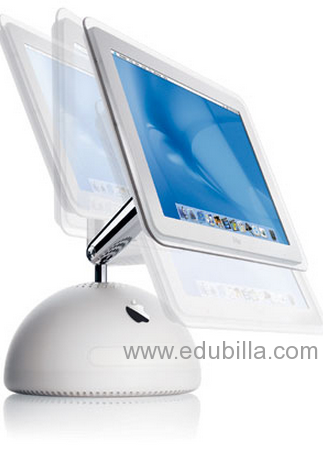