Email is the electronic version of the interoffice, inter-organizational paper-based mail system. Email is not simply the exchange of text messages. Email is really a system, a system of interlocking parts, each of which is essential for ordinary people to communicate effectively with one or many others, in an environment where different kinds of information must be shared (memos, documents, files, etc.) i.e. the modern office environment.

The History of Invention Email

In 1979, as a 14-year-old high school student at Livingston High School in New Jersey,Shiva Ayyadurai,an American scientist of Indian origin, inventor and entrepreneur,who began his work on an email system for the University of Medicine and Dentistry of New Jersey.His task was to emulate the paper-based interoffice mail system then in use at the medical school.In 1982, he copyrighted his software, called "EMAIL", as well as the program's user documentation. Two years later, he copyrighted "EMS", which included EMAIL and other programs.

A November 2011 Time Techland interview by Doug Aamoth entitled "The Man Who Invented Email" argued that Ayyadurai's program represented the birth of email "as we currently know it". In that interview, Ayyadurai recalled that Les Michelson, the former particle scientist at Brookhaven National Labs who assigned Ayyadurai the project, had the idea of creating an electronic mail system that uses the header conventions of a hardcopy memorandum. Ayyadurai recalled Michelson as saying: "Your job is to convert that into an electronic format. Nobody's done that before."

In February 2012, the Smithsonian National Museum of American History announced that Ayyadurai had donated "a trove of documents and code" related to EMAIL. The museum initially and inaccurately cited the program as one of the first to include the now common "subject and body fields, inboxes, outboxes, cc, bcc, attachments, and others. He based these elements directly off of the interoffice mail memos the doctors had been using for years, in hopes of convincing people to actually use the newfangled technology."Ayyadurai's claims drew editorial clarifications and corrections, as well as criticism from industry observers. In a followup to its acquisition announcement, the Smithsonian stated that it was not claiming that Ayyadurai had invented email, but rather that the materials were historically notable for other reasons related to trends in computer education and the role of computers in medicine.The Smithsonian statement distinguished Ayyadurai's achievement by noting that historians in the field, "have largely focused on the use of large networked computers, especially those linked to the ARPANET in the early 1970s."

The statement pointed out that Ayyadurai's approach instead "focused on communications between linked computer terminals in an ordinary office situation."The Washington Post also followed up with a correction of errors in its earlier report on the Smithsonian acquisition:

A previous version of this article incorrectly referred to V.A. Shiva Ayyadurai as the inventor of electronic messaging. This version has been corrected. The previous, online version of this story also incorrectly cited Ayyadurai's invention as containing, "The lines of code that produced the first 'bcc,' 'cc,' 'to' and 'from' fields." These features were outlined in earlier documentation separate from Ayyadurai's work. The original headline also erroneously implied that Ayyadurai had been "honored by the Smithsonian" as the "inventor of email." Dr. Ayyadurai was not honored for inventing electronic messaging. The Smithsonian National Museum of American History incorporated the paperwork documenting the creation of his program into their collection. A previous version also incorrectly stated that had Ayyadurai "pursued a patent, it could have significantly stunted the technology's growth even as it had the potential to make him incredibly wealthy." At the time, patents were not awarded for the creation of software.

Writing for Gizmodo, Sam Biddle argued that email was developed a decade before EMAIL, beginning with Ray Tomlinson's sending the first text letter between two computers in 1971. Biddle quoted Tomlinson: "We had most of the headers needed to deliver the message (to:, cc:, etc.) as well as identifying the sender (from:) and when the message was sent (date:) and what the message was about." Biddle allowed for the possibility that Ayyadurai may have coined the term "EMAIL" and used the header terms without being aware of earlier work, but maintained that the historical record isn't definitive on either point. Biddle wrote that "laying claim to the name of a product that's the generic term for a universal technology gives you acres of weasel room. But creating a type of airplane named AIRPLANE doesn't make you Wilbur Wright."

Writing on the Special Interest Group Computers, Information and Society website, Thomas Haigh, a historian of information technology at the University of Wisconsin, wrote that "Ayyadurai is, to the best of my knowledge, the only person to have claimed for him or herself the title 'inventor of email.'" Haigh argued that while EMAIL was impressive for a teenager's work, it contained no features that were not present on previous electronic mail systems and had no obvious influence on later systems. "The most striking thing about Ayyadurai's claim to have invented electronic mail is how late it comes. Somehow it took him thirty years to alert the world to his greatest achievement." Haigh traced the history of electronic mail to the Compatible Time Sharing System at the Massachusetts Institute of Technology, as well as to Tomlinson's SNDMSG program,writing in the Communications of the ACM that by 1980, "electronic mail had been in use at MIT for 15 years, Xerox had built a modern, mouse-driven graphical email system for office communication, Compuserve was selling email access to the public, and email had for many years been the most popular application on what was soon to become the Internet." Another computer historian, Marc Weber, a curator at the Computer History Museum, said that by 1978, "nearly all the features we're familiar with today had appeared on one system or another over the previous dozen years", including emoticons, mailing lists, flame wars, and spam.

David Crocker, a member of the ARPANET research community, believed that the origins of email were not in dispute until this controversy. Writing in the Washington Post on the history of email, he asserted that the technology came from many innovators. "The reports incorrectly credited [EMAIL's] author, a 14-year old in the late 1970s, as the 'inventor' of email, long after it had become an established service on the ARPANET."

Ayyadurai characterized the earlier work of Tomlinson, Tom Van Vleck and others as text messaging, rather than an electronic version of an interoffice mail system.Responding to his critics on his personal website,Ayyadurai described his program EMAIL as "the first of its kind -- a fully integrated, database-driven, electronic translation of the interoffice paper mail system derived from the ordinary office situation. It provided the electronic equivalents and features of mail receipt and transmission including: the inbox, outbox, drafts, address book, carbon copies, registered mail, ability to forward, broadcast along with a host of other features that users take for granted in Web-based email programs such as Gmail and Hotmail. To the best of my knowledge, I was the first to design, implement, test and deploy these features in an everyday office situation. This was and is email as we know it today." Ayyadurai maintained that EMAIL was the first electronic mail system to integrate an easy-to-use user interface, a word processor, a relational database, and a modular inter-communications protocol "integrated together in one single and holistic platform to ensure high-reliability and user-friendliness network-wide."

Ayyadurai has presented a press release on his webpage asserting that his undergraduate professor Noam Chomsky of MIT's Department of Linguistics and Philosophy also supported his claims.

After the controversy unfolded, MIT disassociated itself from Ayyadurai's EMAIL Lab and funding was dropped. MIT also revoked Ayyadurai's contract to lecture at the bioengineering department. 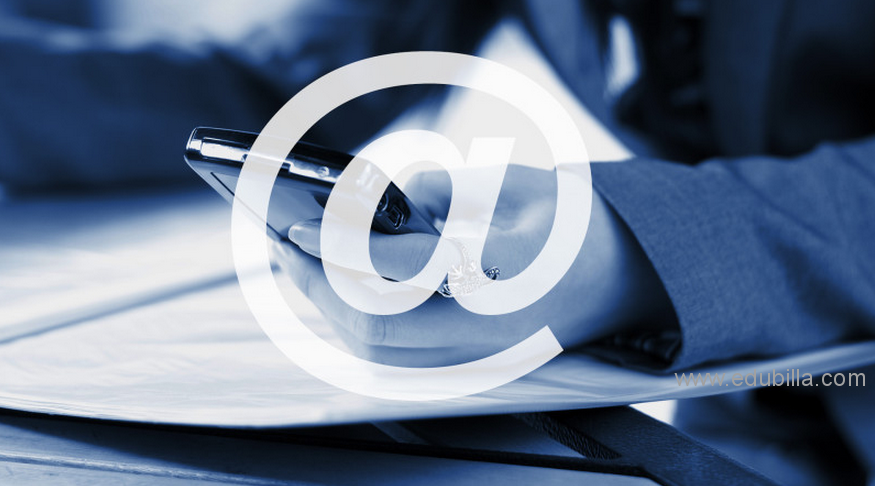 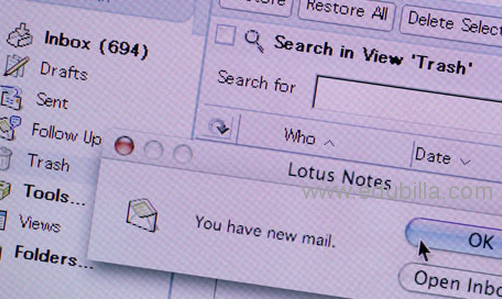