A bulletin board system is a computer server running custom software that allows users to connect to the system using a terminal program. Once logged in, the user can perform functions such as uploading and downloading software and data, reading news and bulletins, and exchanging messages with other users through email, public message boards, and sometimes via direct chatting. Many BBSes also offer on-line games, in which users can compete with each other, and BBSes with multiple phone lines often provide chat rooms, allowing users to interact with each other. Bulletin board systems were in many ways a precursor to the modern form of the World Wide Web, social networks and other aspects of the Internet. Low-cost, high-performance modems drove online use through the early 1990s, both online services and BBSes. Infoworld estimated there were 60,000 BBS systems serving 17 million users in the US alone in 1994, a collective market much larger than the major online services like CompuServe.

Early modems were generally very simple devices using acoustic couplers to handle telephone operation. The user would first pick up the phone, dial a number, then press the handset into rubber cups on the top of the modem. Disconnecting at the end of a call required the user to pick up the handset and return it to the phone. Examples of direct-connecting modems did exist, and these often allowed the host computer to send it commands to answer or hang up calls, but these were very expensive devices used by large banks and similar companies.

With the introduction of microcomputers with expansion slots, like the S-100 bus machines and Apple II, it became possible for the modem to communicate instructions and data on separate lines. A number of modems of this sort were available by the late 1970s. This made the BBS possible for the first time, as it allowed software on the computer to pick up an incoming call, communicate with the user, and then hang up the call when the user logged off.

The first public dial-up BBS was developed by Ward Christensen and Randy Suess. According to an early interview, when Chicago was snowed under during the Great Blizzard of 1978, the two began preliminary work on the Computerized Bulletin Board System, or CBBS. The system came into existence largely through a fortuitous combination of Christensen having a spare S-100 bus computer and an early Hayes internal modem, and Suess's insistence that the machine be placed at his house in Chicago where it would be a local phone call to millions of users. Christensen patterned the system after the cork board his local computer club used to post information like "need a ride". CBBS officially went online on 16 February 1978.CBBS, which kept a count of callers, reportedly connected 253,301 callers before it was finally retired. 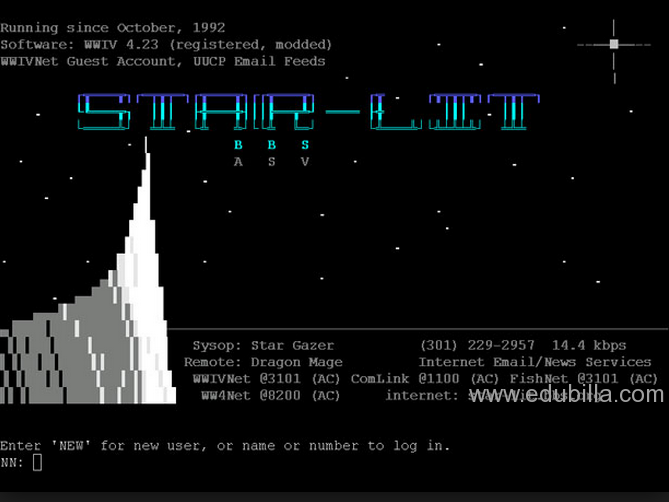