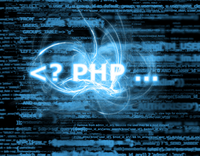 PHP is a server-side scripting language created in 1995 and designed for web development but also used as a general-purpose programming language. As of January 2013, PHP was installed on more than 240 million websites (39% of those sampled) and 2.1 million web servers.Originally created by Rasmus Lerdorf in 1994,the reference implementation of PHP (powered by the Zend Engine) is now produced by The PHP Group.While PHP originally stood for Personal Home Page,it now stands for PHP: Hypertext Preprocessor, which is a recursive backronym.

PHP development began in 1994 when Rasmus Lerdorf wrote a series of Common Gateway Interface (CGI) binaries in C,which he used to maintain his personal homepage. He extended them to add the ability to work with web forms and to communicate with databases, and called this implementation "Personal Home Page/Forms Interpreter" or PHP/FI.

PHP/FI could be used to build simple, dynamic web applications. Lerdorf initially announced the release of PHP/FI as "Personal Home Page Tools (PHP Tools) version 1.0" publicly to accelerate bug location and improve the code, on the Usenet discussion group comp.infosystems.www.authoring.cgi on June 8, 1995.This release already had the basic functionality that PHP has as of 2013. This included Perl-like variables, form handling, and the ability to embed HTML. The syntax resembled that of Perl but was simpler, more limited and less consistent.

One criticism of PHP is that it was not originally designed, but instead it was developed organically;among other things, this has led to inconsistent naming of functions and inconsistent ordering of their parameters.In some cases, the function names were chosen to match the lower-level libraries which PHP was "wrapping",while in some very early versions of PHP the length of the function names was used internally as a hash function, so names were chosen to improve the distribution of hash values.

Zeev Suraski and Andi Gutmans rewrote the parser in 1997 and formed the base of PHP 3, changing the language's name to the recursive acronym PHP: Hypertext Preprocessor.Afterwards, public testing of PHP 3 began, and the official launch came in June 1998. Suraski and Gutmans then started a new rewrite of PHP's core, producing the Zend Engine in 1999.They also founded Zend Technologies in Ramat Gan, Israel.

On July 13, 2004, PHP 5 was released, powered by the new Zend Engine II.PHP 5 included new features such as improved support for object-oriented programming, the PHP Data Objects (PDO) extension (which defines a lightweight and consistent interface for accessing databases), and numerous performance enhancements.In 2008 PHP 5 became the only stable version under development. Late static binding had been missing from PHP and was added in version 5.3.

Many high-profile open-source projects ceased to support PHP 4 in new code as of February 5, 2008, because of the GoPHP5 initiative,provided by a consortium of PHP developers promoting the transition from PHP 4 to PHP 5.

Over time, PHP interpreters became available on most existing 32-bit and 64-bit operating systems, either by building them from the PHP source code, or by using pre-built binaries.For the PHP versions 5.3 and 5.4, the only available Microsoft Windows binary distributions were 32-bit x86 builds,requiring Windows 32-bit compatibility mode while using Internet Information Services (IIS) on a 64-bit Windows platform. PHP version 5.5 made the 64-bit x86-64 builds available for Microsoft Windows. 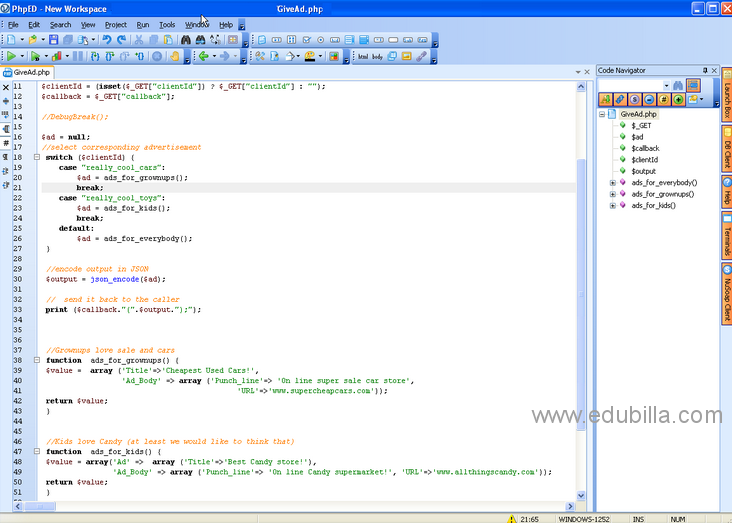 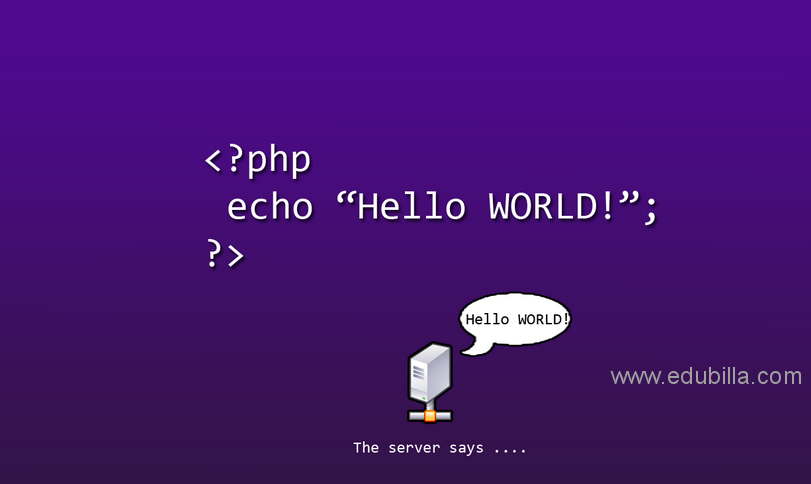