Konrad Zuse's greatest achievement was the world's first programmable computer; the functional program-controlled during-complete Z3 became operational in May 1941. Thanks to this machine and its predecessors, Zuse has often been regarded as the inventor of the modern computer.

The Z1 was a mechanical computer designed by Konrad Zuse from 1935 to 1936 and built by him from 1936 to 1938. It was a binary electrically driven mechanical calculator with limited programmability, reading instructions from punched tape.

The Z1 was the first freely programmable computer in the world which used Boolean logic and binary floating point numbers, however it was unreliable in operation.It was completed in 1938 and financed completely from private funds. This computer was destroyed in the bombardment of Berlin in December 1943, during World War II, together with all construction plans.

The Z1 was the first in a series of computers that Zuse designed. Its original name was "V1" for VersuchsModell 1 (meaning Experimental Model 1). After WW2, it was renamed "Z1" to differentiate from the flying bombs designed by Robert Lusser.The Z2 and Z3 were follow-ups based on many of the same ideas as the Z1.

The Z2 was a mechanical and relay computer created by Konrad Zuse in 1939. It was an improvement on the Z1, using the same mechanical memory but replacing the arithmetic and control logic with electrical relay circuits. Photographs and plans for the Z2 were destroyed by the Allied bombing during World War II. In contrast to the Z1, the Z2 used 16-bit fixed-point arithmetic instead of 22-bit floating point.

The Z3 was an electromechanical computer designed by Konrad Zuse. It was the world's first working programmable, fully automatic digital computer.The Z3 was built with 2000 relays, implementing a 22-bit word length that operated at a clock frequency of about 5–10 Hz.Program code and data were stored on punched film.

The Z3 was completed in Berlin in 1941. The German Aircraft Research Institute used it to perform statistical analyses of wing flutter.Zuse asked the German government for funding to replace the relays with fully electronic switches, but funding was denied during World War II since such development was deemed "not war-important".The original Z3 was destroyed in 1943 during an Allied bombardment of Berlin. A fully functioning replica was built in the 1960s by Zuse's company, Zuse KG, and is on permanent display in the Deutsches Museum. The Z3 was demonstrated in 1998 to be, in principle, Turing-complete.

Thanks to this machine and its predecessors, Konrad Zuse is often regarded as the inventor of the computer.

The Z4 was the world's first commercial digital computer, designed by German engineer Konrad Zuse and built by his company Zuse Apparatebau between 1942 and 1945.The Z4 was Zuse's final target for the Z3 design, and like it, was an electromechanical machine.

Zuse was unable to convince the Nazi government to support his work for a computer based on electronic valves. The Germans thought they were close to winning the War and felt no need to support further research.

The Z1 through Z3 models were destroyed during the war along with Zuse Apparatebau, the first computer company that Zuse formed in 1940. Zuse left for Zurich to finish his work on the Z4, smuggling the Z4 from Germany in a military truck, which he hid in stables on route to Zurich, Switzerland. He completed and installed the Z4 in the Applied Mathematics Division of Zurich's Federal Polytechnical Institute, in use there until 1955. The Z4 had a mechanical memory with a capacity of 1,024 words and several card readers. Zuse no longer had to use movie film to store programs; he could now use punched cards. The Z4 had punches and various facilities to enable flexible programming including address translation and conditional branching. In 1949, he moved back to Germany to form a second company called Zuse KG for the construction and marketing of his designs. Zuse later rebuilt models of the Z3 in 1960 and the Z1 in 1984. 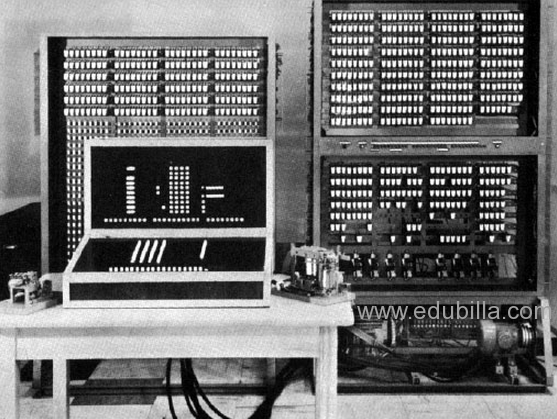 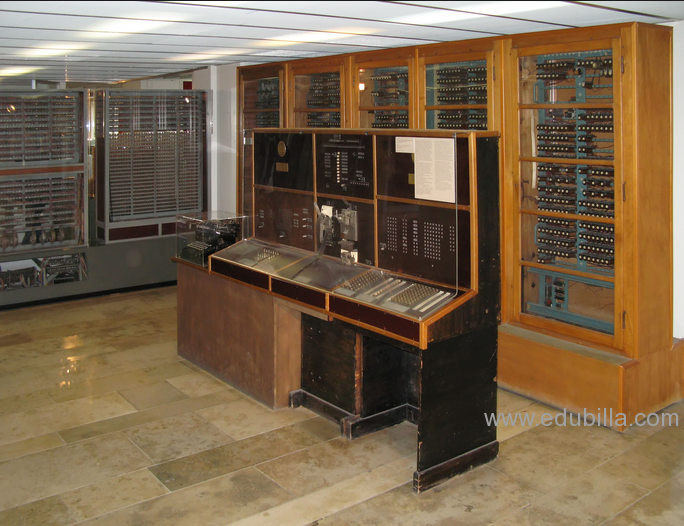