The slide rule, also known colloquially in the United States as a slipstick,is a mechanical analog computer.The slide rule is used primarily for multiplication and division, and also for functions such as roots, logarithms and trigonometry, but is not normally used for addition or subtraction. Though similar in name and appearance to a standard ruler, the slide rule is not ordinarily used for measuring length or drawing straight lines.

The slide rule was invented around 1620–1630, shortly after John Napier's publication of the concept of the logarithm. Edmund Gunter of Oxford developed a calculating device with a single logarithmic scale, which, with additional measuring tools, could be used to multiply and divide. The first description of this scale was published in Paris in 1624 by Edmund Wingate (c.1593–1656), an English mathematician, in a book entitled L'usage de la reigle de proportion en l'arithmetique & geometrie. The book contains a double scale on one side of which is a logarithmic scale and on the other a tabular scale. In 1630, William Oughtred of Cambridge invented a circular slide rule, and in 1632 he combined two Gunter rules, held together with the hands, to make a device that is recognizably the modern slide rule. Like his contemporary at Cambridge, Isaac Newton, Oughtred taught his ideas privately to his students, but delayed in publishing them, and like Newton, he became involved in a vitriolic controversy over priority, with his one-time student Richard Delamain and the prior claims of Wingate. Oughtred's ideas were only made public in publications of his student William Forster in 1632 and 1653.

In 1677, Henry Coggeshall created a two-foot folding rule for timber measure, called the Coggeshall slide rule. His design and uses for the tool gave the slide rule purpose outside of mathematical inquiry.

In 1722, Warner introduced the two- and three-decade scales, and in 1755 Everard included an inverted scale, a slide rule containing all of these scales is usually known as a ""polyphase"" rule.

In 1815, Peter Mark Roget invented the log log slide rule, which included a scale displaying the logarithm of the logarithm. This allowed the user to directly perform calculations involving roots and exponents. This was especially useful for fractional powers.

In 1821, Nathaniel Bowditch, in the American Practical Navigator, described the use of a ""sliding rule"" that contained scales trigonometric functions on the fixed part and a line of log-sines and log-tans on the slider. This device was used to solve navigation problems.

In 1845, Paul Cameron of Glasgow introduced the Nautical Slide-Rule. designed to answer questions of navigation including right ascension and declination of the sun and principal stars.

The more modern form was created in 1859 by French artillery lieutenant Amédée Mannheim, ""who was fortunate in having his rule made by a firm of national reputation and in having it adopted by the French Artillery."" It was around that time, as engineering became a recognized professional activity, that slide rules came into wide use in Europe. They did not become common in the United States until 1881, when Edwin Thacher introduced a cylindrical rule there. The duplex rule was invented by William Cox in 1891, and was produced by Keuffel and Esser Co. of New York.

Astronomical work also required fine computations, and in 19th-century Germany a steel slide rule about 2 meters long was used at one observatory. It had a microscope attached, giving it accuracy to six decimal places.

Throughout the 1950s and 1960s the slide rule was the symbol of the engineer's profession (in the same way that the stethoscope symbolizes the medical profession).German rocket scientist Wernher von Braun brought two 1930s vintage Nestler slide rules with him when he moved to the U.S. after World War 2 to work on the American space program. Throughout his life he never used any other pocket calculating devices; slide rules served him perfectly well for making quick estimates of rocket design parameters and other figures.

Aluminium Pickett-brand slide rules were carried on Project Apollo space missions. The Pickett model N600-ES that was taken to the moon on Apollo 13 in 1970 is owned by the National Air and Space Museum.The Pickett N600-ES that was owned by Buzz Aldrin and flew with him to the moon on Apollo 11 was sold at auction in 2007.Some engineering students and engineers carried ten-inch slide rules in belt holsters, and even into the mid-1970s this was a common sight on campuses. Students also might keep a ten- or twenty-inch rule for precision work at home or the office while carrying a five-inch pocket slide rule around with them.

In 2004, education researchers David B. Sher and Dean C. Nataro conceived a new type of slide rule based on prosthaphaeresis, an algorithm for rapidly computing products that predates logarithms. There has been little practical interest in constructing one beyond the initial prototype, however. 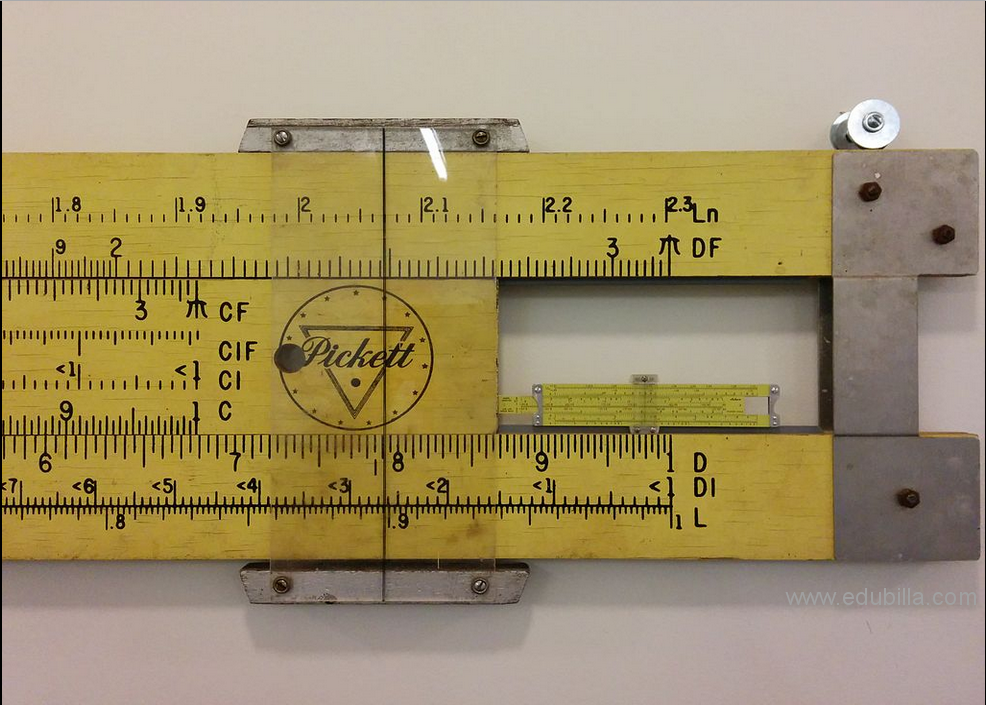 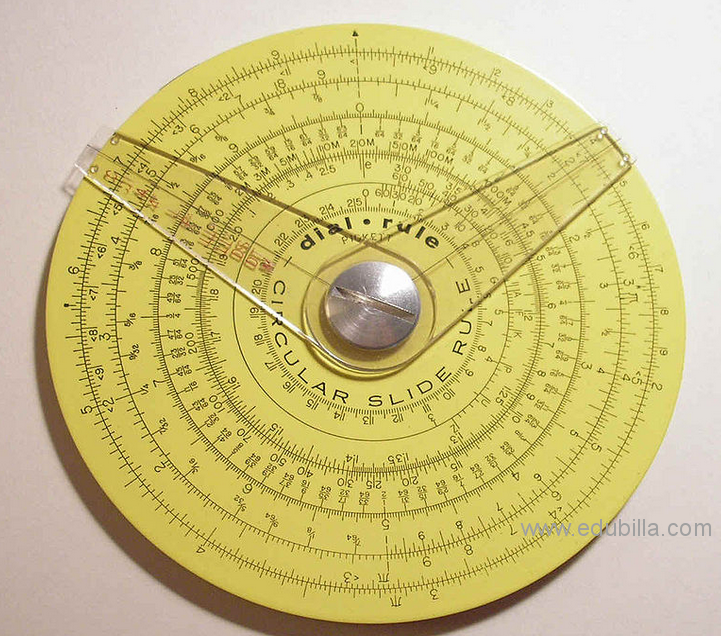