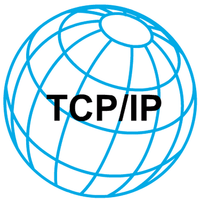 The Internet's open and efficient TCP/IP protocol is the foundation of an inter-networking design has made it the most widely used network protocol in the world.

While it's true that both Vinton Cerf and Bob Kahn made of their many of their own notable accomplishments, it was their partnership that drove the creation of the TCP/IP protocol as one of the core components of the Internet.

The partnership can be traced back to when Cerf was a graduate student at UCLA and Kahn, who was working on hardware for the ARPANET. But it wasn't until 1973 that when Kahn, who as then working for Defense Advanced Research Projects Agency (DARPA), rejoined his UCLA colleague to create the TCP/IP protocol.

With so many different network methods, something was needed to unify them. Robert E. Kahn of DARPA and ARPANET recruited Vinton Cerf of Stanford University to work with him on the problem. By 1973, they had worked out a fundamental reformulation, where the differences between network protocols were hidden by using a common internetwork protocol, and instead of the network being responsible for reliability, as in the ARPANET, the hosts became responsible. Cerf credits Hubert Zimmermann, Gerard LeLann and Louis Pouzin (designer of the CYCLADES network) with important work on this design.

The specification of the resulting protocol, RFC 675 – Specification of Internet Transmission Control Program, by Vinton Cerf, Yogen Dalal and Carl Sunshine, Network Working Group, December 1974, contains the first attested use of the term internet, as a shorthand for internetworking; later RFCs repeat this use, so the word started out as an adjective rather than the noun it is today.

With the role of the network reduced to the bare minimum, it became possible to join almost any networks together, no matter what their characteristics were, thereby solving Kahn's initial problem. DARPA agreed to fund development of prototype software, and after several years of work, the first demonstration of a gateway between the Packet Radio network in the SF Bay area and the ARPANET was conducted by the Stanford Research Institute. On November 22, 1977 a three network demonstration was conducted including the ARPANET, the SRI's Packet Radio Van on the Packet Radio Network and the Atlantic Packet Satellite network.

Stemming from the first specifications of TCP in 1974, TCP/IP emerged in mid-late 1978 in nearly final form. By 1981, the associated standards were published as RFCs 791, 792 and 793 and adopted for use. DARPA sponsored or encouraged the development of TCP/IP implementations for many operating systems and then scheduled a migration of all hosts on all of its packet networks to TCP/IP. On January 1, 1983, known as flag day, TCP/IP protocols became the only approved protocol on the ARPANET, replacing the earlier NCP protocol. 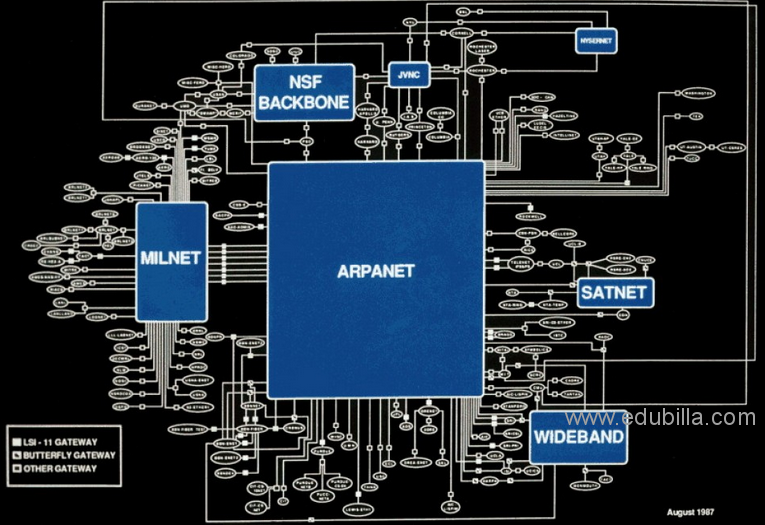 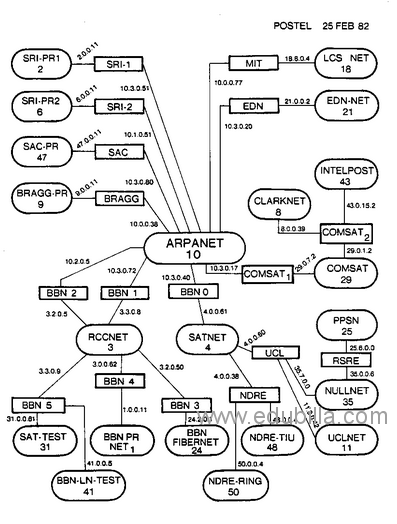