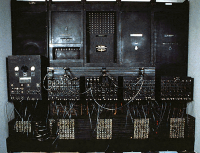 ENIAC, the first programmable general-purpose electronic digital computer, built during World War II by the United States. In the United States, government funding during the war went to a project led by John Mauchly, J. Presper Eckert, Jr., and their colleagues at the Moore School of Electrical Engineering at the University of Pennsylvania; their objective was an all-electronic computer. Under contract to the army and under the direction of Herman Goldstine, work began in early 1943 on ENIAC. The next year, mathematician John von Neumann—already on full-time leave from the Institute for Advanced Studies (IAS), in Princeton, N.J., for various government research projects (including the Manhattan Project)—began frequent consultations with the group.

ENIAC was the most powerful calculating device built to date. It was the first programmable general-purpose electronic digital computer. Like Charles Babbage’s Analytical Engine (from the 19th century) and the British World War II computer Colossus, it had conditional branching—that is, it had the ability to execute different instructions or to alter the order of execution of instructions based on the value of some data. (For instance, IF X>5 THEN GO TO LINE 23.) This gave ENIAC a lot of flexibility and meant that, while it was built for a specific purpose, it could be used for a wider range of problems.

ENIAC was enormous. It occupied the 50-by-30-foot (15-by-9-metre) basement of the Moore School, where its 40 panels were arranged, U-shaped, along three walls. Each of the units was about 2 feet wide by 2 feet deep by 8 feet high (0.6 metre by 0.6 metre by 2.4 metres). With approximately 18,000 vacuum tubes, 70,000 resistors, 10,000 capacitors, 6,000 switches, and 1,500 relays, it was easily the most complex electronic system theretofore built. ENIAC ran continuously (in part to extend tube life), generating 150 kilowatts of heat, and could execute up to 5,000 additions per second, several orders of magnitude faster than its electromechanical predecessors. It and subsequent computers employing vacuum tubes are known as first-generation computers. (With 1,500 mechanical relays, ENIAC was still transitional to later, fully electronic computers.)

Completed by February 1946, ENIAC had cost the government $400,000, and the war it was designed to help win was over. Its first task was doing calculations for the construction of a hydrogen bomb. A portion of the machine is on exhibit at the Smithsonian Institution in Washington, D.C. 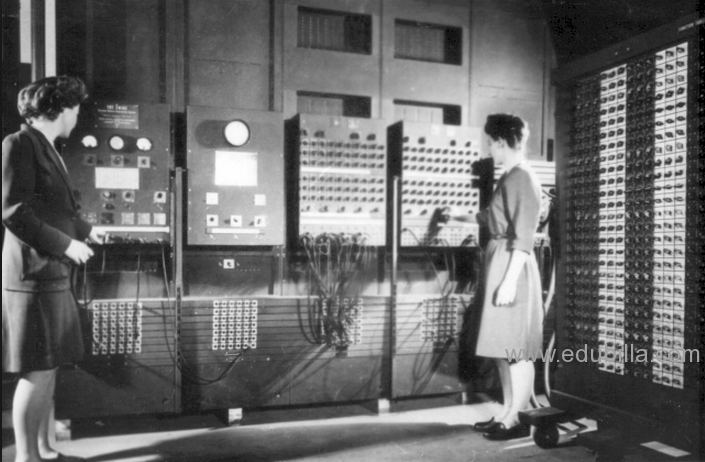 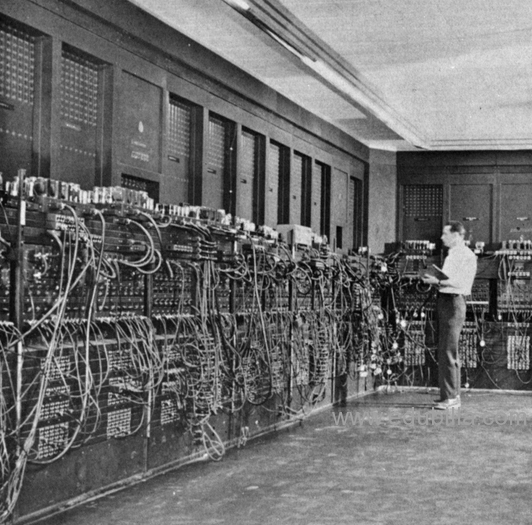