The pointing stick operates by sensing applied force, by using a pair of resistive strain gauges. A pointing stick can be used by pushing with the fingers in the general direction the user wants the cursor to move. The velocity of the pointer depends on the applied force so increasing pressure causes faster movement. The relation between pressure and cursor or pointer speed can be adjusted, similar to the way the mouse speed is adjusted in a traditional desktop computer.

On a QWERTY keyboard, the stick is typically embedded between the "G", "H" and "B" keys, and the mouse buttons are placed just below the space bar. The mouse buttons can be operated right-handed or left-handed due to their placement below the keyboard along the centerline. This pointing device has also appeared next to screens on compact-sized laptops such as Toshiba Libretto, Sony VAIO UX, etc.

In 1984, Ted Selker, a researcher at PARC, worked on a pointing stick based on a study that a typist needs a relatively long 0.75 sec to shift the hand from the keyboard to the mouse, and comparable time to shift back. Selker built a model of a device that would minimize this time. It was only three years later, working at IBM, that Selker refined his design, resulting in the TrackPoint product for which IBM received US patents in 1996. 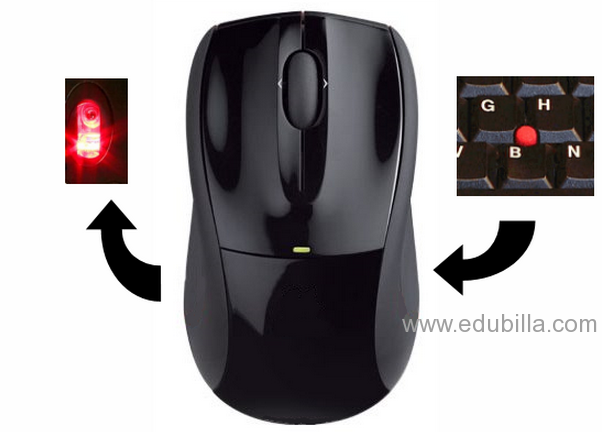 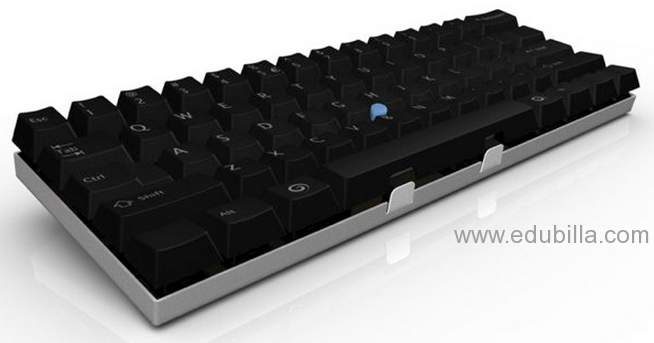