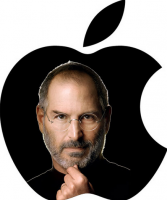 Steve Jobs (1955 – 2011) was an American entrepreneur, marketer, and inventor,who was the cofounder, chairman, and CEO of Apple Inc. Through Apple, he was widely recognized as a charismatic and design-driven pioneer of the personal computer revolution and for his influential career in the computer and consumer electronics fields, transforming "one industry after another, from computers and smartphones to music and movies."Jobs also funded what would become Pixar Animation Studios; he became a member of the board of directors of The Walt Disney Company in 2006, when Disney acquired Pixar. Jobs was among the first to see the commercial potential of Xerox PARC's mouse-driven graphical user interface, which led to the creation of the Apple Lisa and a year later, the original Macintosh. He played a role in introducing the LaserWriter, the first laser printer to feature vector graphics that started desktop publishing to the market.

Jobs was born in San Francisco, California on February 24, 1955 and named "Steven Paul".Schieble wanted Jobs to only be adopted by college graduates. When Schieble learned that Clara Jobs had not graduated from college and Paul Jobs had only attended high school, she initially refused the adoption. She later signed the final adoption papers only after Paul and Clara promised her that the child would attend college.Jobs would later become upset when Paul and Clara were referred to as "adoptive parents," stating instead that they "were my parents 1,000%." With regard to his biological parents, Jobs referred to them as "my sperm and egg bank. That’s not harsh, it’s just the way it was, a sperm bank thing, nothing more.”

Jobs attended Cupertino Junior High and Homestead High School in Cupertino, California.At Homestead, Jobs became friends with Bill Fernandez, a neighbor who shared the same interests in electronics. Jobs also met his first girlfriend, the painter Chrisann Brennan, at Homestead in 1972. He was a senior, she was a junior, and they continued to have an intermittent romantic relationship until 1977.During his period at homestead, his two closest friends were Chrisann and Steve Wozniak, a computer and electronics whiz kid, who was nicknamed "Woz."Bill Fernandez introduced Woz (who was his neighbor) to Jobs. In 1969 Wozniak started building a little computer board with Fernandez that they named "The Cream Soda Computer", which they showed to Jobs; he was really interested.Wozniak has said that they called it the Cream Soda Computer because he and Fernandez drank cream soda all the time while they worked on it. He and Jobs went to the same high school, although they did not know each other from classes.

Jobs graduated from Homestead in 1972. Before leaving for Reed College in the fall, Jobs and Brennan rented a house from their other roommate, Al.During the summer, Brennan, Jobs, and Steve Wozniak found an advertisement posted on the De Anza College bulletin board for a job that required people to dress up as characters from Alice in Wonderland. Brennan portrayed Alice while Wozniak, Jobs, and Al portrayed the While Rabbit and the Mad Hatter.

In the Fall, Jobs enrolled at Reed College in Portland, Oregon. Reed was an expensive college which Paul and Clara could ill afford. They were spending much of their life savings on their son's higher education.Brennan remained involved with Jobs while he was at Reed College.She also met his Reed friend Daniel Kottke for the first time.Brennan (who was now a senior at Homestead) did not have plans to attend college, and was supportive of Jobs when he told her he planned to drop out of Reed because he didn't want to spend his parent's money on it (neither her father nor Jobs' adoptive parents had gone to college). He continued to attend by auditing classes ( including a course on calligraphy), but since he was no longer an official student, Brennan stopped visiting him. Jobs later asked her to come and live with him in a house he rented near to the Reed campus, but she refused. He had started seeing other women, and she was interested in someone she met in her art class. Brennan speculates that the house was Jobs' attempt to make their relationship monogamous again.In a 2005 commencement speech for Stanford University, Jobs states that during this period, he slept on the floor in friends' dorm rooms, returned Coke bottles for food money, and got weekly free meals at the local Hare Krishna temple.In that same speech, Jobs said: "If I had never dropped in on that single calligraphy course in college, the Mac would have never had multiple typefaces or proportionally spaced fonts."

Jobs began attending meetings of the Homebrew Computer Club with Wozniak in 1975.He greatly admired Edwin H. Land, the inventor of instant photography and founder of Polaroid Corporation, and would explicitly model his own career after that of Land's.

In 1976, Wozniak invented the Apple I computer. After Wozniak showed it to Jobs, who suggested that they sell it, they and Ronald Wayne formed Apple Computer in the garage of Jobs's parents in order to sell it.Wayne stayed only a short time, leaving Jobs and Wozniak as the active primary cofounders of the company.They received funding from a then-semi-retired Intel product marketing manager and engineer Mike Markkula.Scott McNealy, one of the cofounders of Sun Microsystems, said that Jobs broke a "glass age ceiling" in Silicon Valley because he'd created a very successful company at a young age.

In early 1984, Apple introduced the Macintosh, which was based on The Lisa (and Xerox PARC's mouse-driven graphical user interface).The following year, Apple aired a Super Bowl television commercial titled "1984." At Apple's annual shareholders meeting on January 24, 1984, an emotional Jobs introduced the Macintosh to a wildly enthusiastic audience; Andy Hertzfeld described the scene as "pandemonium."

While Jobs was a persuasive and charismatic director for Apple, some of his employees from that time described him as an erratic and temperamental manager. Disappointing sales caused a deterioration in Jobs's working relationship with Sculley, which devolved into a power struggle between the two. Jobs kept meetings running past midnight, sent out lengthy faxes, then called new meetings at 7:00 am.

In 1985, during an April 10 & 11 board meeting, Apple's board of directors gave Sculley the authority to remove Jobs from all roles, except chairman, to reassign him to an undetermined position. John delayed a reassignment. But when Sculley learned that Jobs—who believed Sculley to be "bad for Apple" and the wrong person to lead the company—had been attempting to organize a boardroom coup, called a board meeting to resolve the matter. On May 24, Apple's board of directors sided with Sculley once again and removed Jobs from his managerial duties as head of the Macintosh division. Bereft of duties and exiled from the rest of the company to an otherwise-empty building, Jobs stopped coming to work and later resigned as chairman.After unsuccessfully applying to fly on the Space Shuttle as a civilian astronaut, and briefly considering starting a computer company in the Soviet Union,he resigned from Apple five months later.

Jobs died at his Palo Alto, California, home around 3 p.m. on October 5, 2011, due to complications from a relapse of his previously treated islet-cell neuroendocrine pancreatic cancer,resulting in respiratory arrest.He had lost consciousness the day before, and died with his wife, children, and sisters at his side.

Awards and Honours by years are as follows,

2013: Posthumously inducted as a Disney Legend.

2012: Grammy Trustees Award, an award for those who have influenced the music industry in areas unrelated to performance.

2007: Jobs was inducted into the California Hall of Fame, located at The California Museum for History, Women and the Arts.

2007: Jobs was named the most powerful person in business by Fortune magazine. 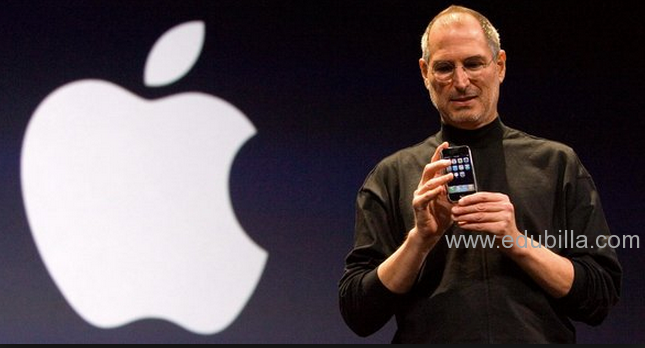 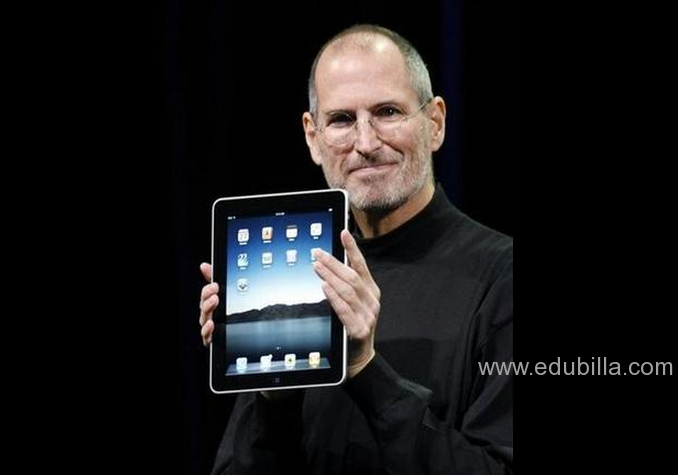