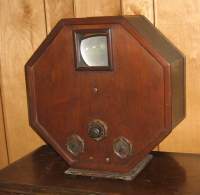 Television is a way of sending and receiving moving images and sounds over wires or through the air by electrical impulses. The big breakthrough in technology was the ability to send sound and pictures over the air. The word television comes from the Greek prefix tele and the Latin word vision or “seeing from a distance.” The TV camera converts images into electrical impulses, which are sent along cables, or by radio waves, or satellite to a television receiver where they are changed back into a picture.

As with most inventions, television’s development depended upon previous inventions, and more than one individual contributed to the development of television, as we know it today. People started experimenting with television during the 19th century.

In England in 1878, John Loggie Baird, a Scottish amateur scientist, successfully transmitted the first TV picture, after years of work, in 1926, with his mechanical system. Baird’s system used a mechanical camera consisting of a large spinning disc, with a spiral of holes that Paul Nipkow had developed in 1884. This old mechanical technology was quickly replaced by superior electronic television.

Philo Farnsworth successfully demonstrated electronic television in San Francisco, in 1927. Farnsworth, at the age of fifteen, began imagining ways that electronic television could work. One day while working in the fields among rows of vegetables, he was inspired. He realized that a picture could be dissected by a simple television camera into a series of lines of electricity. The lines would be transmitted so quickly that the eyes would merge the lines. Then, a cathode ray tube television receiver would change those lines back into a picture. Initially, television was available only in black and white, even though experiments with color began in the 1920s; however, you could not buy a color television until 1953.

Nobel laureate Ferdinand Braun invented the cathode ray tube, the basis of all modern television cameras and receivers. Vladimir Zworykin improved television with the invention of a completely electric camera–the Iconoscope, and a receiver–the Kinescope, which both used a cathode ray tube. David Sarnoff, head of RCA and founder of the NBC television network, backed his powerful belief in the possibilities of television with financial backing by hiring Zworykin and purchasing the rights to use Farnsworth’s image dissector in RCA products. 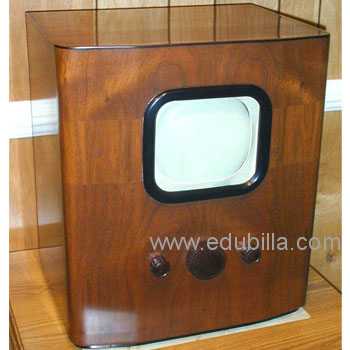 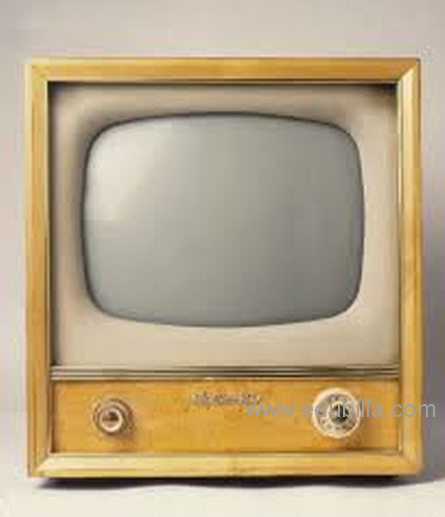