A vacuum cleaner is a device that uses an air pump to create a partial vacuum to suck up dust and dirt, usually from floors, and optionally from other surfaces as well. The dirt is collected by either a dustbag or a cyclone for later disposal. Vacuum cleaners, which are used in homes as well as in industry, exist in a variety of sizes and models— small battery-operated hand-held devices, domestic central vacuum cleaners, huge stationary industrial appliances that can handle several hundred litres of dust before being emptied, and self-propelled vacuum trucks for recovery of large spills or removal of contaminated soil.

The motorized vacuum cleaner was invented by Hubert Cecil Booth of England in 1901.As Booth recalled decades later, that year he attended "a demonstration of an American machine by its inventor" at the Empire Music Hall in London. The inventor is not named, but Booth's description of the machine conforms fairly closely to Thurman's design, as modified in later patents. Booth watched a demonstration of the device, which blew dust off the chairs, and thought that "...if the system could be reversed, and a filter inserted between the suction apparatus and the outside air, whereby the dust would be retained in a receptacle, the real solution of the hygienic removal of dust would be obtained."He tested the idea by laying a handkerchief on the seat of a restaurant chair, putting his mouth to the handkerchief, and then trying to suck up as much dust as he could onto the handkerchief. Upon seeing the dust and dirt collected on the underside of the handkerchief, he realized the idea could work.

Booth created a large device,driven by an internal combustion engine. Nicknamed the "Puffing Billy",Booth's first petrol-powered, horse-drawn vacuum cleaner relied upon air drawn by a piston pump through a cloth filter. It did not contain any brushes; all the cleaning was done by suction through long tubes with nozzles on the ends. Although the machine was too bulky to be brought into the building, its principles of operation were essentially the same as the vacuum cleaners of today. He followed this up with an electric-powered model, but both designs were extremely bulky, and had to be transported by horse and carriage. The term "vacuum cleaner" was first used by the company set up to market Booth's invention, in its first issued prospectus of 1901.

Booth initially did not attempt to sell his machine, but rather sold cleaning services. The vans of the British Vacuum Cleaner Company (BVCC) were bright red; uniformed operators would haul hose off the van and route it through the windows of a building to reach all the rooms inside. Booth was harassed by complaints about the noise of his vacuum machines and was even fined for frightening horses.Gaining the royal seal of approval, Booth's motorized vacuum cleaner was used to clean the carpets of Westminster Abbey prior to Edward VII's coronation in 1901.The device was used by the Royal Navy to improve the level of sanitation in the naval barracks. It was also used in businesses such as theatres and shops, although the device was too large to be feasibly used as a domestic appliance.

Booth received his first patents on 18 February and 30 August 1901.Booth started the BVCC and refined his invention over the next several decades. Though his "Goblin" model lost out to competition from Hoover in the household vacuum market, his company successfully turned its focus to the industrial market, building ever-larger models for factories and warehouses. Booth's company, now BVC, lives on today as a unit of pneumatic tube system maker Quirepace Ltd.

The American industry was established by the New Jersey inventor David T. Kenney between 1903 and 1913. Membership in the Vacuum Cleaner Manufacturers' Association, formed in 1919, was limited to licensees under his patents. 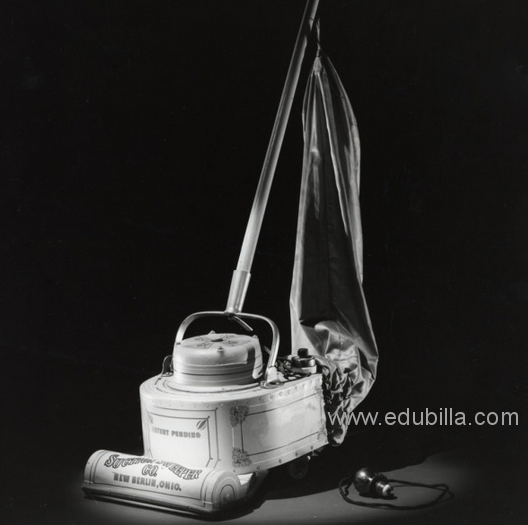 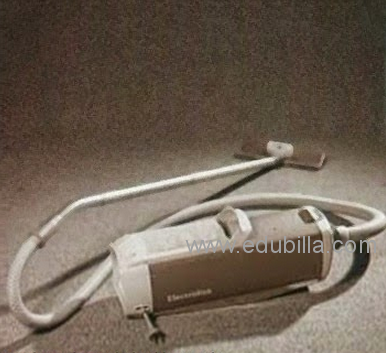