A mercury-vapor lamp is a gas discharge lamp that uses an electric arc through vaporized mercury to produce light. The arc discharge is generally confined to a small fused quartz arc tube mounted within a larger borosilicate glass bulb. The outer bulb may be clear or coated with a phosphor; in either case, the outer bulb provides thermal insulation, protection from the ultraviolet radiation the light produces, and a convenient mounting for the fused quartz arc tube.

Mercury vapor lamps are more energy efficient than incandescent and most fluorescent lights, with luminous efficacies of 35 to 65 lumens/watt.Their other advantages are a long bulb lifetime in the range of 24,000 hours and a high intensity, clear white light output.For these reasons, they are used for large area overhead lighting, such as in factories, warehouses, and sports arenas as well as for streetlights. Clear mercury lamps produce white light with a bluish-green tint due to mercury's combination of spectral lines.This is not flattering to human skin color, so such lamps are typically not used in retail stores."Color corrected" mercury bulbs overcome this problem with a phosphor on the inside of the outer bulb that emits white light. They offer better color rendition than the more efficient high or low-pressure sodium vapor lamps.

They operate at an internal pressure of around one atmosphere and require special fixtures, as well as an electrical ballast. They also require a warm-up period of 4 – 7 minutes to reach full light output. Mercury vapor lamps are becoming obsolete due to the higher efficiency and better color balance of metal halide lamps.

The first mercury vapor lamp was invented in 1901 by American engineer Peter Cooper Hewitt.Hewitt was issued U.S. Patent 682,692 on September 17, 1901.In 1903, Hewitt created an improved version that possessed higher color qualities which eventually found widespread industrial use. The ultraviolet light from mercury vapor lamps was applied to water treatment by 1910. The Hewitt lamps used a large amount of mercury. In the 1930s, improved lamps of the modern form, developed by the Osram-GEC company, General Electric company and others led to widespread use of mercury vapor lamps for general lighting.

The mercury in the tube is a liquid at normal temperatures. It needs to be vaporized and ionized before the tube will conduct electricity and the arc can start. So, like fluorescent tubes, mercury vapor lamps require a starter, which is usually contained within the mercury vapor lamp itself. A third electrode is mounted near one of the main electrodes and connected through a resistor to the other main electrode. In addition to the mercury, the tube is filled with argon gas at low pressure. When power is applied, there is sufficient voltage to ionize the argon and strike a small arc between the starting electrode and the adjacent main electrode. This starting arc discharge heats the mercury and eventually provides enough ionized mercury to strike an arc between the main electrodes. This process takes from 4 to 7 minutes, so mercury lamps are slow starting. Some bulbs include a thermal switch which shorts the starting electrode to the adjacent main electrode, extinguishing the starting arc once the main arc strikes. 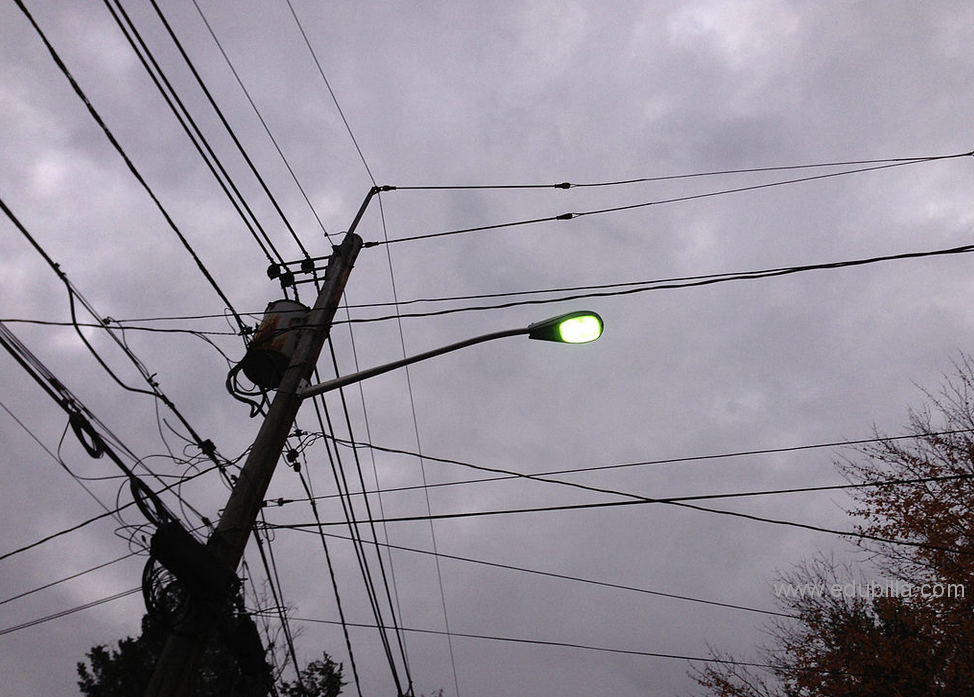 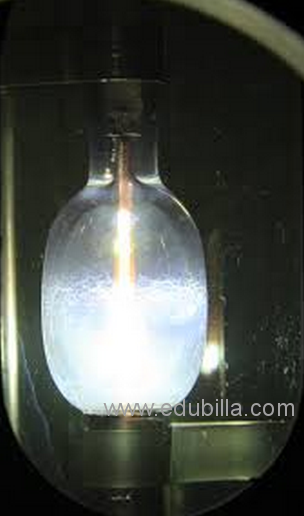