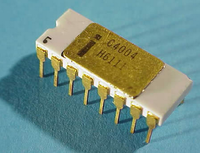 A microprocessor is a computer processor that incorporates the functions of a computer's central processing unit (CPU) on a single integrated circuit (IC),or at most a few integrated circuits.The microprocessor is a multipurpose, programmable device that accepts digital data as input, processes it according to instructions stored in its memory, and provides results as output. It is an example of sequential digital logic, as it has internal memory. Microprocessors operate on numbers and symbols represented in the binary numeral system.

Ted Hoff, the Intel engineer assigned to evaluate the project, believed the Busicom design could be simplified by using dynamic RAM storage for data, rather than shift register memory, and a more traditional general-purpose CPU architecture. Hoff came up with a four–chip architectural proposal: a ROM chip for storing the programs, a dynamic RAM chip for storing data, a simple I/O device and a 4-bit central processing unit (CPU). Although not a chip designer, he felt the CPU could be integrated into a single chip, but as he lacked the technical know-how the idea remained just a wish for the time being.

While the architecture and specifications of the MCS-4 came from the interaction of Hoff with Stanley Mazor, a software engineer reporting to him, and with Busicom engineer Masatoshi Shima, during 1969, Mazor and Hoff moved on to other projects. In April 1970, Intel hired Italian-born engineer Federico Faggin as project leader, a move that ultimately made the single-chip CPU final design a reality (Shima meanwhile designed the Busicom calculator firmware and assisted Faggin during the first six months of the implementation). Faggin, who originally developed the silicon gate technology (SGT) in 1968 at Fairchild Semiconductor and designed the world’s first commercial integrated circuit using SGT, the Fairchild 3708, had the correct background to lead the project into what would become the first commercial general purpose microprocessor. Since SGT was his very own invention, it in addition to his new methodology for random logic design made it possible to implement a single-chip CPU with the proper speed, power dissipation and cost. The manager of Intel's MOS Design Department was Leslie L. Vadász at the time of the MCS-4 development, but Vadasz's attention was completely focused on the mainstream business of semiconductor memories and he left the leadership and the management of the MCS-4 project to Faggin, who was ultimately responsible for leading the 4004 project to its realization. Production units of the 4004 were first delivered to Busicom in March 1971 and shipped to other customers in late 1971. 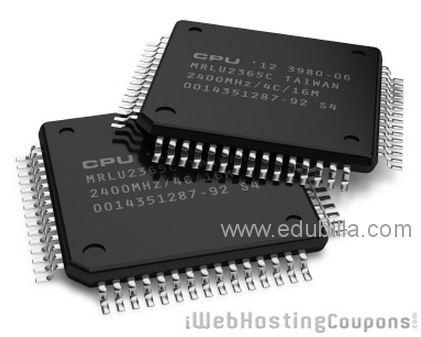 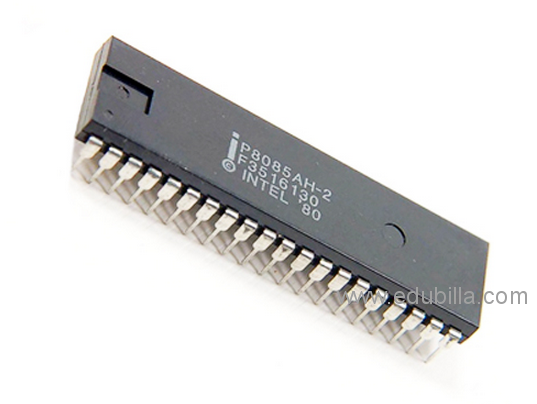