A pentode is an electronic device having five active electrodes. The term most commonly applies to a three-grid amplifying vacuum tube (thermionic valve), which was invented by Gilles Holst and Bernhard D.H. Tellegen in 1926.The pentode consists of an evacuated glass envelope containing five electrodes in this order: a cathode heated by a filament, a control grid, a screen grid, a suppressor grid, and a plate (anode). The pentode (called a "triple-grid amplifier" in some early literature) was developed from the tetrode tube by the addition of a third grid, the suppressor grid. This served to prevent secondary emission electrons emitted by the plate from reaching the screen grid, which caused instability and parasitic oscillations in the tetrode. The pentode is closely related to the beam tetrode. Pentodes were widely used in industrial and consumer electronic equipment such as radios and televisions until the 1960s, when they were replaced by transistors. Their main use now is in high power industrial applications such as radio transmitters. The obsolete consumer tubes are still used in a few legacy and specialty vacuum tube audio devices.

Pentode tubes were first used in consumer-type radio receivers. A well-known pentode type, the EF50, was designed before the start of World War II, and was extensively used in radar sets and other military electronic equipment. The pentode contributed to the electronic preponderance of the Allies.

After World War II, pentodes were widely used in TV receivers, particularly the successor to the EF50, the EF80. Vacuum tubes were replaced by transistors during the 1960s. However, they continue to be used in certain applications, including high-power radio transmitters and (because of their well-known valve sound) in high-end and professional audio applications, microphone preamplifiers and electric guitar amplifiers. Large stockpiles in countries of the former Soviet Union have provided a continuing supply of such devices, some designed for other purposes but adapted to audio use, such as the GU-50 transmitter tube. 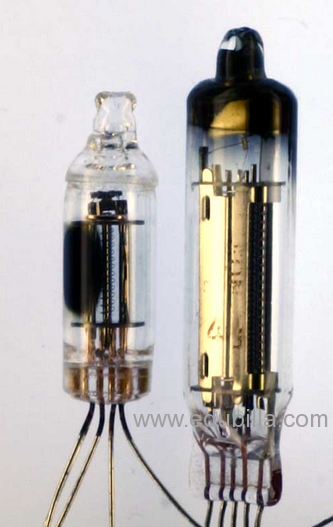 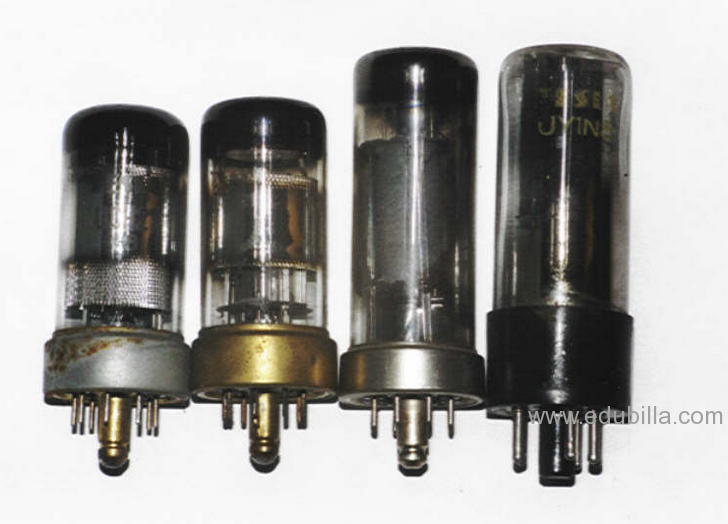