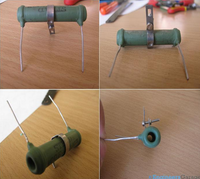 Samuel Hunter Christie was a British scientist and mathematician.He was particularly interested in magnetism, studying the earth's magnetic field and designing improvements to the magnetic compass. Some of his magnetic research was done in collaboration with Peter Barlow. He became a Fellow of the Royal Society in 1826, delivered their Bakerian Lecture in 1833 and served as their Secretary from 1837 to 1853. In 1833 he published his 'diamond' method, the forerunner of the Wheatstone bridge, in a paper on the magnetic and electrical properties of metals, as a method for comparing the resistances of wires of different thicknesses. However, the method went unrecognised until 1843, when Charles Wheatstone proposed it, in another paper for the Royal Society, for measuring resistance in electrical circuits. Although Wheatstone presented it as Christie's invention, it is his name, rather than Christie's, that is now associated with the device.

Where continuous adjustment of the resistance value during operation of equipment is required, the sliding resistance tap can be connected to a knob accessible to an operator. Such a device is called a rheostat and has two terminals.

Accurate, high-resolution panel-mounted potentiometers (or "pots") have resistance elements typically wirewound on a helical mandrel, although some include a conductive-plastic resistance coating over the wire to improve resolution. These typically offer ten turns of their shafts to cover their full range. They are usually set with dials that include a simple turns counter and a graduated dial. Electronic analog computers used them in quantity for setting coefficients, and delayed-sweep oscilloscopes of recent decades included one on their panels.

A resistance decade box or resistor substitution box is a unit containing resistors of many values, with one or more mechanical switches which allow any one of various discrete resistances offered by the box to be dialed in. Usually the resistance is accurate to high precision, ranging from laboratory/calibration grade accuracy of 20 parts per million, to field grade at 1%. Inexpensive boxes with lesser accuracy are also available. All types offer a convenient way of selecting and quickly changing a resistance in laboratory, experimental and development work without needing to attach resistors one by one, or even stock each value. The range of resistance provided, the maximum resolution, and the accuracy characterize the box. For example, one box offers resistances from 0 to 100 megohms, maximum resolution 0.1 ohm, accuracy 0.1%.

There are various devices whose resistance changes with various quantities. The resistance of NTC thermistors exhibit a strong negative temperature coefficient, making them useful for measuring temperatures. Since their resistance can be large until they are allowed to heat up due to the passage of current, they are also commonly used to prevent excessive current surges when equipment is powered on. Similarly, the resistance of a humistor varies with humidity. One sort of photodetector, the photoresistor, has a resistance which varies with illumination.

The strain gauge, invented by Edward E. Simmons and Arthur C. Ruge in 1938, is a type of resistor that changes value with applied strain. A single resistor may be used, or a pair (half bridge), or four resistors connected in a Wheatstone bridge configuration. The strain resistor is bonded with adhesive to an object that will be subjected to mechanical strain. With the strain gauge and a filter, amplifier, and analog/digital converter, the strain on an object can be measured.

A related but more recent invention uses a Quantum Tunnelling Composite to sense mechanical stress. It passes a current whose magnitude can vary by a factor of 1012 in response to changes in applied pressure. 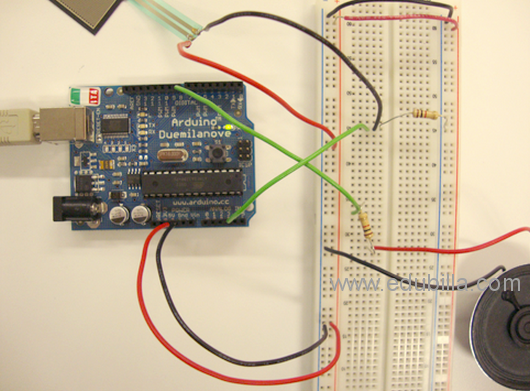