A Faraday cage or Faraday shield is an enclosure formed by conductive material or by a mesh of such material. Such an enclosure blocks external static and non-static electric fields by channeling electricity along and around, but not through, the mesh, providing constant voltage on all sides of the enclosure. Since the difference in voltage is the measure of electrical potential, no current flows through the space.

Michael Faraday invented the “cages” in 1836, and they were named after him, but Benjamin Franklin also made a great contribution to “Faraday Cage” development and application.

Faraday noticed that the conductor charge (on a charged conductor) did not influence anything that was enclosed within; the charge resided only on the exterior. Faraday constructed a room, coated the entire room with metal foil, and used an electrostatic generator to create high-voltage discharges that stroke the outside of his metal foil-coated room. He found no electric charge on the inside walls. Faraday used an electroscope to prove this.

In 1755, Benjamin Franklin discovered what we now call “A Faraday Cage”, in his own experiment. He used a cork ball and a can. The cork was suspended on a thread and put into the can through a small opening. Franklin found that the cork wasn’t attracted to the inside, although it did touch the bottom; when drawn out, the cork was not electrified. If it touched the outside, it would have been electrified.

Faraday cages shield their contents from static electric fields. An electric field is a force field surrounding a charged particle, such as an electron or proton.

These cages often look distinctly, well, cagelike. Some are as simple as chain-link fences or ice pails. Others use a fine metallic mesh. Regardless of their exact appearance, all Faraday cages take electrostatic charges, or even certain types of electromagnetic radiation, and distribute them around the exterior of the cage.

Electromagnetic radiation is all around us. It's in visible and ultraviolet light, in the microwaves that cook our food and even in the FM and AM radio waves that pump music through our radios. But sometimes, this radiation is undesirable and downright disruptive. That's where Faraday cages come in.

That basic function has plenty of fascinating uses in our electrically cluttered and technology-packed world. And although Faraday would eventually have his day, the backdrop for his invention actually has its roots in earlier times. 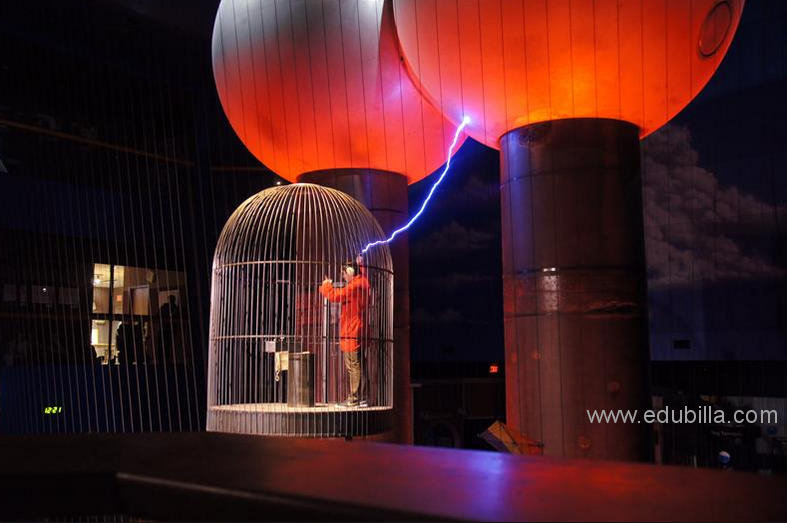 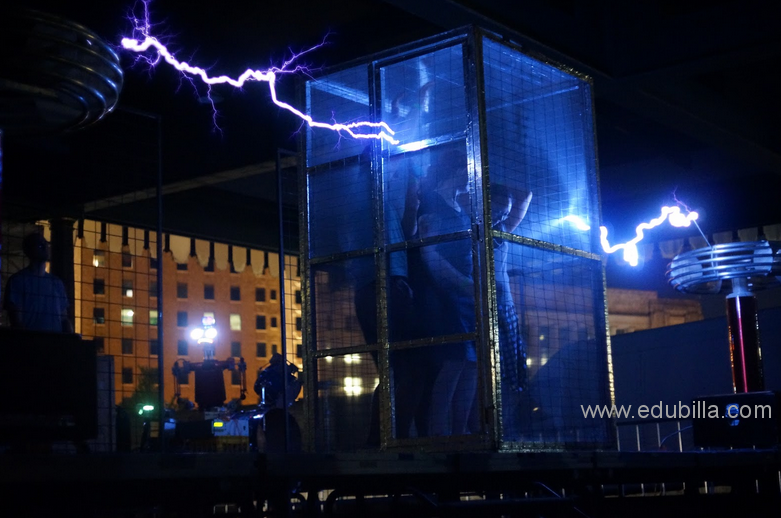