Blu-ray is a digital optical disc data storage format. It was designed to supersede the DVD format, in that it is capable of storing high-definition video resolution (1080p). The plastic disc is 120 mm in diameter and 1.2 mm thick, the same size as DVDs and CDs.Conventional (pre-BD-XL) Blu-ray Discs contain 25 GB per layer, with dual layer discs (50 GB) being the industry standard for feature-length video discs. Triple layer discs (100 GB) and quadruple layers (128 GB) are available for BD-XL re-writer drives.The name "Blu-ray" refers to the blue laser (specifically, a violet laser) used to read the disc, which allows information to be stored at a greater density than is possible with the longer-wavelength red laser used for DVDs. The main application of Blu-ray is as a medium for video material such as feature films and physical distribution of video games for the PlayStation 3, PlayStation 4 and Xbox One. Besides the hardware specifications, Blu-ray is associated with a set of multimedia formats.

Dr. Nakamura said the project of synthesizing commercial grade blue LED was assigned to him. We were all going after the blue ,it was the holy grail. That was because with blue, you could have all the primary colors and thereby the entire palette. He also noted how, at the time his research began, some large Japanese corporations were spending ¥10 billion a year. He was working at a small company without a research budget, but his firm at the time was really serious about results, so he poured his heart into it. At some point, the firm tried to get him to move on to other projects, but he would not budge. After working single-mindedly and incessantly for 10 years, he decided to consider himself as having left the company. I went to the founder, saying I want to do the research, and he said go ahead and do it, and he gave me the wherewithal to do the research. I did it out of desperation, and it's just lucky that I got paid, he recounted.

Professor Nakamura may have single-handedly changed the technological face of the world. His discovery of p-type doping in Gallium Nitride (GaN) and development of blue, green, and white light emitting diodes (LEDs) and blue laser diodes (LDs) has enabled energy efficient, solid-state lighting used in displays, medicine, and the next generation of Blu-Ray optical storage. Now, Dr. Nakamura’s inventions are poised to replace Thomas Edison’s light bulb and save the world billions of dollars in energy costs. 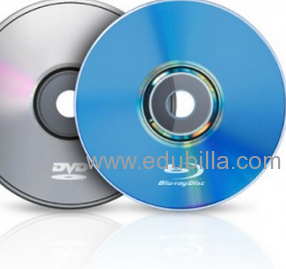