Pulse-code modulation (PCM) is a method used to digitally represent sampled analog signals. It is the standard form of digital audio in computers, Compact Discs, digital telephony and other digital audio applications. In a PCM stream, the amplitude of the analog signal is sampled regularly at uniform intervals, and each sample is quantized to the nearest value within a range of digital steps.

Reeves recognised the potential that pulse-code modulation had for reducing noise when speech is transmitted over long distances. With an analogue signal, every time the signal is amplified, the noise contained in the signal is also amplified and new, additional noise is added. With pulse code modulation, all that is required is to regenerate the pulses, hence the noise content of the signal is not increased. Reeves patented the invention in 1938. Unfortunately his idea required quite complex circuitry (by 1930s standards), that was not cost-effective, using valves. Pulse code modulation was not used commercially until the 1950s, when the invention of the transistor made it viable, although it was used by Bell Telephone Laboratories during the Second World War for secure communications links, such as the SIGSALY system used for encrypted voice communications between Roosevelt and Churchill. 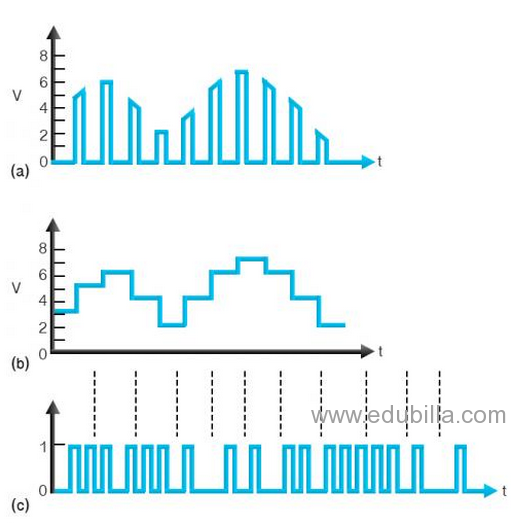