In normal motoring mode, most electric motors operate through the interaction between an electric motor's magnetic field and winding currents to generate force within the motor. In certain applications, such as in the transportation industry with traction motors, electric motors can operate in both motoring and generating or braking modes to also produce electrical energy from mechanical energy.

Found in applications as diverse as industrial fans, blowers and pumps, machine tools, household appliances, power tools, and disk drives, electric motors can be powered by direct current (DC) sources, such as from batteries, motor vehicles or rectifiers, or by alternating current (AC) sources, such as from the power grid, inverters or generators. Small motors may be found in electric watches. General-purpose motors with highly standardized dimensions and characteristics provide convenient mechanical power for industrial use. The largest of electric motors are used for ship propulsion, pipeline compression and pumped-storage applications with ratings reaching 100 megawatts. Electric motors may be classified by electric power source type, internal construction, application, type of motion output, and so on.

Electric motors are used to produce linear or rotary force (torque), and should be distinguished from devices such as magnetic solenoids and loudspeakers that convert electricity into motion but do not generate usable mechanical powers, which are respectively referred to as actuators and transducers.

Perhaps the first electric motors were simple electrostatic devices created by the Scottish monk Andrew Gordon in the 1740s.The theoretical principle behind production of mechanical force by the interactions of an electric current and a magnetic field, Ampère's force law, was discovered later by André-Marie Ampère in 1820. The conversion of electrical energy into mechanical energy by electromagnetic means was demonstrated by the British scientist Michael Faraday in 1821. A free-hanging wire was dipped into a pool of mercury, on which a permanent magnet (PM) was placed. When a current was passed through the wire, the wire rotated around the magnet, showing that the current gave rise to a close circular magnetic field around the wire.This motor is often demonstrated in physics experiments, brine substituting for toxic mercury. Though Barlow's wheel was an early refinement to this Faraday demonstration, these and similar homopolar motors were to remain unsuited to practical application until late in the century.

In 1827, Hungarian physicist Ányos Jedlik started experimenting with electromagnetic coils. After Jedlik solved the technical problems of the continuous rotation with the invention of commutator, he called his early devices "electromagnetic self-rotors". Although they were used only for instructional purposes, in 1828 Jedlik demonstrated the first device to contain the three main components of practical DC motors: the stator, rotor and commutator. The device employed no permanent magnets, as the magnetic fields of both the stationary and revolving components were produced solely by the currents flowing through their windings.

After many other more or less successful attempts with relatively weak rotating and reciprocating apparatus the German-speaking Prussian Moritz von Jacobi created the first real rotating electric motor in May 1834 that actually developed a remarkable mechanical output power. His motor set a world record which was improved only four years later in September 1838 by Jacobi himself. His second motor was powerful enough to drive a boat with 14 people across a wide river. It was not until 1839/40 that other developers worldwide managed to build motors of similar and later also of higher performance.

The first commutator DC electric motor capable of turning machinery was invented by the British scientist William Sturgeon in 1832.Following Sturgeon's work, a commutator-type direct-current electric motor made with the intention of commercial use was built by the American inventor Thomas Davenport, which he patented in 1837. The motors ran at up to 600 revolutions per minute, and powered machine tools and a printing press.Due to the high cost of primary battery power, the motors were commercially unsuccessful and Davenport went bankrupt. Several inventors followed Sturgeon in the development of DC motors but all encountered the same battery power cost issues. No electricity distribution had been developed at the time. Like Sturgeon's motor, there was no practical commercial market for these motors.

In 1855, Jedlik built a device using similar principles to those used in his electromagnetic self-rotors that was capable of useful work.He built a model electric vehicle that same year.

The first commercially successful DC motors followed the invention by Zénobe Gramme who had in 1871 developed the anchor ring dynamo which solved the double-T armature pulsating DC problem. In 1873, Gramme found that this dynamo could be used as a motor, which he demonstrated to great effect at exhibitions in Vienna and Philadelphia by connecting two such DC motors at a distance of up to 2 km away from each other, one as a generator.

In 1886, Frank Julian Sprague invented the first practical DC motor, a non-sparking motor that maintained relatively constant speed under variable loads. Other Sprague electric inventions about this time greatly improved grid electric distribution (prior work done while employed by Thomas Edison), allowed power from electric motors to be returned to the electric grid, provided for electric distribution to trolleys via overhead wires and the trolley pole, and provided controls systems for electric operations. This allowed Sprague to use electric motors to invent the first electric trolley system in 1887–88 in Richmond VA, the electric elevator and control system in 1892, and the electric subway with independently powered centrally controlled cars, which were first installed in 1892 in Chicago by the South Side Elevated Railway where it became popularly known as the "L". Sprague's motor and related inventions led to an explosion of interest and use in electric motors for industry, while almost simultaneously another great inventor was developing its primary competitor, which would become much more widespread. The development of electric motors of acceptable efficiency was delayed for several decades by failure to recognize the extreme importance of a relatively small air gap between rotor and stator. Efficient designs have a comparatively small air gap.The St. Louis motor, long used in classrooms to illustrate motor principles, is extremely inefficient for the same reason, as well as appearing nothing like a modern motor.

Application of electric motors revolutionized industry. Industrial processes were no longer limited by power transmission using line shafts, belts, compressed air or hydraulic pressure. Instead every machine could be equipped with its own electric motor, providing easy control at the point of use, and improving power transmission efficiency. Electric motors applied in agriculture eliminated human and animal muscle power from such tasks as handling grain or pumping water. Household uses of electric motors reduced heavy labor in the home and made higher standards of convenience, comfort and safety possible. Today, electric motors stand for more than half of the electric energy consumption in the US.

In 1824, the French physicist François Arago formulated the existence of rotating magnetic fields, termed Arago's rotations, which, by manually turning switches on and off, Walter Baily demonstrated in 1879 as in effect the first primitive induction motor.In the 1880s, many inventors were trying to develop workable AC motors because AC's advantages in long distance high voltage transmission were counterbalanced by the inability to operate motors on AC. Practical rotating AC induction motors were independently invented by Galileo Ferraris and Nikola Tesla, a working motor model having been demonstrated by the former in 1885 and by the latter in 1887. In 1888, the Royal Academy of Science of Turin published Ferraris's research detailing the foundations of motor operation while however concluding that "the apparatus based on that principle could not be of any commercial importance as motor."In 1888, Tesla presented his paper A New System for Alternating Current Motors and Transformers to the AIEE that described three patented two-phase four-stator-pole motor types: one with a four-pole rotor forming a non-self-starting reluctance motor, another with a wound rotor forming a self-starting induction motor, and the third a true synchronous motor with separately excited DC supply to rotor winding. One of the patents Tesla filed in 1887, however, also described a shorted-winding-rotor induction motor. George Westinghouse promptly bought Tesla's patents, employed Tesla to develop them, and assigned C. F. Scott to help Tesla, Tesla leaving for other pursuits in 1889.The constant speed AC induction motor was found not to be suitable for street cars but Westinghouse engineers successfully adapted it to power a mining operation in Telluride, Colorado in 1891.Steadfast in his promotion of three-phase development, Mikhail Dolivo-Dobrovolsky invented the three-phase cage-rotor induction motor in 1889 and the three-limb transformer in 1890. This type of motor is now used for the vast majority of commercial applications.However, he claimed that Tesla's motor was not practical because of two-phase pulsations, which prompted him to persist in his three-phase work.Although Westinghouse achieved its first practical induction motor in 1892 and developed a line of polyphase 60 hertz induction motors in 1893, these early Westinghouse motors were two-phase motors with wound rotors until B. G. Lamme developed a rotating bar winding rotor.The General Electric Company began developing three-phase induction motors in 1891.By 1896, General Electric and Westinghouse signed a cross-licensing agreement for the bar-winding-rotor design, later called the squirrel-cage rotor.Induction motor improvements flowing from these inventions and innovations were such that a 100 horsepower (HP) induction motor currently has the same mounting dimensions as a 7.5 HP motor in 1897. 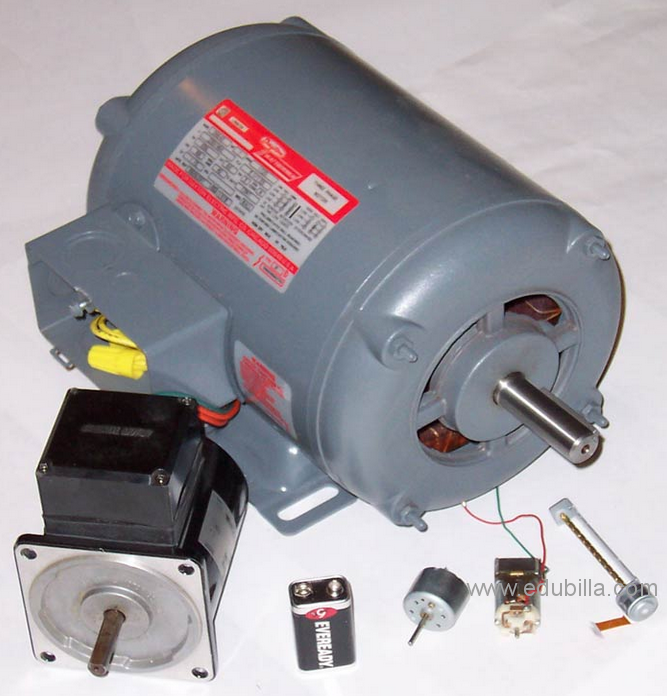 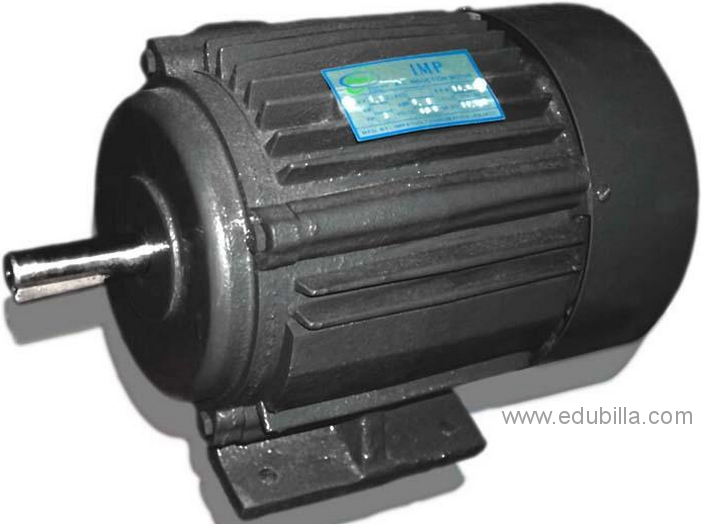